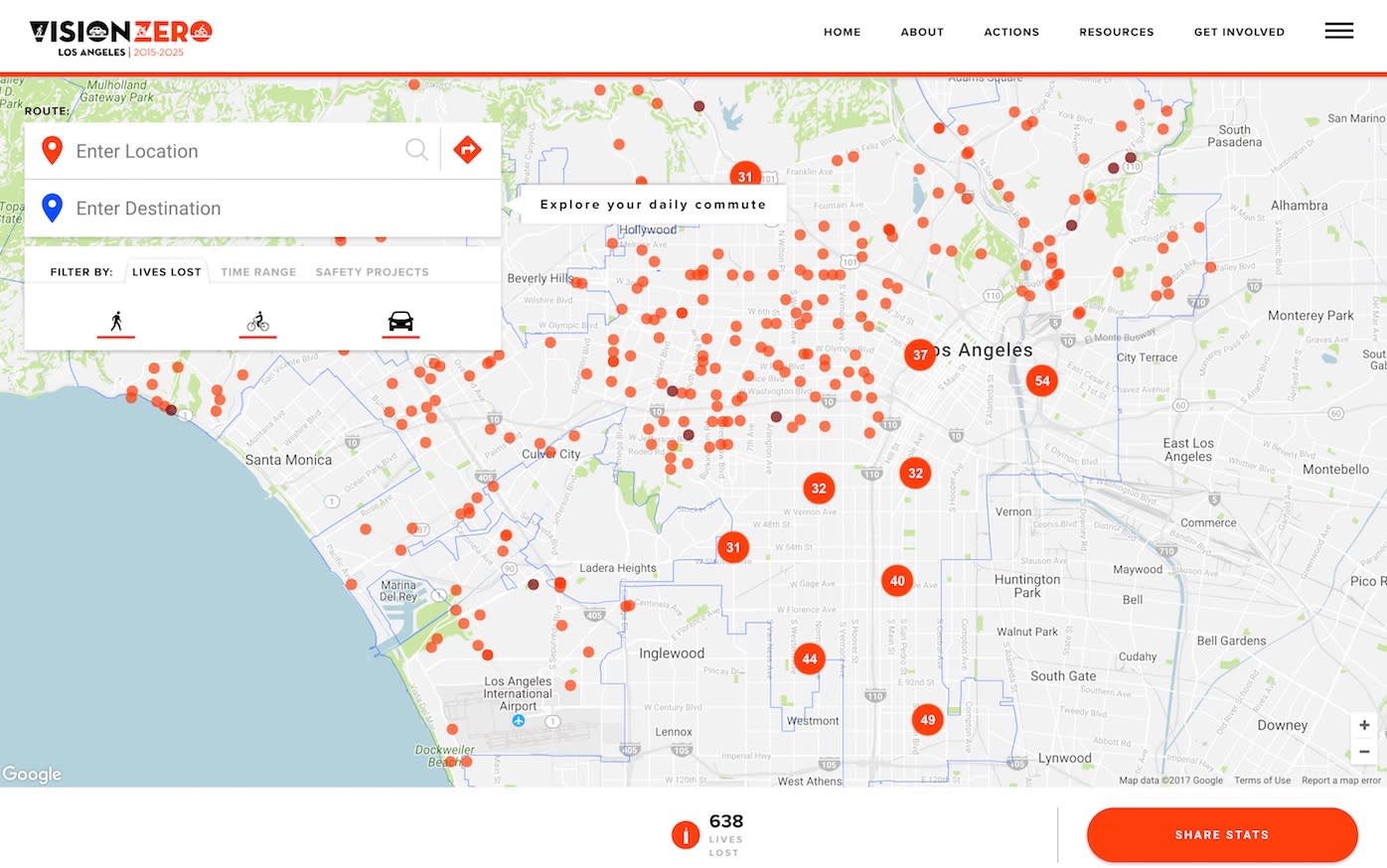 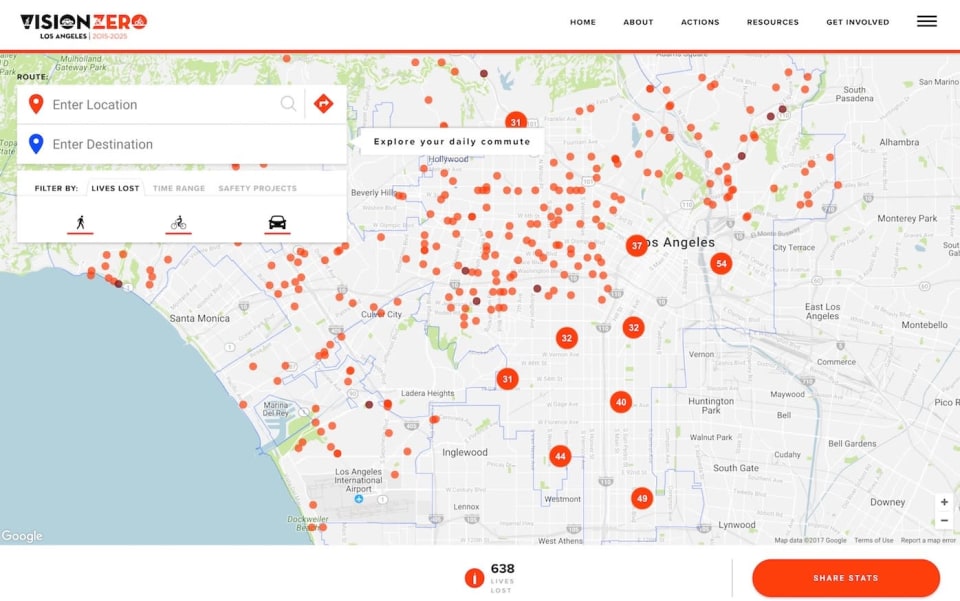 Open data can be an incredibly powerful tool, but it still requires context and people to actually pay attention to the information for it to be valuable. Los Angeles has discovered this the hard way. Its Vision Zero initiative aims to eliminate traffic deaths by 2025, but compared to other cities with similar programs, LA is coming up short in terms of results. After the program's first full year (2016), fatalities rose by some 43 percent according to the Los Angeles Times. There are a number of reasons for this, including more pedestrian and bicycle traffic, distracted driving and driving under the influence. To combat the rising number, the city looked to data as a means of discerning the most fatal roadways.

It determined that 450 miles of the City of Angels' streets (roughly six percent) are where 66 percent of pedestrian deaths happen. To address this, city officials hope to augment those roads with bike lanes, speed-tracking signs and widened sidewalks. Maybe LA should look into adding lights to its sidewalks to alert pedestrians distracted by their phones, too.

Residents also have a new interactive map at their disposal. It's part data visualization and part commute-planning tool. Each dot on the map represents a traffic death, and in some cases, acts as a memorial for the departed. Age, name of the deceased and sometimes a photo and a short message inform users who the person was and what they meant to others -- a way of humanizing data if there ever was one.

As Fast Company notes, the map could prove valuable to folks who walk or bike to work and help them pick a route that's statistically safer. Of course, this is only helpful if people actually use it.

Prior to the map, the city's hope for Zero Vision was a 20 percent decrease in fatalities by year's end, but reality is at odds with mayor Eric Garcetti's projections: In 2017, traffic deaths have already jumped 22 percent compared to last year.

In this article: bigdata, data, distracteddriving, ericgarcetti, gear, LA, losangeles, map, mapping, opendata, smartcity, TL17MAPS, traffic, trafficdeaths, trafficfatalities, transportation
All products recommended by Engadget are selected by our editorial team, independent of our parent company. Some of our stories include affiliate links. If you buy something through one of these links, we may earn an affiliate commission.