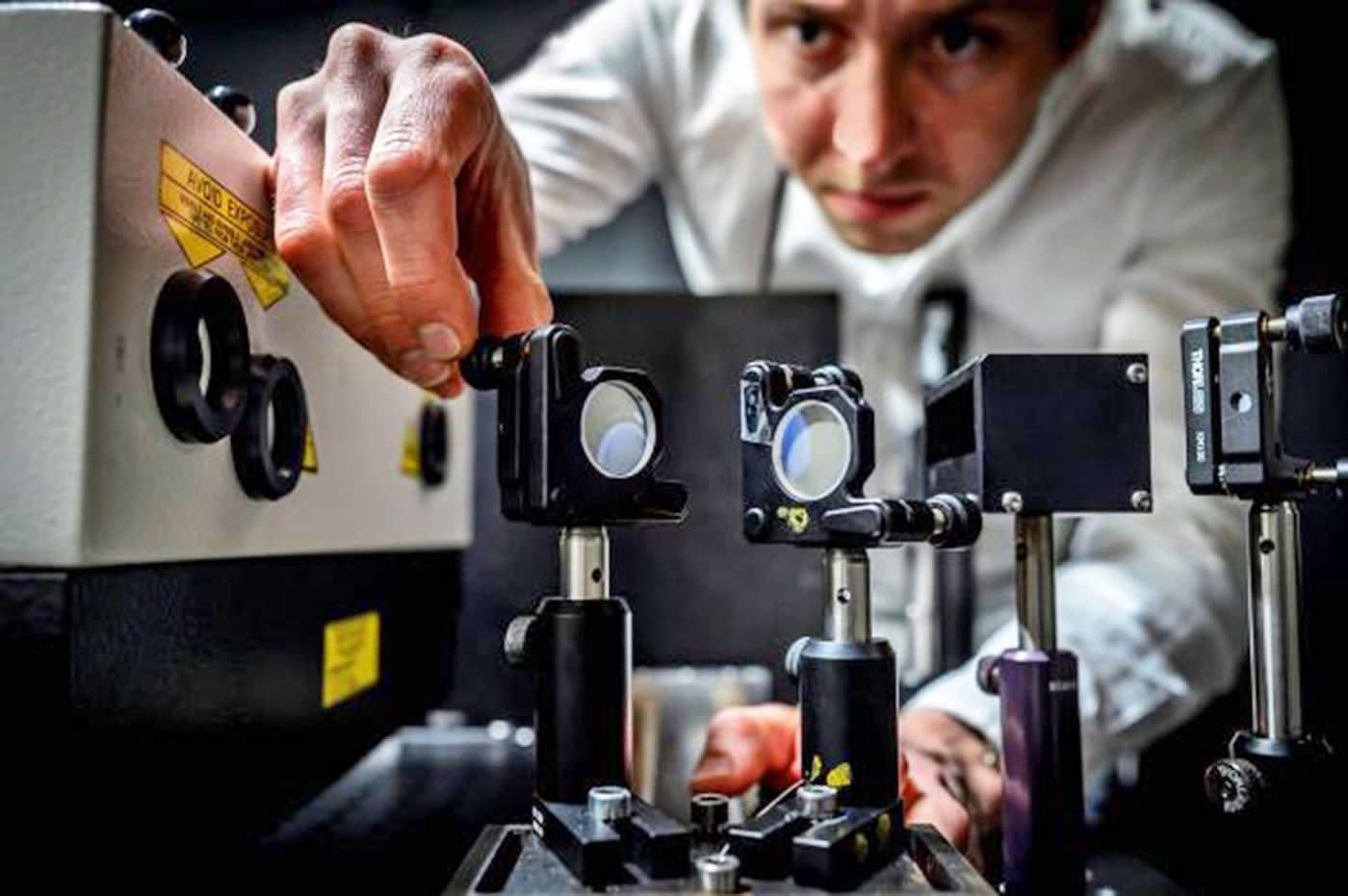 Those high-speed cameras that capture over million or even over a billion frames per second have got nothing on Lund University's creation. The Swedish University's invention can film at a rate equivalent to five trillion images per second -- that's enough to capture anything that happens within 0.2 trillionths of a second. We're talking about events much faster than anything your GoPro can capture, particularly natural processes and reactions in chemistry, physics and biology.

Take, for instance, this video showing light passing through a sheet of paper:

In real life, that only takes about a trillionth of a second, but the camera was able to film a three-second video of the event. So, how does Lund's camera do it? It uses an innovative algorithm that exposes chemical reactions and biological processes to laser flashes instead of light. The objects reflected by each pulse are merged into one picture, though they can subsequently be separated to show how the process occurs, such as in the video above.

You don't need a camera like this to capture even the fastest animal alive on film; the team says it's most useful for capturing "explosions, plasma flashes, turbulent combustion, brain activity in animals and chemical reactions."

"Today, the only way to visualise such rapid events is to photograph still images of the process. You then have to attempt to repeat identical experiments to provide several still images which can later be edited into a movie. The problem with this approach is that it is highly unlikely that a process will be identical if you repeat the experiment."

Kristensson and his partner Andreas Ehn also conduct combustion research involving high-speed molecular processes. We'll bet they'll use their camera for combustion studies in the future, which could lead to the next generation of car engines.

In this article: cameras, gear, lunduniversity, sweden, worldsfastestcamera
All products recommended by Engadget are selected by our editorial team, independent of our parent company. Some of our stories include affiliate links. If you buy something through one of these links, we may earn an affiliate commission.