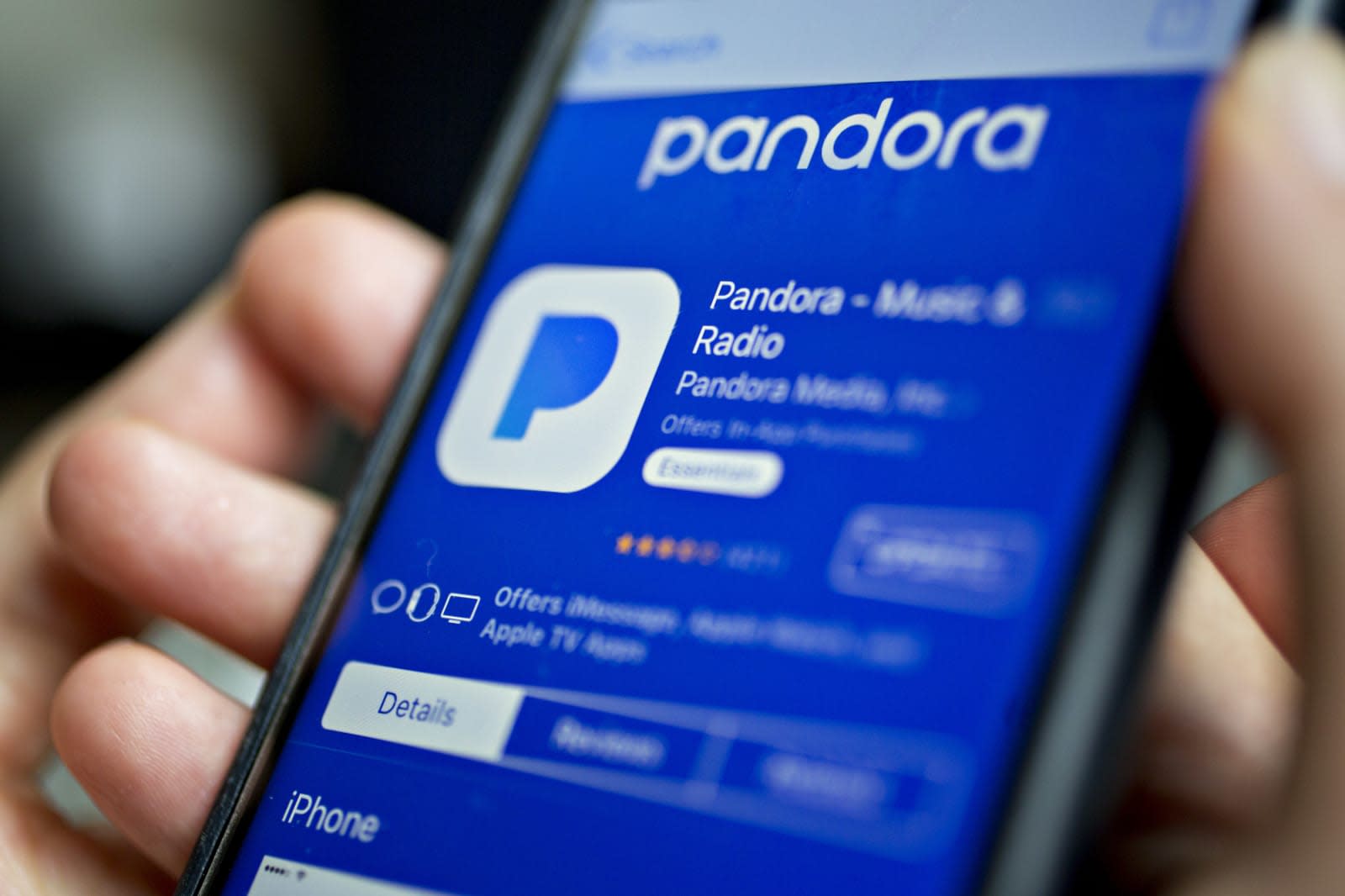 Pandora's recent relaunch as a Premium on-demand streaming service helped to boost CEO Tim Westergren's case that the company was prepared to take on its bigger rivals like Spotify and Apple Music. The company also made a significant investment in its future by buying up Rdio's design team and later revving up its marketing push to lure new users away from the competition. Now, with the ship apparently headed in the right direction, it appears Pandora is putting itself up for sale and possibly trying to get out while the getting is good.

According to a new report from CNBC, Pandora is currently in the process of closing a $150 million investment from hedge fund and private equity firm KKR. As part of the deal, a KKR executive will get a seat on Pandora's board while two current members will step down, but until the deal closes in 30 days, the company is positioning itself as an attractive target for acquisition.

"Having secured a significant financial commitment from KKR to strengthen the Company's balance sheet," outgoing Pandora board member James M. P. Feuille said in a statement, "we have positioned the Company to evaluate any potential strategic alternatives, including a sale, in the 30 days before the financing is set to close."

While Feuille believes Pandora's future is "exciting," a potential sale could bring a lot of uncertainty for Pandora die-hards and scare off potential new users -- some of whom might like to know if the service will still be around at the end of their 30-day free trial. On the other hand, just because Pandora is making itself available doesn't necessarily mean the company wants to get out of the game entirely. If an attractive buyer doesn't come through, the KKR investment is still a healthy infusion of cash for a popular service that is consistently among the top grossing music apps in the App Store.
In this article: applenews, av, entertainment, internet, Pandora, pandorapremium, rdio, services, TimWestergren
All products recommended by Engadget are selected by our editorial team, independent of our parent company. Some of our stories include affiliate links. If you buy something through one of these links, we may earn an affiliate commission.