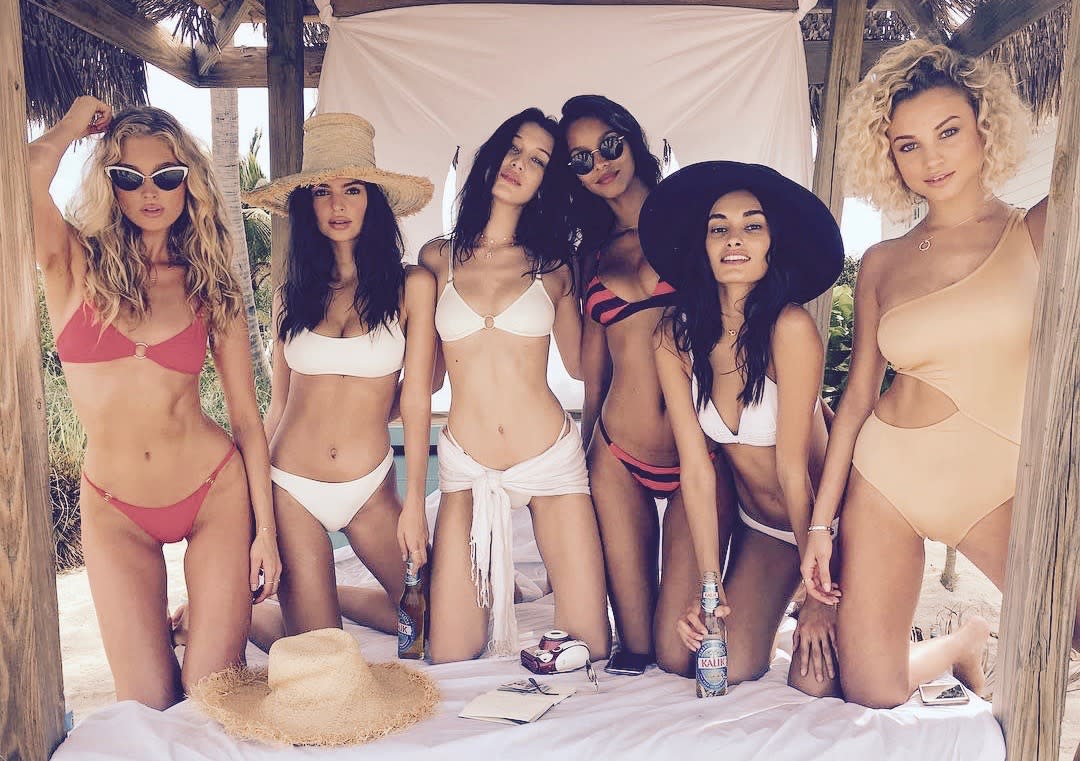 When shilling for an event goes wrong.

When tech entrepreneur Billy McFarland and rapper Ja Rule (born Jeffrey Atkins) created Fyre Festival, a music event in the Bahamas for the selfie generation, they never imagined their idea would be on the receiving end of seven fraud and negligence class-action lawsuits (including one seeking $100 million) by the end. And that end came quicker than they'd imagined: After poor planning by organizers left people stranded at airports, without lodging and eating cheese sandwiches instead of the five-star meals promised, Bahamas officials decided to shut down the festival on opening day. "The event organizers assured us that all measures were taken to ensure a safe and successful event," the Bahamas Ministry of Tourism said in a statement, "but clearly they did not have the capacity to execute an event of this scale."

Billed as "the cultural experience of the decade," and with tickets costing between $1,500 and $250,000, Fyre Festival generated much of its interest thanks to being promoted by models such as Kendall Jenner, Emily Ratajkowski, Bella Hadid and Elsa Hosk on Instagram. Attendees assumed they would be on the gorgeous beaches of Exuma rubbing shoulders with these and other celebrities, including members of Kanye West's G.O.O.D Music label like Desiigner, Pusha T and Tyga. But that simply wasn't the reality of Fyre Festival. Pop punks Blink 182 may have gotten whiff of the event's shortcomings. The group was scheduled as a headliner, but pulled out at the last minute, saying, "We're not confident that we would have what we need to give you the quality of performances we always give our fans."

The dinner that @fyrefestival promised us was catered by Steven Starr is literally bread, cheese, and salad with dressing. #fyrefestival pic.twitter.com/I8d0UlSNbd

One of the many, many problems is that social-media influencers like Jenner, Ratajkowski, Hadid and Hosk never disclosed they were paid to promote the festival. Their posts seemed to be implying that concertgoers would at least be breathing the same air in the Bahamas, even if not interacting with them. Kendall Jenner, for example, reportedly received $250,000 from Fyre Festival organizers to endorse the event on her account, although she never disclosed in her now-deleted post that it was an advertisement. Neither did her fellow influencers. You could argue that their nearly 110 million followers combined should take their posts with a grain of salt, but Jenner and the others should also do their due diligence and be completely transparent. The power of their reach is simply undeniable.

In Chelsea Chinery, Shannon McAuliffe and Desiree Flores v. McFarland et al., a lawsuit filed against Fyre Festival organizers on May 2nd in Los Angeles, the plaintiffs are going after McFarland and Ja Rule for breach of contract, negligence and fraud. And while there's no mention of Jenner, Hadid or Ratajkowski by name, the lawsuit does reference the misleading posts by social-media influencers. John Girardi, the lawyer handling this particular case, told The Hollywood Reporter, "Social media 'influencers' made no attempt to disclose to consumers that they were being compensated for promoting the Fyre Festival."

With the rise of stealth shilling on social media, led in large part by Jenner's sister Kim Kardashian and other members of their family, the Federal Trade Commission has created clear-cut guidelines for influencers to follow. Based on the FTC Act, individuals who are paid to promote a product on platforms such as Instagram, Twitter and Snapchat must include #Ad or words like "Sponsored," "Promotion" and "Paid ad" in their posts. But that rarely ever happens, and the FTC is partially to blame for that. To date, the commission has yet to bring a case against any individual influencer, instead choosing to focus on the brands that are paying for the endorsements. And until the FTC makes an example out of one of these celebrities, chances are they won't change their ways.

The FTC has taken some steps toward that recently, though. Last month, it sent letters to more than 90 influencers who have been violating its guidelines, including Ratajkowski, reminding them they must be clear and conspicuous about disclosing paid endorsements on social media. Interestingly enough, members of the Kardashian/Jenner family were not among those who received a letter. A spokesperson for the FTC declined to comment for this story, noting that the commission "does not comment on individuals, companies or specific events." We were under the assumption the influencers posting about it would be attending, and that it wasn't just an advertisement.

Julie Zerbo, founder and editor-in-chief of The Fashion Law, says that had Fyre Festival attendees known these influencers were paid to promote the event, they may have been deterred from attending altogether. "All of the lawsuits to date have noted the role of influencers in affecting their decisions to buy tickets," she says. "If the FTC had made an example of the Kardashians or Chiarra Ferragni [another prominent influencer] years ago, this may have been avoided to the extent that influencers, in this case, would have disclosed that their Fyre Festival posts were sponsored, which they did not do." Despite this, Zerbo says she believes the FTC has been doing a better job of monitoring influencers and other forms of sketchy advertising, as shown by the warning letters sent in April.

Unfortunately, some Fyre Festival attendees still fell prey to this deceiving form of advertising. "We were under the assumption the influencers posting about it would be attending, and that it wasn't just an advertisement," William Finley IV, a 32-year-old who paid $4,000 for a Fyre Festival ticket, told Engadget. "I'm not sure whose job it is to make sure people are disclosing when posts are advertising a product, but it should be more clear." He says he and his friends found out about Fyre Festival through "one of the influencers" on Instagram, although he doesn't recall who it was exactly. Instagram did not reply to our request for comment. Meanwhile, Finley said Fyre Festival gave him an option to waive his refund in exchange for two tickets and an upgrade to VIP for a follow-up event, but he declined because he didn't want that to affect his ability to take legal action. Sure, social media influencers aren't to blame for the fiasco that was the Fyre Festival (that's on McFarland and Ja Rule), though you can't ignore the fact they misled people into paying for a luxury experience that turned out to be anything but. It's a major issue that the FTC needs to continue pressing on, otherwise we may start to see a spike in cases like this one, where consumers are spending thousands of dollars wrongly influenced by celebrities they look up to. Fyre Festival organizers, unbelievably, already seem to be working on a follow-up festival for 2018, which is expected to take place at an undisclosed beach in the US. A statement on the Fyre Festival site reads, "We need to make this right. And once we make this right, then we will put on the dream festival we sought to have since the inception of Fyre."

As for Finley, he says he doesn't have any plans to attend next year. "Even if the influencers were guaranteed to be there, I still don't think I could take [Fyre Festival organizers'] word for it," he says, noting that he doesn't trust them to organize and manage an event of that size and scale. That said, he added he probably wouldn't be more skeptical of the influencers promoting the event: "Yeah, that gave it some credibility and made people think this would be 'Coachella in the Bahamas,' but the packages on the site itself [were] also very appealing."