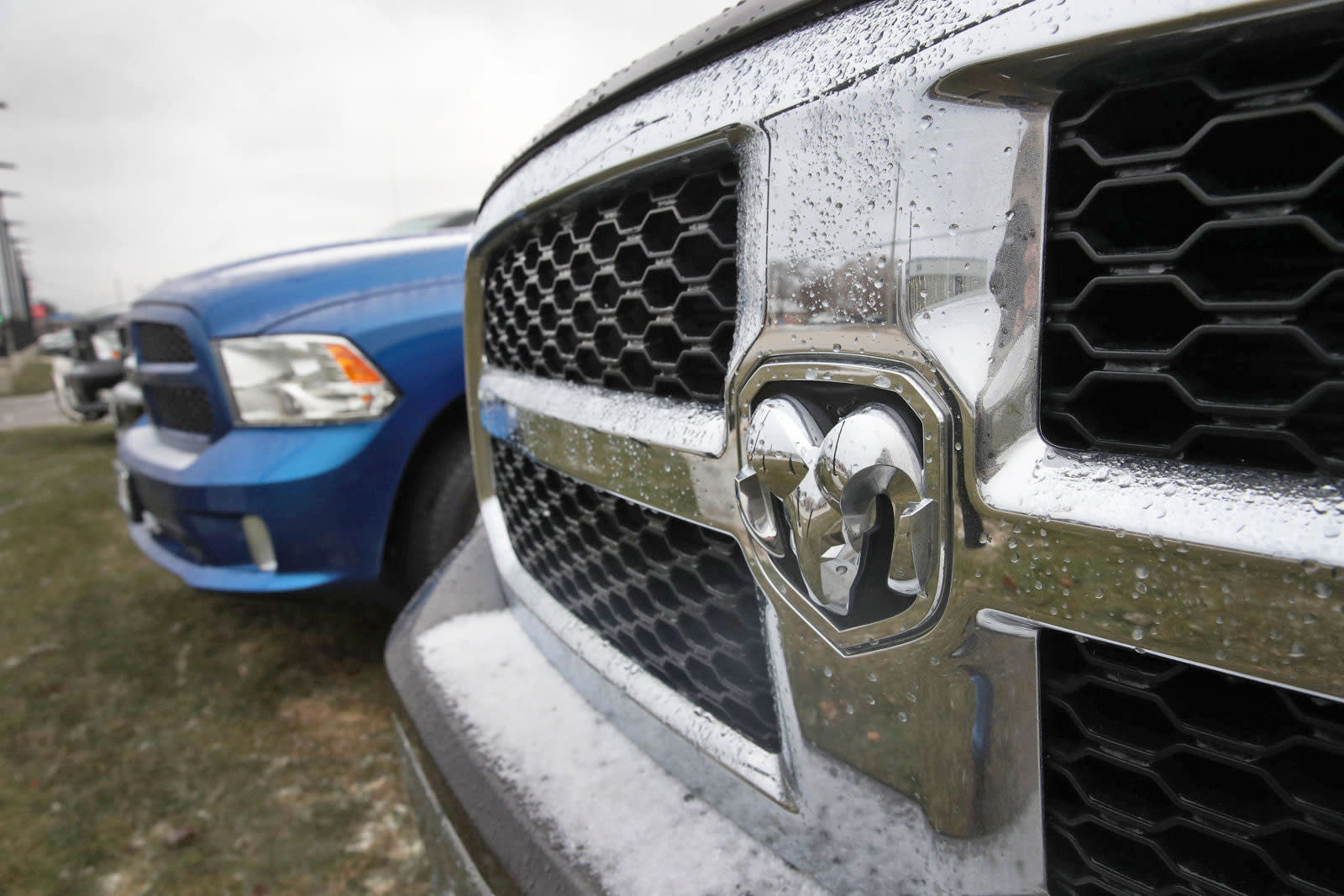 Fiat Chrysler is currently in the midst of notifying over a million people that they need to turn in the trucks they bought from the company due to a potentially dangerous software error. The automaker has announced a massive recall affecting 1.02 million 2013 to 2016 Ram 1500 and 2500, as well as 2014 to 2016 Ram 3500 pickups in the US. Chrysler's problem goes beyond the US: it's also recalling 216,007 vehicles in Canada, 21,668 in Mexico and 21,530 outside North America altogether. In the notification published on its website, the company admitted that it's "aware of one fatality, two injuries and two accidents that may be related" to its software troubles.

According to the details the automaker released, the US National Highway Traffic Safety Administration began looking into its vehicles after hearing of a lawsuit wherein the air bags of one of its trucks failed to deploy in the midst of a rollover crash. Upon conducting its own investigation, Chrysler found that some of its models might generate an erroneous code when it rolls over after suffering a significant underbody impact, such as hitting large pieces of debris. That code could temporarily disable the side air bag and the mechanism that locks the seat belt in place, putting people's lives in danger.

The company says owners can reset the seatbelt system if the warning sign lights up by turning the vehicle on and off. However, it encourages everyone to follow the instructions on the retail notices they're sending out to be absolutely safe. Back in 2015, Fiat Chrysler also had to recall 1.4 million vehicles after it was revealed that people could hack into some of its models' systems to kill the engine and disable the brakes. It's far from the only automaker that's had to issue a recall over software issues, though. General Motors had to take back 4.3 million vehicles last year because of a software defect in its airbag system, while Toyota recalled 1.9 million Prius hybrids in 2014 due to a glitch that causes overheating.

In this article: applenews, fiatchrysler, gear, recall, softwareerror, transportation, trucks
All products recommended by Engadget are selected by our editorial team, independent of our parent company. Some of our stories include affiliate links. If you buy something through one of these links, we may earn an affiliate commission.