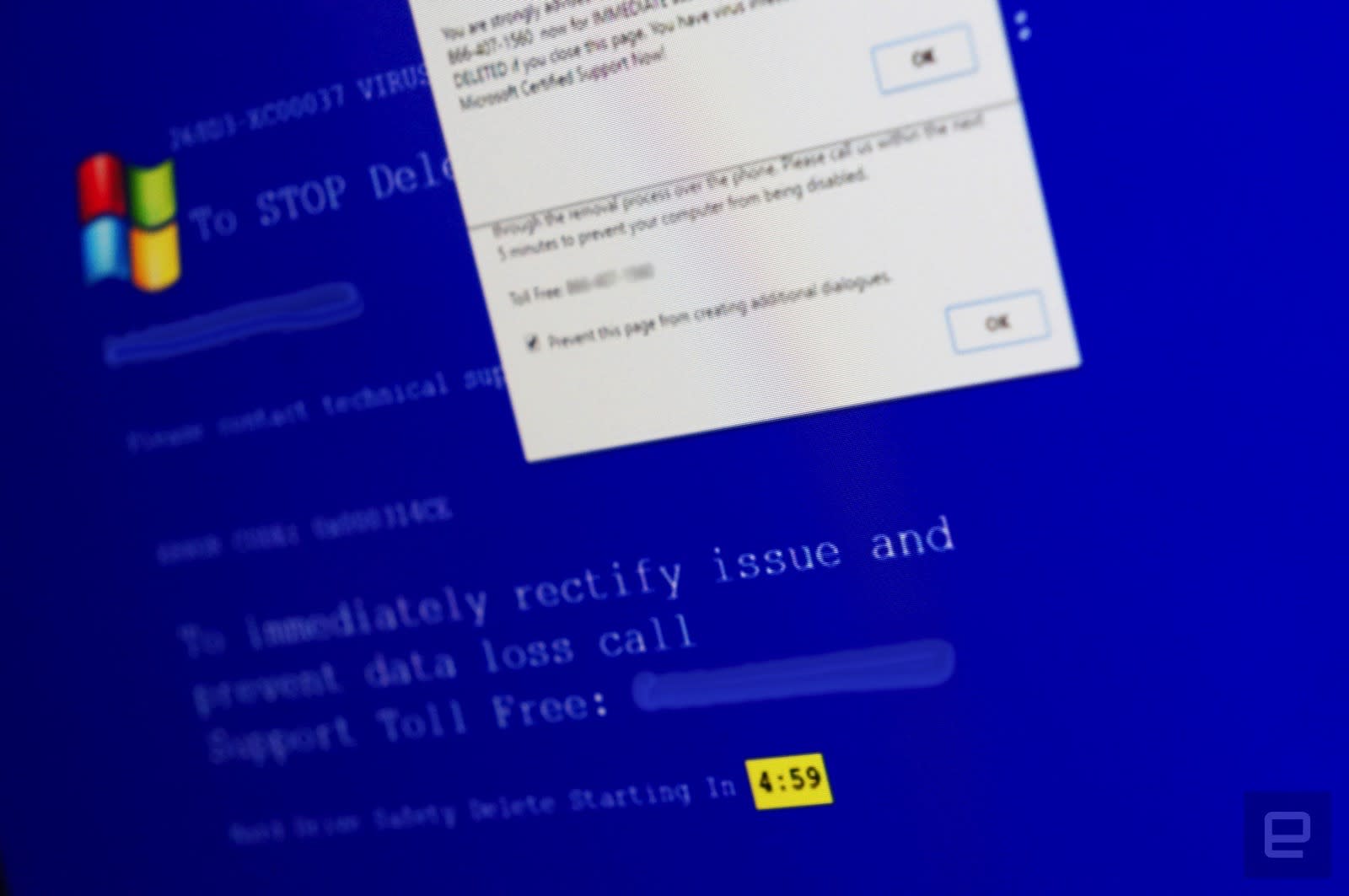 The Federal Trade Commission isn't letting up in its quest to rid the world of tech support scammers. Officials have launched a legal campaign, Operation Tech Trap, in a bid to crack down on frauds that rely on a mix of web pop-ups and phone calls to frighten you into paying up. The effort includes four fresh complaints (in Alabama, Colorado, Florida and Ohio), two settlements (in Connecticut and Florida) and charges against seven people -- two of which have already pleaded guilty. It's as much a public show of the FTC's might as it is a significant bust, but many of the perpetrators were particularly insidious.

In most cases, the scams produce fake alerts that claim your PC is infected or hacked, and urge you to call a toll-free number for help. They sometimes even include a countdown to make it seem like your files will vanish if you don't act. If you're spooked enough to call, you promptly talk to telemarketers posing as technicians (usually from Microsoft or Apple) who will insist your system is compromised and offer to either repair or protect your system if you pay hundreds of dollars. You probably aren't the sort to be tricked if you're reading this, but the fraud clearly capitalizes on the fears of less tech-savvy people.

This action definitely isn't going to put an end to the shady behavior when all it takes is a semi-plausible web ad and a few people working the phones. However, it does show that the FTC is making a concerted effort to clamp down on these questionable pop-ups, and it might deter some of those perpetrators who assume their combination of anonymity and scare tactics will keep them safe.

In this article: applenews, fraud, ftc, gear, internet, operationtechtrap, pop-up, regulation, scam, security, technicalsupport, techsupport
All products recommended by Engadget are selected by our editorial team, independent of our parent company. Some of our stories include affiliate links. If you buy something through one of these links, we may earn an affiliate commission.