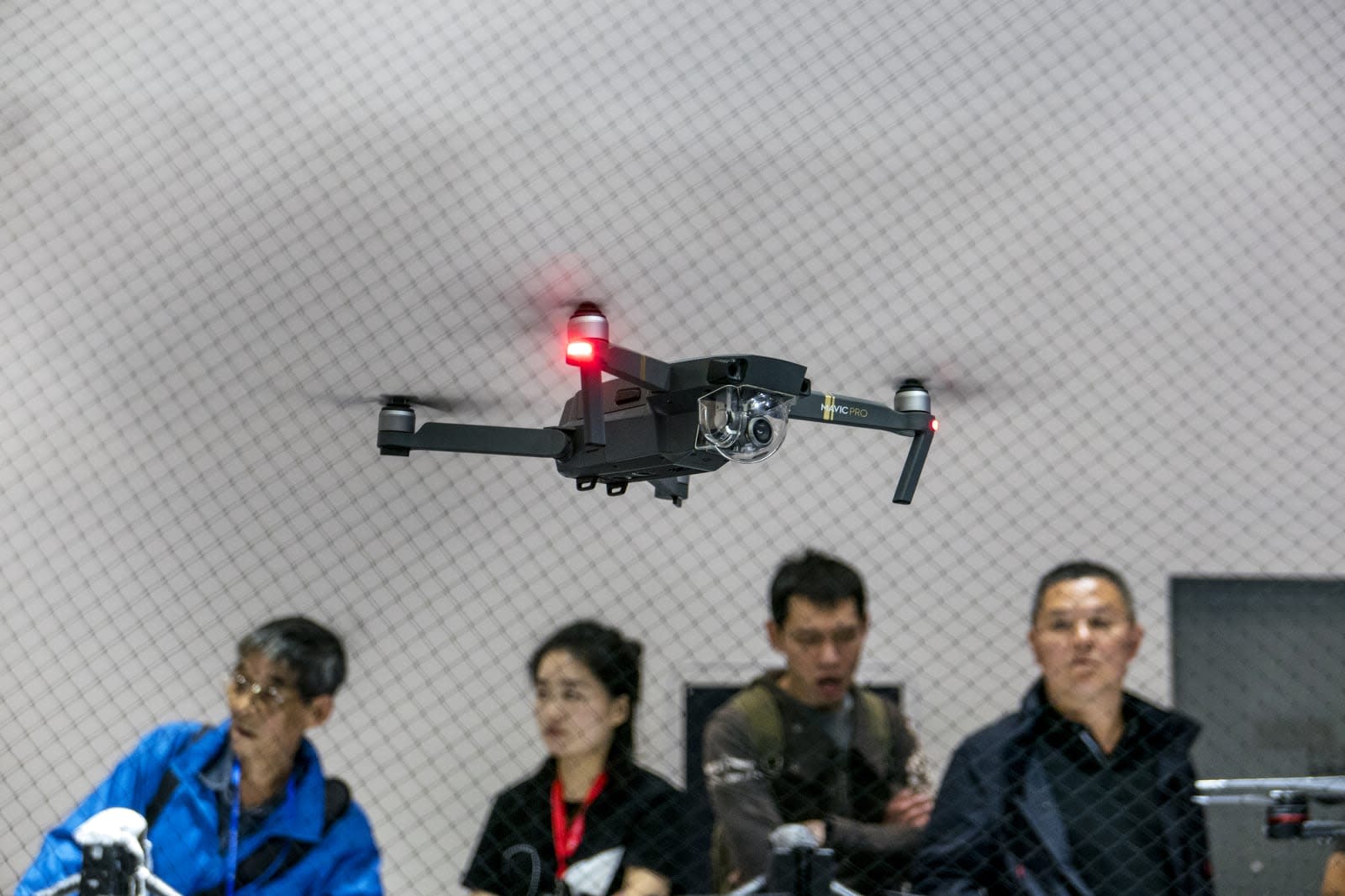 Americans aren't the only ones who have to register their drones. China's Civil Aviation Authority has announced that pilots will have to register any robotic flier heavier than 0.55 pounds starting on June 1st. Online registration will open up on May 18th, and the government will start publishing no-fly zone data for civilian airports on the same day. It's hoping that drone makers will use the info to implement geofencing that prevents drones from venturing into dangerous areas.

The initiative will also see regulators working with local government and police to curb drone interference, and will eventually standardize commercial drone use with four main categories: aerial photography, agricultural use, aviation photography and license training. The country already recognizes over 200 training outlets that have issued over 14,000 certificates so far, so some of this standardization would really just expand on what's already happening.

It's hard to escape concerns that this will help the government crack down on drone pilots for spurious reasons, such as when they record protests or questionable government activities. However, the registration officially comes as a response to a mounting number of safety incidents involving drones at airports. Authorities note that Chengdu alone saw eight examples of drone interference since April, six of which grounded 138 flights. If those sorts of figures are applicable elsewhere, that's a lot hassle and potential danger.

The weight limitation does mean that some drones will be exempt. The Hover Camera Passport we tried last fall is just light enough to squeak by, for example. However, the new rules will definitely affect a large chunk of the drone market, including relatively small machines like the DJI Mavic Pro. The Chinese drone landscape is about to change in a big way, for better or worse.

In this article: airport, applenews, caac, china, civilaviationadministrationofchina, drone, gear, politics, regulation, robots, safety
All products recommended by Engadget are selected by our editorial team, independent of our parent company. Some of our stories include affiliate links. If you buy something through one of these links, we may earn an affiliate commission.