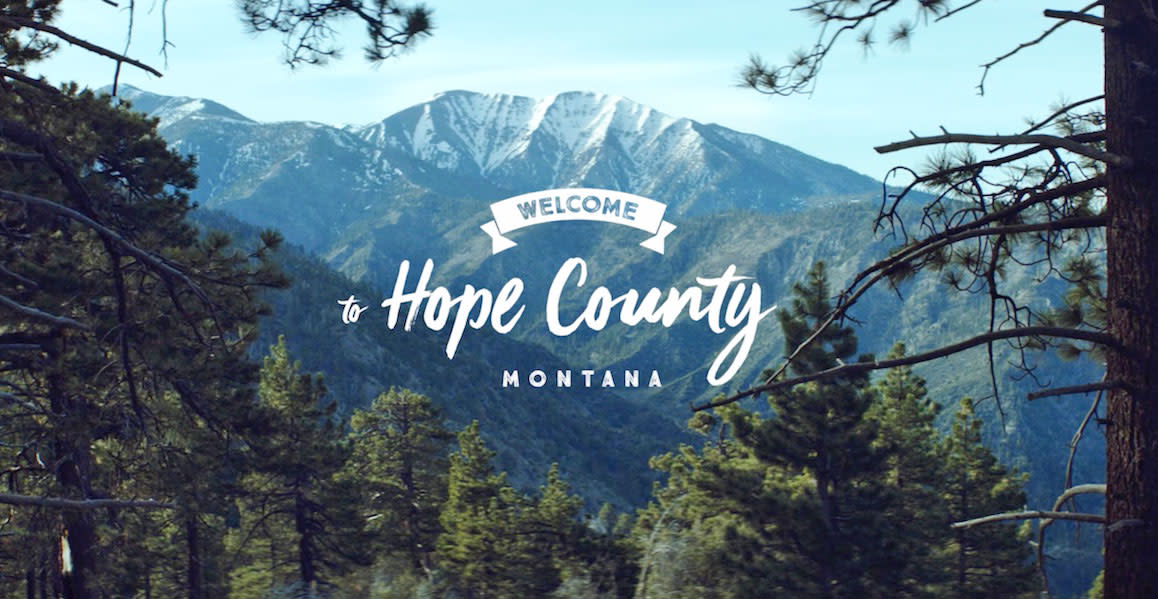 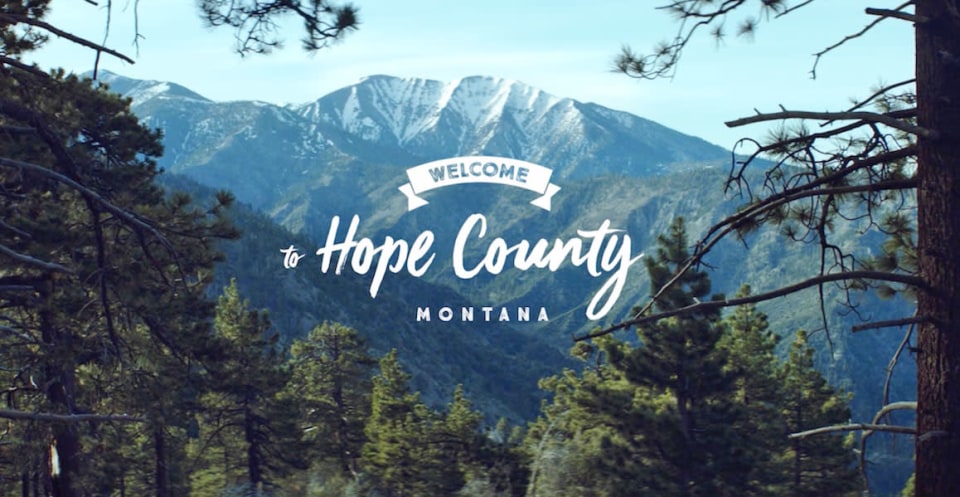 Up until today, all of the Far Cry games have been set in far off locations. A tropical island, Africa, another tropical island, the Himalayas and prehistoric times have all played witness to the franchise's often morally ambiguous open-world first-person shooter. But now, the franchise is heading stateside. Series overlord Ubisoft has started teasing the next game in the franchise with a live-action trailer, as one does, and while there isn't a lick of CGI or gameplay, the 41-second clip does do a great job setting the game's tone.

We see a flock of birds rustled from their perches as a man screams somewhere offscreen, an ambling river, another man running through a verdant field and then, we hear a church bell ringing. Except it isn't a pastor clanging the bell, but someone knocking it about with another, possibly freshly deceased, person's head. Yeah, Far Cry 5 will almost assuredly be rated 'M' for Mature when it comes out.

If font of the "Welcome to Hope County, Montana" text didn't clue you in to the modern setting, watching the clip a few more times might. There's a propane tank sitting next to said chapel, power lines, grain silos and if you pause at the 27-second mark, you can see what looks like a high-powered rifle on the bell-ringer's back. A few weeks ago, some theorized that due to filming the teaser in Montana, that the game would be set in the Old West as a way to compete against Rockstar's forthcoming Red Dead Redemption sequel. Guess again.

So, what exactly makes Far Cry, well, Far Cry? Making wallets out of the animals you kill, an open world, moral quandaries and playing the errand boy for two rival factions, it'd seem. Perhaps we'll find out more later this week when Ubisoft drops the announcement trailer on the 26th. Given the state of AAA video game PR plans and E3 being just around the corner, maybe don't expect to see gameplay come Friday, though.

In this article: applenews, av, e32017, farcry, farcry5, gaming, pc, pcgaming, playstation, playstation4, ps4, steam, teaser, teasertrailer, ubisoft, uplay, video, windows10, xbox, xboxone
All products recommended by Engadget are selected by our editorial team, independent of our parent company. Some of our stories include affiliate links. If you buy something through one of these links, we may earn an affiliate commission.