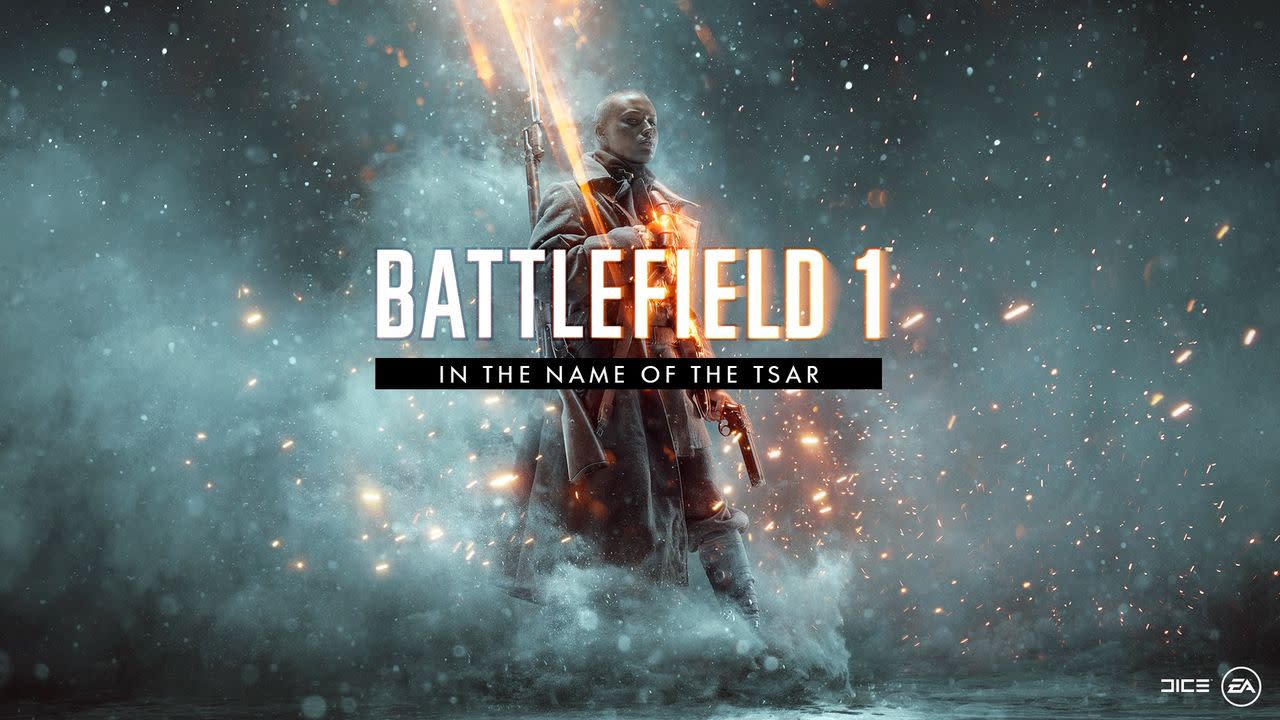 By turning the clocks back to World War 1, DICE has created arguably one of the best games in the Battlefield series. Now, with Battlefield 1's latest DLC, the developer is using our tragic past to drag its franchise kicking and screaming into the 21st century. Taking inspiration from Russia's infamous 1917 military unit, The Women's Battalion of Death, this summer's 'In the Name of the Tsar' expansion introduces a female soldier class to Battlefield for the first time.

As you'd expect from a unit with such an intimidating name, these soldiers were pretty badass, taking over 200 prisoners as they fought valiantly on the Western Front. The new multiplayer class these real world soldiers have inspired is called the Russian Scout -- and that's all that we know so far. EA has said it will reveal more information about the Russian Scout at E3, alongside the new maps that fan can expect from the upcoming expansion.

With the first Battlefield game launching back in 2002, it's strange to think that it's taken 15 years for the franchise to include a female class. Yet, unfortunately, this isn't just a Battlefield specific problem, but arguably a genre one. Online shooters have a bit of a reputation of being a boy's club, and with female characters still a rare sight in most first person shooters, adding women into the mix is still seen as just as much of a milestone as changing the game's setting.

Thankfully, things are changing. Overwatch is a shooter that features a brilliant mix of genders and ethnicities without feeling like a cynical box-ticking exercise, and unsurprisingly, women are flocking to the game. With angry gamers on Twitter ironically complaining about the inclusion of female soldiers in Battlefield 1 not being historically accurate, it begs the question, why are so many male gamers threatened by the idea of women in video games?

In this article: av, battlefield, battlefield1, ea, fps, gaming, pc, ps4, xbox one
All products recommended by Engadget are selected by our editorial team, independent of our parent company. Some of our stories include affiliate links. If you buy something through one of these links, we may earn an affiliate commission.