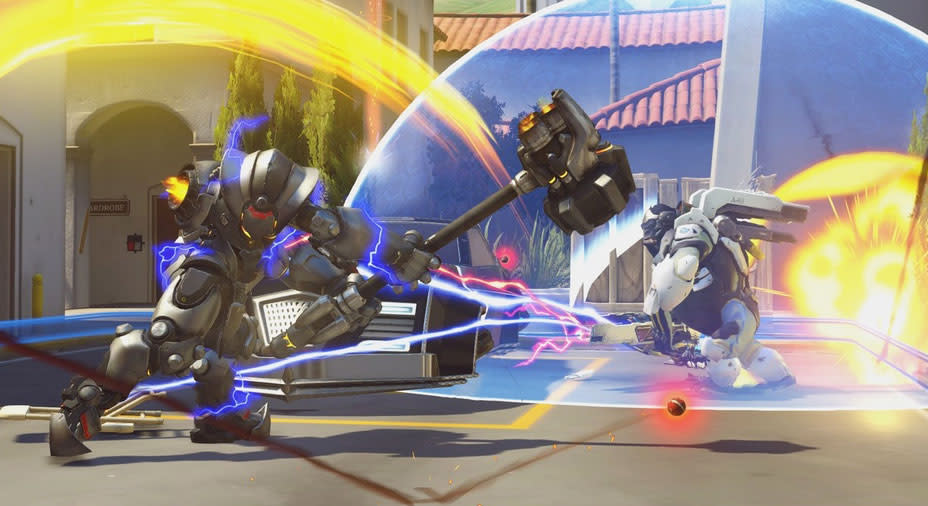 Blizzard's colorful shooter may be one of the most popular multiplayer games out right now, but its eSport scene hasn't exactly got off to the best start. With rumors circulating that a slot in Overwatch's official League costs between $15 and $25 million, pro teams have started to abandon the game in droves. Now, in a bid to win them back, Blizzard has announced a new entry-level league for the game called Overwatch Contenders.

Blizzard describe Contenders as a tournament for "aspiring Overwatch League professionals". Instead of just showcasing pros, this new battleground allows any amateur team to sign up and duke it out in an online-only qualifying match. These games then decide the best eight teams from each region, earning the winners a place in Overwatch Contenders season zero. Once locked in, competing teams battle it out for a juicy prize pool of $50,000 -- so it might be time to start studying that meta.

If you haven't already got a killer squad though, you might be out of luck, as season zero registration has already started. Qualifying matches take place next month in North America and Europe, and if you're not playing in them, you can watch people's dreams get crushed live on Twitch. Unsurprisingly, the Contenders league doesn't end at season zero. The best six North American teams will then join existing teams Envy and Rogue (who competed in South Korea's APEX Tournament) for the launch of Overwatch Contenders season one. After squaring off, the four best squads will then go on to fight for a chance to win a hefty $100,000 prize. Luckily for EU players, they also have their own season one tournament, with participants whittled down into the four best teams from each region. These EU squads will then battle it out in an offline tournament, where the winning European team will also earn $100,000.

With the main Overwatch League losing teams because of exclusivity, this all sounds like fairly promising stuff. It also seems likely that talented players in the Contenders could potentially land themselves a place on the pricey teams of the big boy Overwatch League, which could help to inject more value into the money-haemorrhaging main league. Whether the Contenders will be entertaining enough to draw in the viewers and therefore the sponsors, however, remains to be seen. Still, given the lengths Blizzard has gone to before -- we're feeling fairly optimistic that these matches will be just as fun to watch as the game is to play.

In this article: applenews, av, blizzard, CompetitiveGaming, esports, gaming, overwatch
All products recommended by Engadget are selected by our editorial team, independent of our parent company. Some of our stories include affiliate links. If you buy something through one of these links, we may earn an affiliate commission.