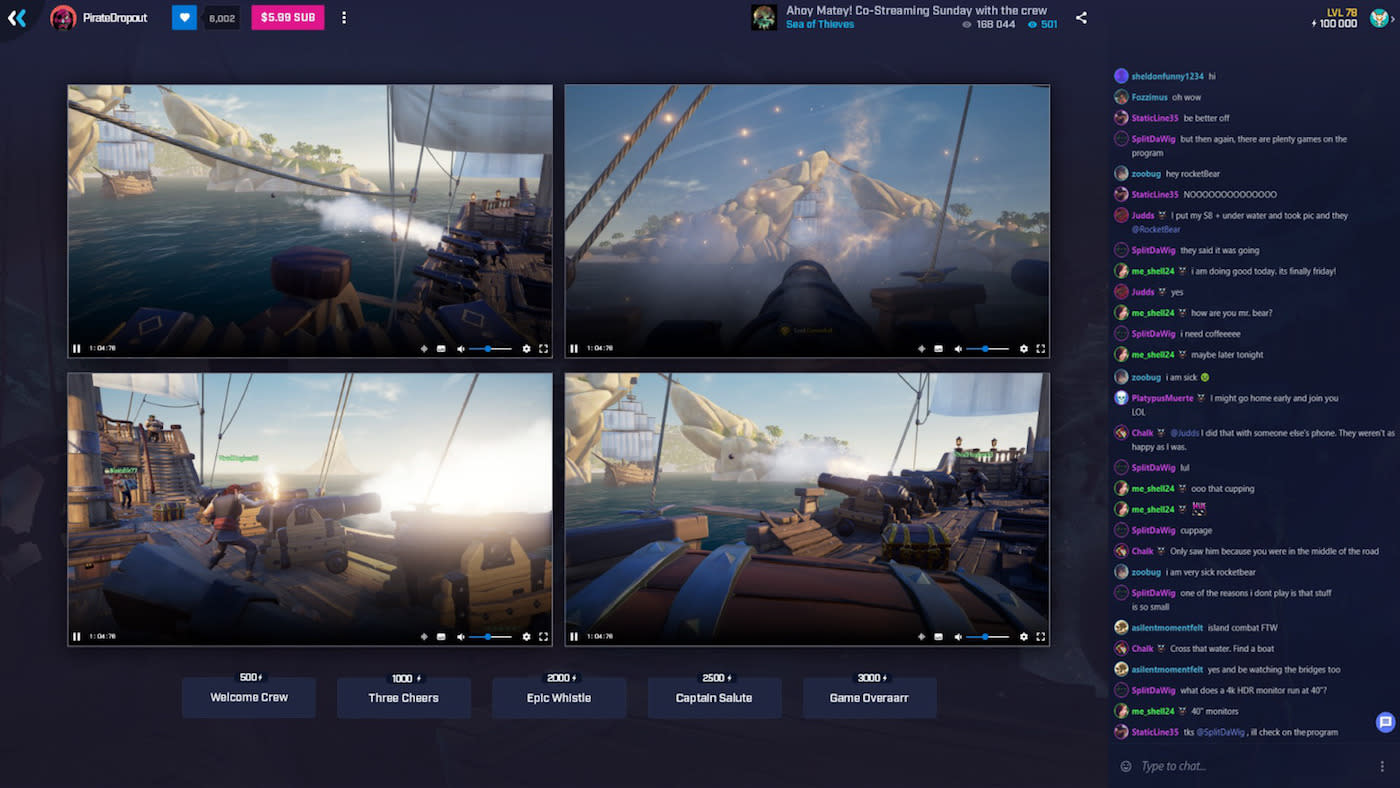 While Twitch has been busy expanding the breadth of what you can watch on its platform, Microsoft has been quietly improving how you watch and broadcast with its Beam service. Just to get it out of the way, Beam will henceforth be known as "Mixer." There's a PR-speak reason for the change in nomenclature, but it doesn't really matter. What does is how the service is improving. Specifically, Mixer now offers co-operative streaming and broadcasts in 4K UHD.

Trying to watch a group of friends streaming on Twitch has always been kind of a mess. You'd need four browser windows open, each with their own chat stream and, for the broadcasters themselves, setting something up was a logistical nightmare. The base functionality is available right now, and Microsoft says that soon (probably during E3) you'll be able to invite friends to co-stream with you directly from the Xbox Guide.

"Co-streaming doesn't require streamers to play the same game or even do the same activity, and you can join a co-stream with friends who are streaming from different types of devices," a post on the Major Nelson blog reads. Meaning, if you want to play some Dota 2 while one of your pals is grinding in Destiny and two others are playing Portal 2's co-operative campaign, that's absolutely doable, with one common chat room. It's pretty wild.

Oh, and if you want to catch Xbox's media briefing in 4K UHD that'll be available as well. We've reached out to Microsoft to see if 4K game broadcasting is in the works.

Beyond this, Mixer is playing catch-up to Twitch and going mobile. The app is in beta right now but Microsoft promises that "soon" the ability to self-broadcast your on-the-go gaming will be available for everyone and that you'll even be able to co-stream from the app.

Curious for more? Mixer is getting its own dedicated page on the Xbox One dashboard, a curated homepage featuring all manner of broadcasts called Mixer One, Microsoft has built a live-streaming studio at its flagship store in New York and will also host a stream today dishing out more details and announcements. The latter starts at 2PM Eastern.

Twitch, the ball's in your court: Adjustable video playback speed and pre-recorded chats don't quite stack up compared to what Microsoft is doing.

In this article: 4k, applenews, av, beam, costreaming, e32017, gamebroadcasting, gaming, livestreaming, microsoft, mixer, twitch, uhd, uhdstreaming, update, xbox, xboxone
All products recommended by Engadget are selected by our editorial team, independent of our parent company. Some of our stories include affiliate links. If you buy something through one of these links, we may earn an affiliate commission.