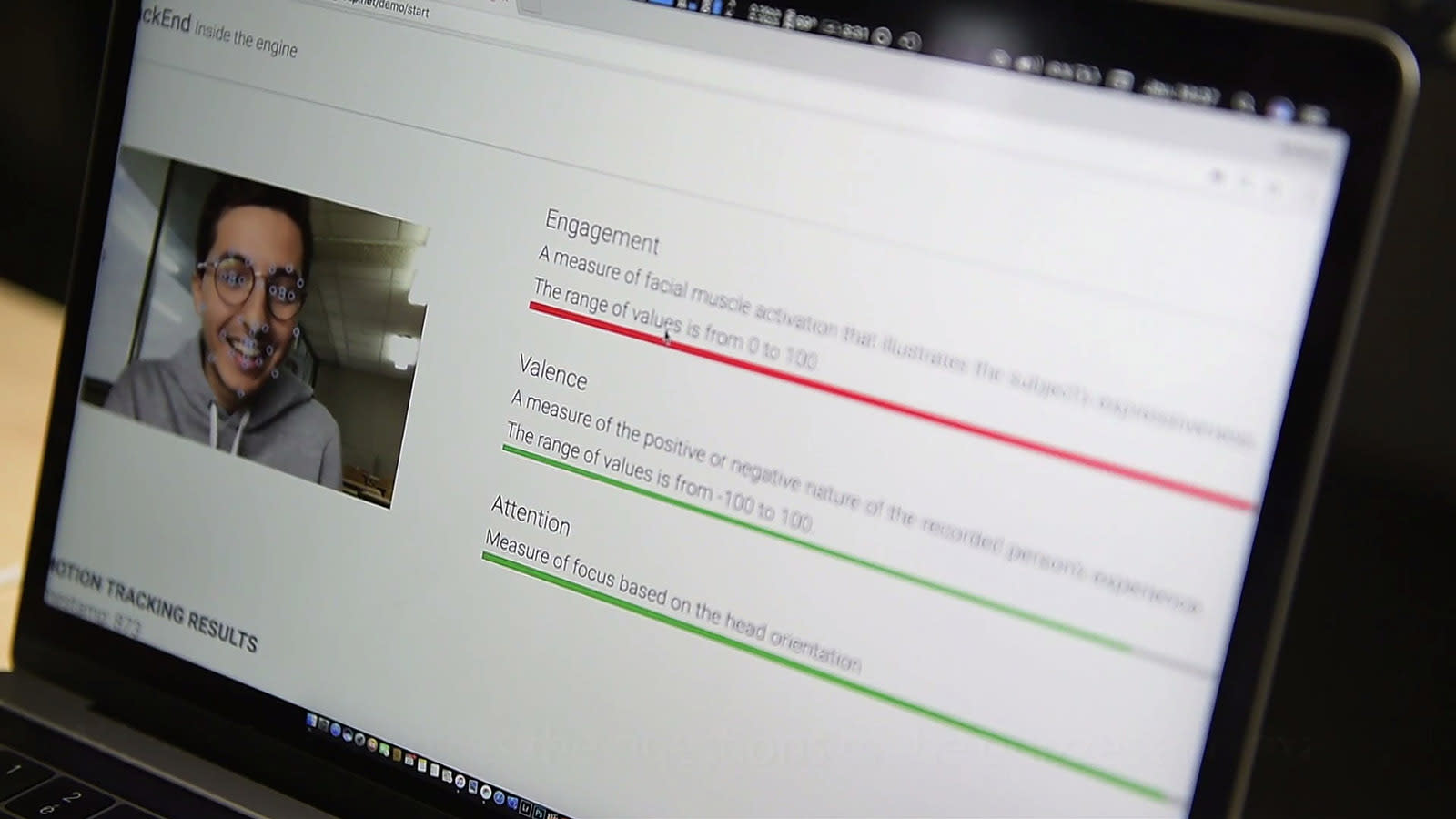 For those of us who zone out during university lectures, the temptation multiplies when you taking classes from home. Next fall, a business school in France will try to stop online students from getting distracted with an AI app called Nestor. To judge your level of attention, it can track your face and eyes and even detect when you pull out a phone. If you start to slack off, it can warn you via pop-up messages or emails, and tell you roughly when you may drift away again.

The bot will be used for two classes at the ESG Business school, including a 30 hour "street marketing" course, as part of a distance learning program. Eventually, it'll be offered as part of live lectures and used in conjunction with a camera that can analyze students live to see if they're engaged or bored, ESG says. It can then, believe it or not, send a text or notification as a virtual kick in the rear.

The data from the program will also be useful to teachers, letting them know which parts of their lectures are grabbing students and which parts aren't. The developers say it could also help students in different ways -- if you let it track your online activities, it could proposed a personalized course schedule based on times when you're watching YouTube, for instance.

Marcel Saucet, head of the company that created the bot, said that Nestor won't store video footage nor sell it to advertisers, a promise suspicious students might take with a grain of salt. The data will also be encrypted and anonymous, the company promised. As The Verge notes, ESG is not the first first school using AI that way, as the IE Business School in Madrid uses an "emotion recognition system" to spot inattentive students.

In this article: AI, applenews, bots, ESG, France, gear, MarcelSaucet, Nestor, OnlineLearning, robots, Students
All products recommended by Engadget are selected by our editorial team, independent of our parent company. Some of our stories include affiliate links. If you buy something through one of these links, we may earn an affiliate commission.