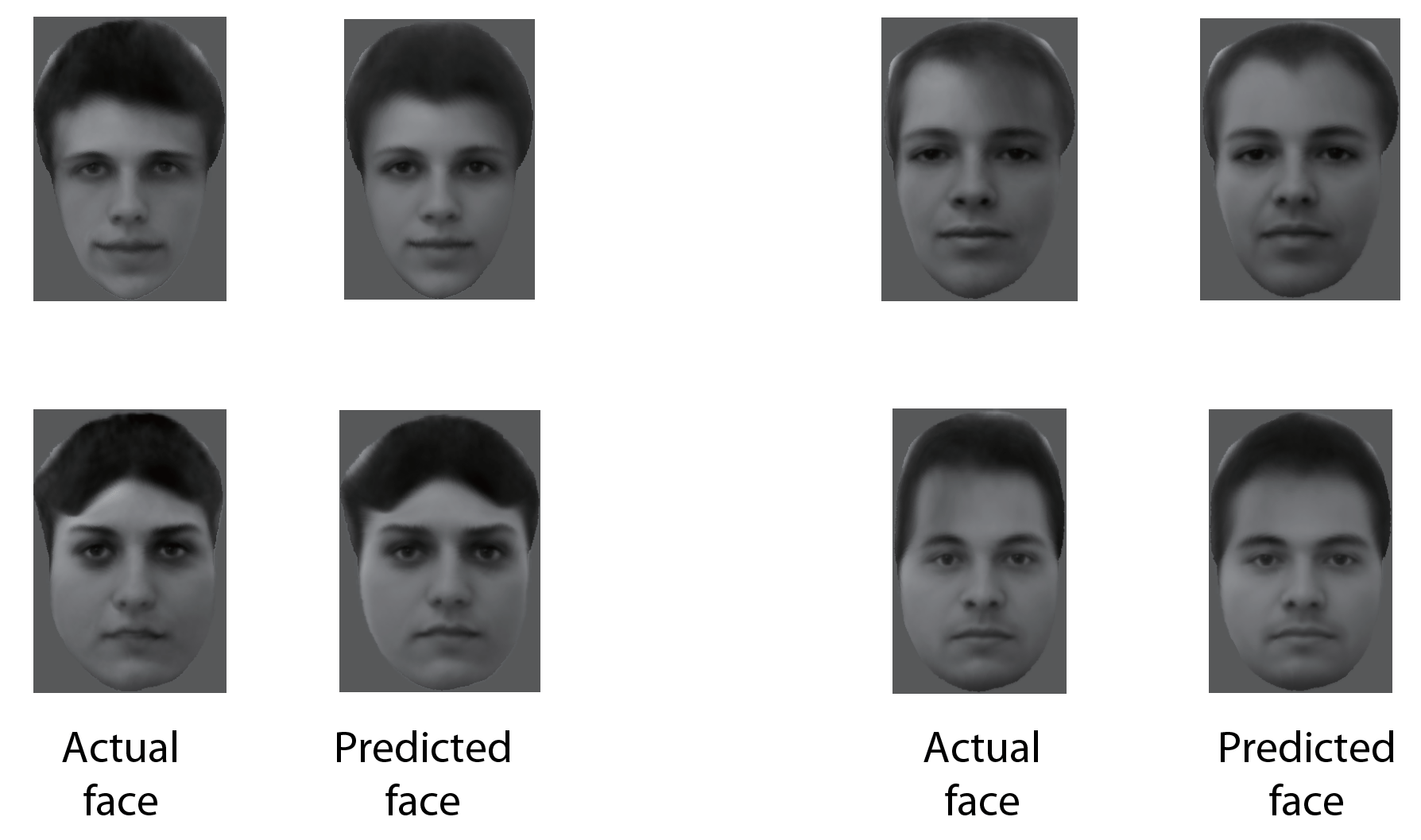 Researchers at Caltech have taken a huge step in figuring out how the brain processes faces. In a study published this week in Cell, the team found that the brain only needs around 200 neurons to differentiate faces from each other.

To figure this out, scientists first showed monkeys a set of pictures and recorded which face cells -- neurons that specifically respond to faces -- fired and which didn't. What they found was that single cells weren't responding to single faces. Instead, each cell was encoding a vector, or one direction in facial space, which means that a single neuron may respond only to a certain distance between a person's eyes or a dimple on the left side of the mouth.

So, while there are tens of thousands of neurons tuned to facial features, you only need around 200 to uniquely encode any given face. The signals from just that small number of cells can encode enough information to be able to differentiate a new face from all of the others the brain has encountered.

Once they knew what facial characteristic each cell was responding to, the researchers were then able to show a monkey a new face, record the cellular activity in response to it and reconstruct the face based on what the neurons were doing. And they were able to do those reconstructions with remarkable accuracy.

While these findings still need to be replicated, this work could help inform facial recognition technologies and AI. Le Chang, one of the researchers on the project said in a press release, "One can also imagine applications in forensics where one could reconstruct the face of a criminal by analyzing a witness's brain activity."

Check out this video, to hear how a single neuron responds to a set of images.

In this article: applenews, brain, design, FacialRecognition, gadgetry, gadgets, neuron, neuroscience, research, science, tomorrow
All products recommended by Engadget are selected by our editorial team, independent of our parent company. Some of our stories include affiliate links. If you buy something through one of these links, we may earn an affiliate commission.