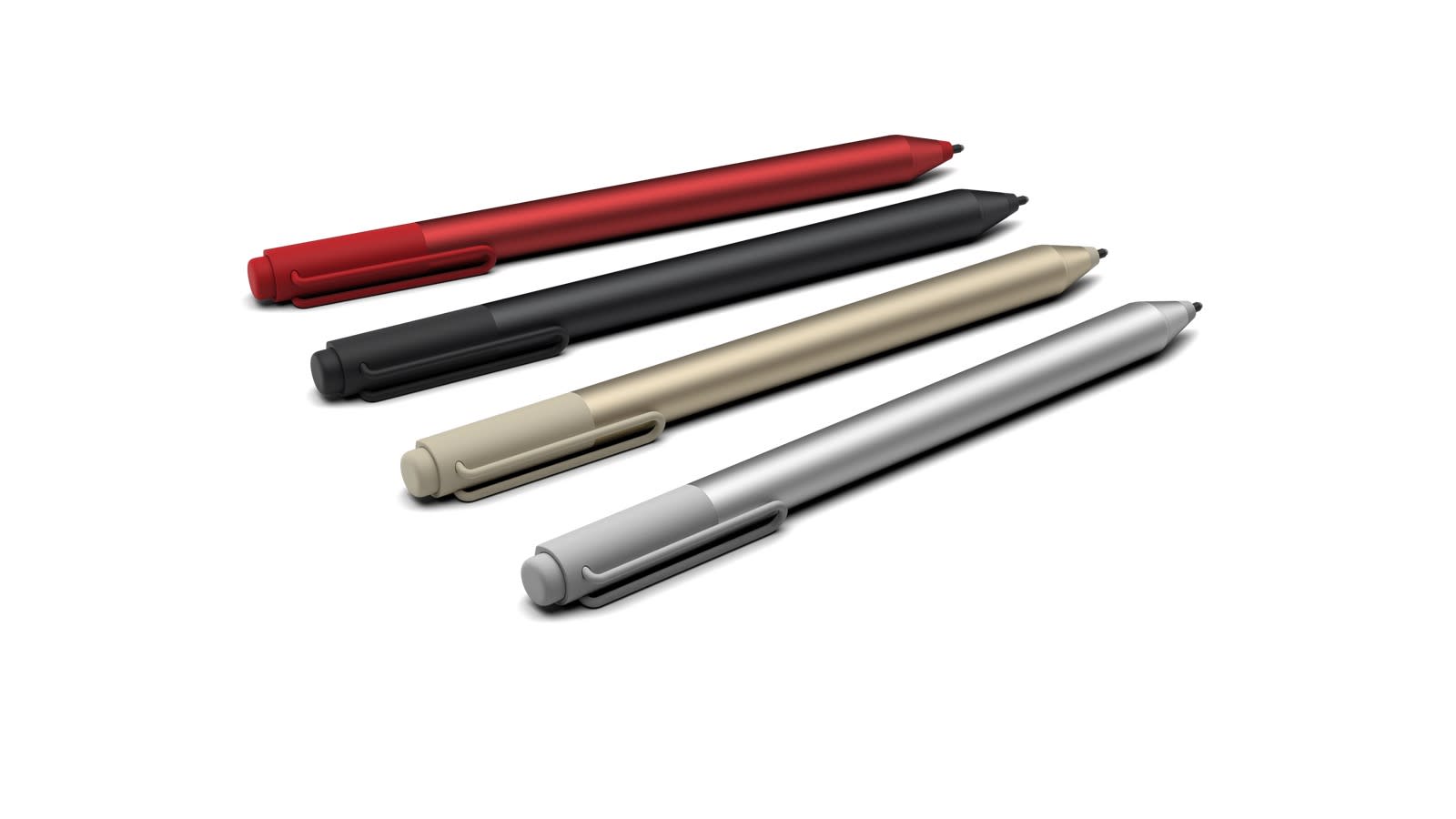 Microsoft's new Surface Pen, announced at the same time as a new Surface Pro tablet, is supposed to feel like writing on paper. The company also claims its the "fastest pen ever" on any platform and it has a staggering 4,096 pressure points (up from 1,024), reduced parallax and a new Apple Pencil-like tilt feature that lets you use the side of its writing tip for things like shading. This new stylus is available for pre-order now for $99. Only the platinum color is available for pre-order, so far, but there are also black, cobalt blue and burgundy colors on Microsoft's pre-order page.

While some folks may bemoan that the new pen is $40 more than the previous version and doesn't seem to be bundled with Surface Pros, the new price point is absolutely in line with the Apple Pencil. It makes sense that a new stylus, stuffed with high-end features that also work with older Surface devices would be a bit more pricey.

In this article: applenews, gear, microsoft, mobile, personal computing, personalcomputing, pre-order, surfacepen, surfacepro
All products recommended by Engadget are selected by our editorial team, independent of our parent company. Some of our stories include affiliate links. If you buy something through one of these links, we may earn an affiliate commission.