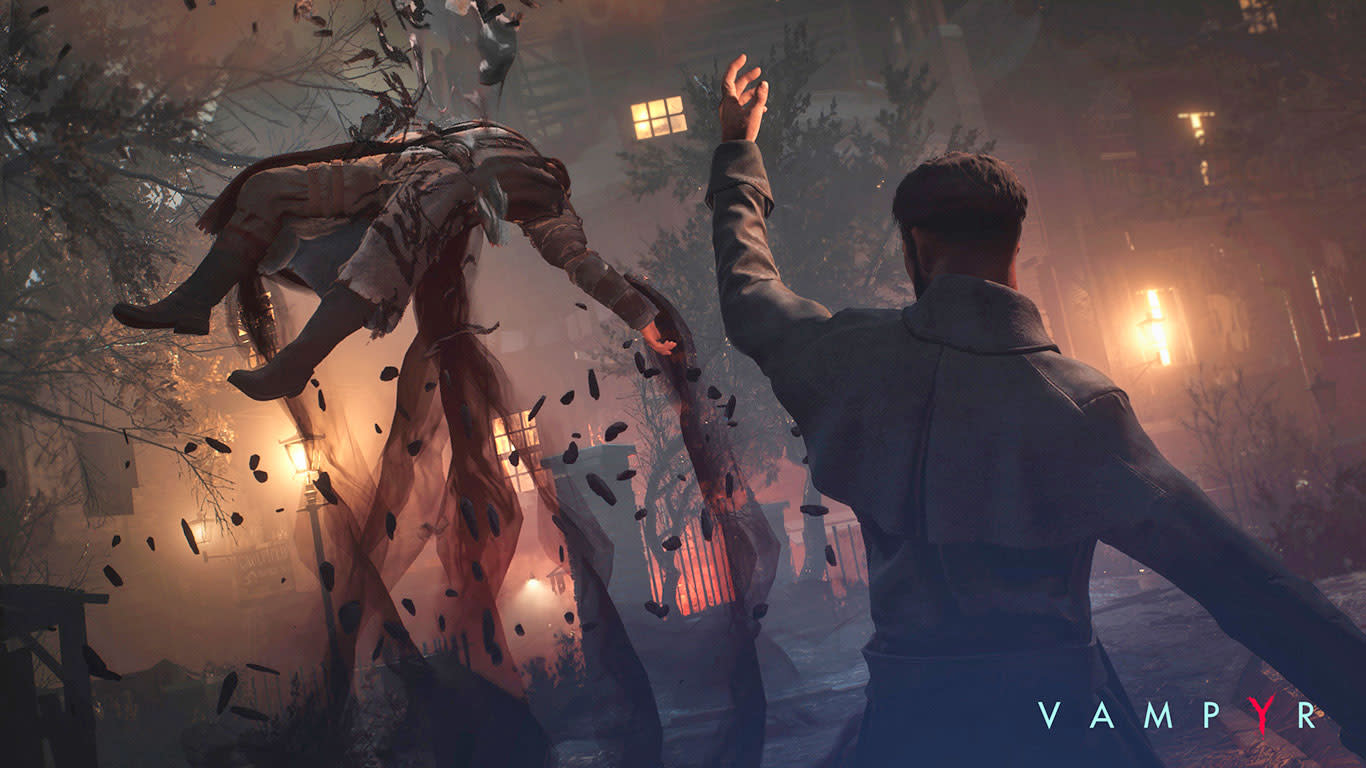 Life is Strange was one of my favorite games of last year. Putting players in a refreshingly normal college setting, it was an interactive experience built around the complexity of human relationships. Now, with its latest title Vampyr, developer Don't Nod has decided to go completely the other way, fully embracing the fantastical. A new trailer shows more of the studio's supernatural take on 1918 London, and also confirms a November release date on PS4, PC and Xbox One for the choice-based action game.

Unfortunately, the lengthy new teaser video reveals little gameplay, only showing pre-rendered footage of people lurking moodily in dark places. With the developers promising players a semi-open world, fast-paced combat, and an environment where every in-game action carries a consequence, it's certainly an ambitious title. Yet, given how little of the game has been show both to the press and fans online so far, Vampyr is still a bit of an unknown quantity.

Until someone goes hands-on, it's difficult to say whether every aspect of the game will actually come together as promised. Perhaps during E3 next week, Vampyr will finally prove that it can fulfill all of its developer's lofty promises.

In this article: applenews, av, dontnod, dontnodentertainment, gaming, lifeisstrange, pc, ps4, vampyr, XboxOne
All products recommended by Engadget are selected by our editorial team, independent of our parent company. Some of our stories include affiliate links. If you buy something through one of these links, we may earn an affiliate commission.