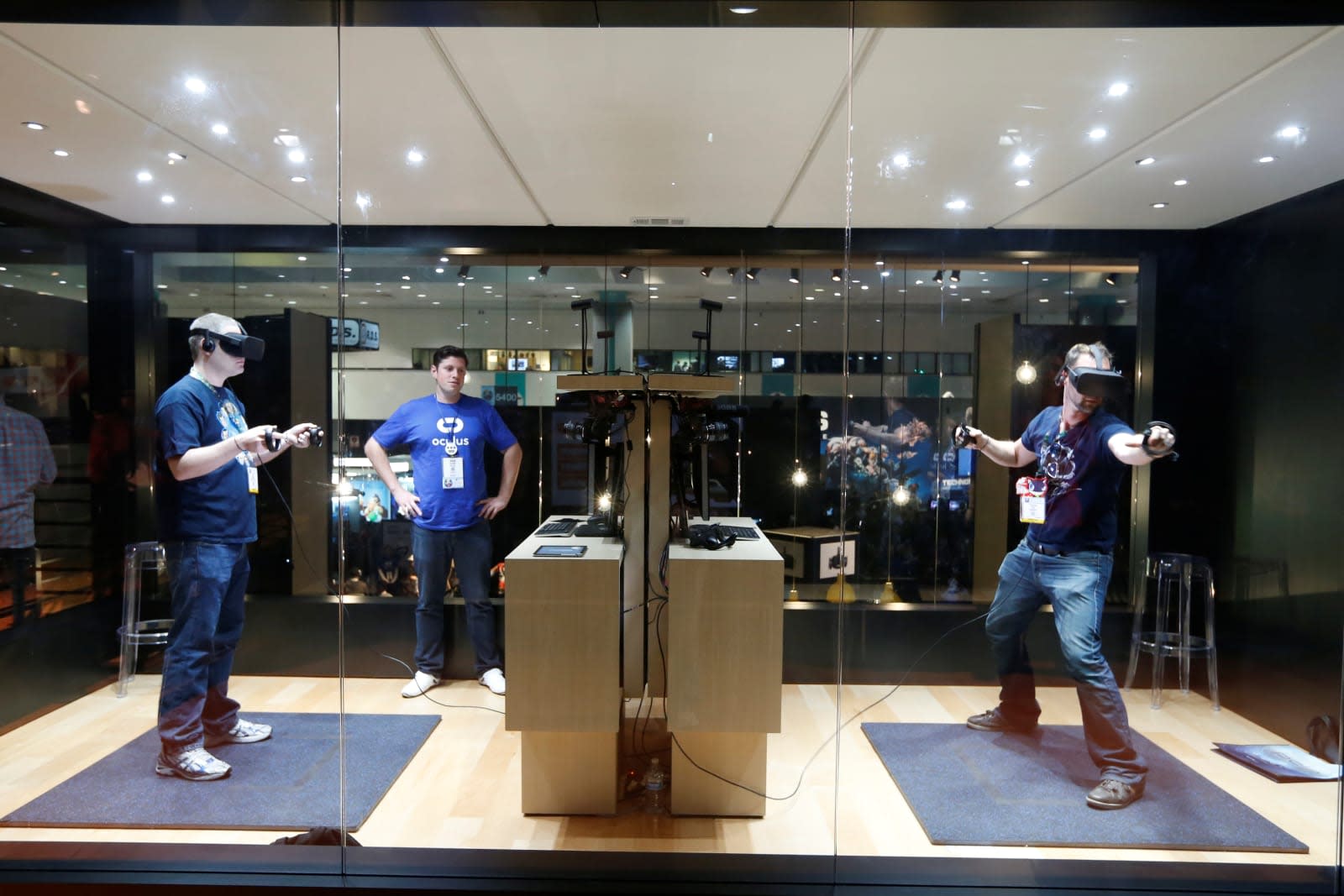 Virtual reality doesn't have much of a foothold in the eSports world. You can watch tournaments in VR, but competing in VR? Almost unheard of. Intel wants to change that: It's teaming up with Oculus and long-time partner ESL to kick off the VR Challenger League. The competitive gaming series will have players donning headsets to take each other on through Insomniac's The Unspoken and Ready at Dawn's Echo Arena. The league will start with online-only competition in July, but the finalists will square off in person at the Intel Extreme Masters World Championship in 2018.

Intel and ESL have an additional deal that will see Intel's processors power both tournament PCs and behind-the-scenes systems.

It's an important move, but we wouldn't expect VR to match the popularity of conventional eSports in the near future. Multiplayer VR games are quite rare as it is, let alone titles that lend themselves to competitive play. And there's also the higher barrier to entry: you need both a VR headset and a computer fast enough to handle it. It'll be a while before the audience is large enough, and the costs low enough, that VR tourneys will really take off. Intel and partners just know that they have to start somewhere.

In this article: applenews, e32017, esl, esports, facebook, games, gaming, gear, intel, oculus, personal computing, personalcomputing, videogames, virtualreality, vr
All products recommended by Engadget are selected by our editorial team, independent of our parent company. Some of our stories include affiliate links. If you buy something through one of these links, we may earn an affiliate commission.