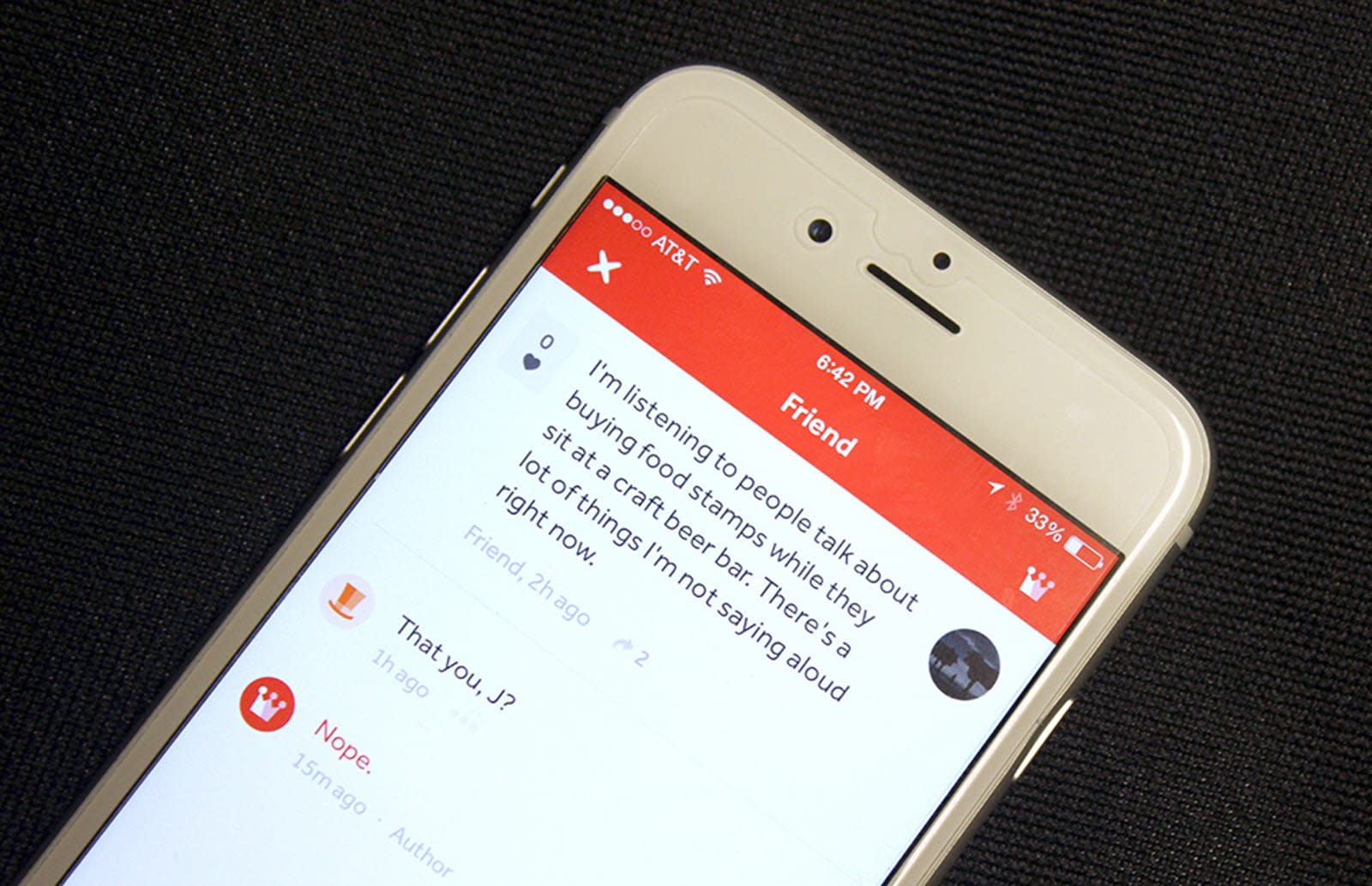 The years-long drama surrounding Secret is coming to an end. Postmates has hired Secret founder David Byttow and his teammate, Ben South Lee, shutting down their publishing platform Bold (and plans for a Secret revival) in the process. Byttow will lead the product development for Postmates' app, and it's clear that he sees bright prospects for the on-demand delivery service -- the entrepreneur believes his new employer can "leapfrog itself." Whether or not that happens, the career move underscores the volatility of internet startups, and Secret in particular.

In many ways, Secret was the poster child for every Silicon Valley startup with lots of investment money but no clear road to success. In 2014, it was one of the hottest social apps on the planet -- it broke major news (such as Vic Gundotra leaving Google), raised tens of millions of dollars in funding and garnered plenty of buzz, at least in the San Francisco Bay Area. However, it quickly fizzled out as a combination of controversies (such as bullying and muckraking) and its singular focus dragged it down. The service closed shop within about a year, leading Byttow and Lee to work on the far more practical Bold and the anonymous publishing platform IO.

This isn't necessarily a gamble for Postmates. Byttow and Lee are clearly experienced, and Byttow in particular has a track record for garnering attention. However, it does hint that the modern, app-centric Silicon Valley is growing up. Where Secret was ultimately a niche service without much to do once the novelty wore thin, Postmates is relentlessly practical. Byttow and Lee might not get as much attention in their new positions, but they're not going to deal with the roller coaster ride of years past.

In this article: applenews, bold, davidbyttow, gear, internet, postmates, secret, socialnetwork, socialnetworking
All products recommended by Engadget are selected by our editorial team, independent of our parent company. Some of our stories include affiliate links. If you buy something through one of these links, we may earn an affiliate commission.