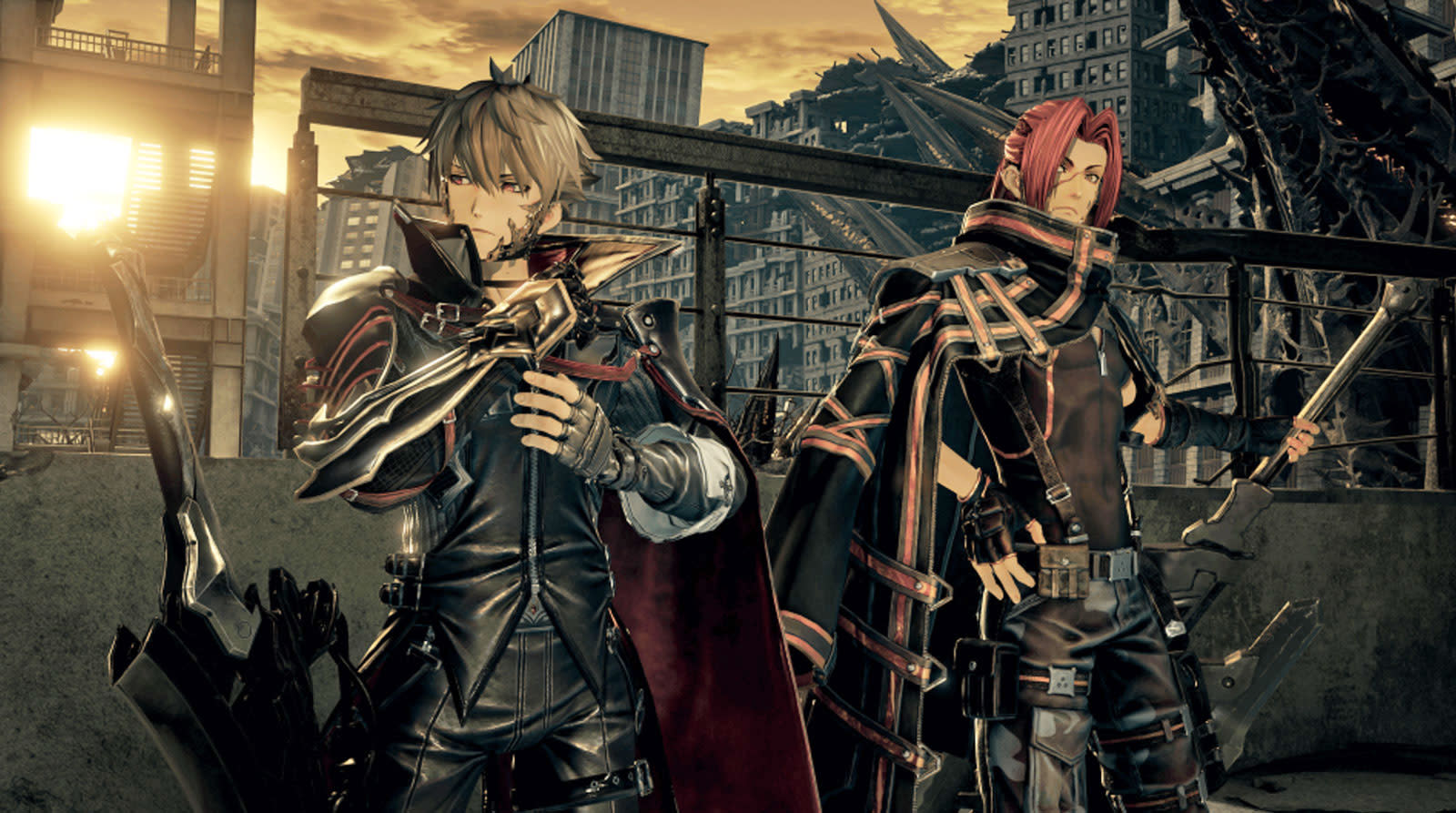 Bandai Namco released the first trailer for its upcoming action-RPG game Code Vein just last month, but it couldn't exactly let E3 come and go without spilling a few more beans now, could it? We're no closer to a concrete release date, with 2018 still as definitive as it gets, but we do now know what platforms the third-person, anime-esque title will be available on. Bandai Namco previously said Code Vein would be hitting "major home consoles" next year, but it's now clarified the title is headed to Xbox One, PlayStation 4 and PCs too, via Steam.

The Code Vein trailer for E3 is more or less a shorter version of the one we've already seen. Most of the in-game footage has simply been reordered and recycled, but there are a few new frames highlighting an armor-clad character you'd imagine will be key to the story. If you're catching up, Code Vein is set in a cityscape ravaged by "a mysterious disaster." It appears anything and everything now has a "thirst for blood," even those seeking "an exit out of this new demented reality." But don't call them vampires, because Bandai Namco doesn't ever call them vampires.

In terms of gameplay, the action-RPG basically looks like a more cartoony version of Dark Souls, with methodical, almost puzzle-like combat that should both delight and infuriate. There's a player-selected "companion" element to the game too, so at least you'll have a partner in tow to mourn your many, many deaths.

In this article: applenews, av, bandainamco, codevein, darksouls, e32017, game, gaming, trailer
All products recommended by Engadget are selected by our editorial team, independent of our parent company. Some of our stories include affiliate links. If you buy something through one of these links, we may earn an affiliate commission.