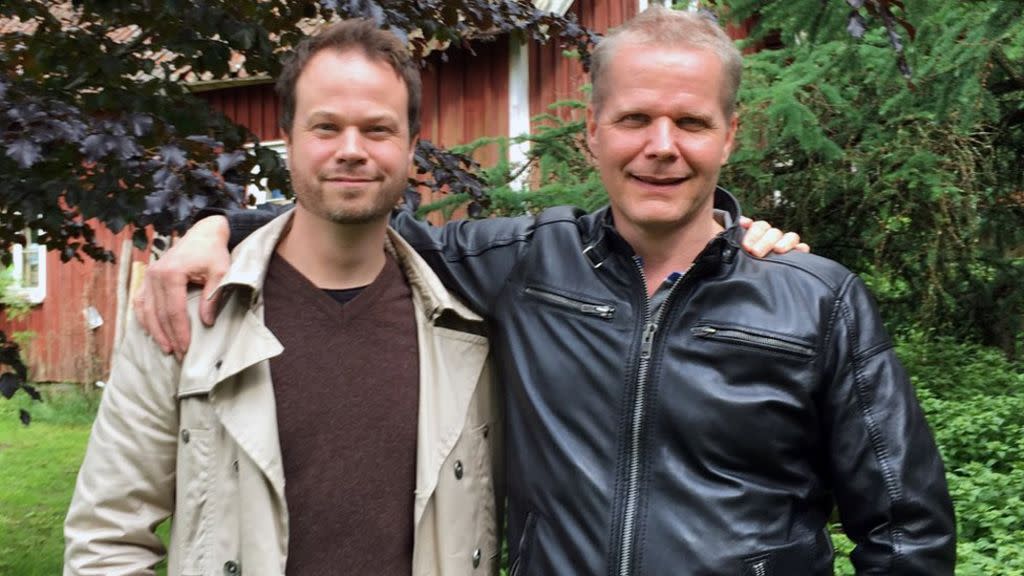 If you're in prison for murder, may I suggest getting yourself onto a podcast? It worked for Kaj Linna, a Swedish man just released from prison after a podcast got him a retrial.

In 2004, Linna was sentenced to life in prison after being convicted of a robbery and murder that took place on a farm in northern Sweden. The brother of the murdered man thought he recognized the voice of the attacker. That man had an alibi but he directed police to another person who ultimately fingered Linna. He was the prosecution's main witness in a case that lacked forensic evidence.

But Linna maintained his innocence and the podcast Spar, hosted by journalists Anton Berg and Martin Johnson, investigated the case. During an interview, the witness that contributed to Linna's conviction gave new information that contradicted his testimony and Linna used the recording of that interview in an appeal. It got him a new trial and eventually an overturning of his conviction. He'd spent 13 years in prison.

Spar is part of the growing true crime docuseries trend. It follows the wildly popular Serial podcast and Netflix's series Making a Murderer, both of which brought national attention and skepticism to their featured murder cases. And who can forget The Jinx and its stunning final episode? Unfortunately for US true crime geeks, Spar is in Swedish, but if you're really hankering for another binge, consider watching Netflix's recent release The Keepers. And in the meantime, stay sexy and don't get murdered. Genuine true crime fans will know what I mean.

In this article: applenews, av, entertainment, hbo, MakingAMurderer, netflix, NPR, podcast, serial, thejinx
All products recommended by Engadget are selected by our editorial team, independent of our parent company. Some of our stories include affiliate links. If you buy something through one of these links, we may earn an affiliate commission.