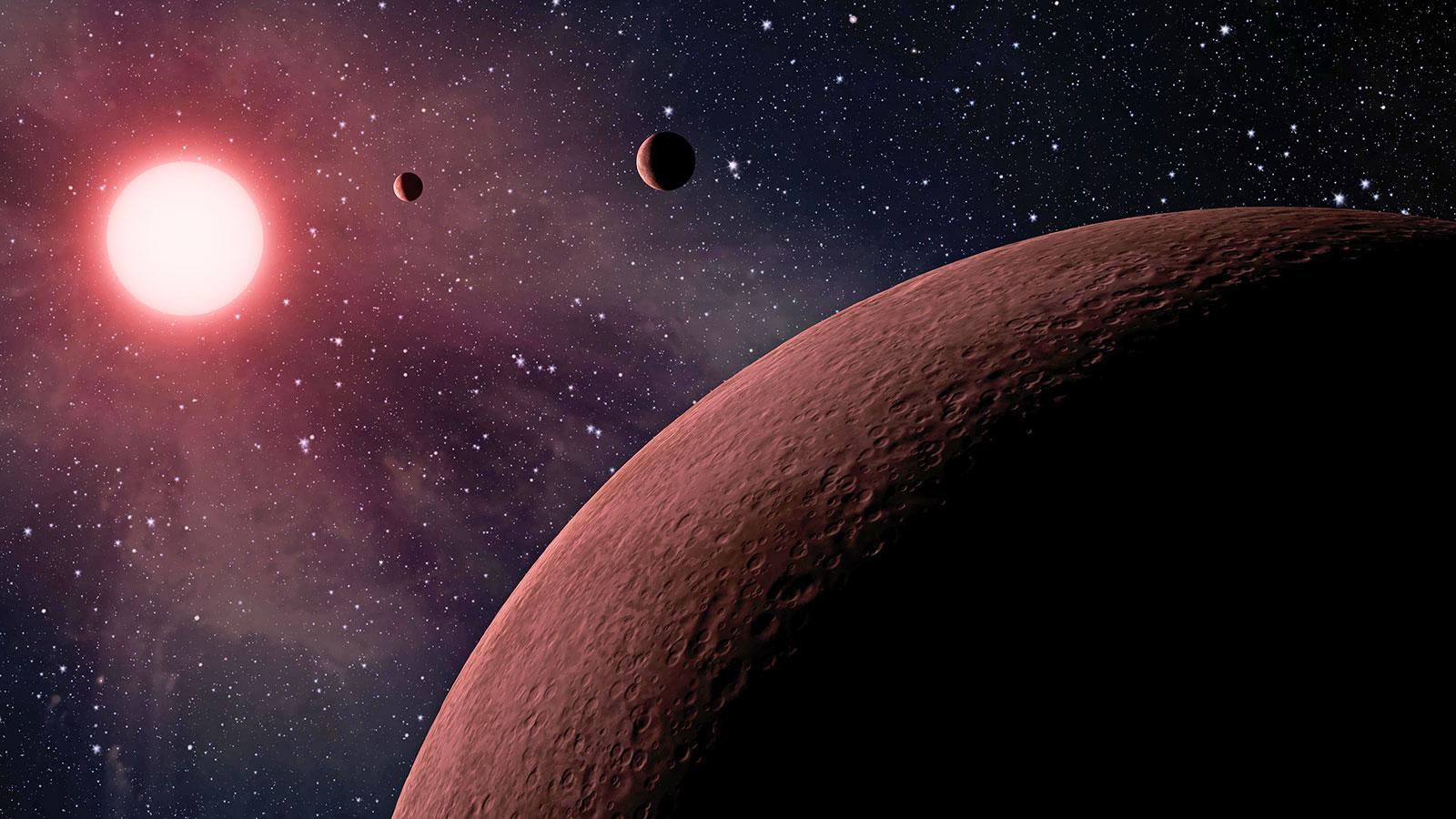 Remember when everyone went nuts over the seven Earth-like planets the Spitzer telescope found back in February shortly after Trump was inaugurated? If you're still keen to leave, NASA has released a batch of 219 recently-discovered planet candidates -- including ten near-Earth size that orbit in their star's habitable zone.

Scientists used the famed Kepler Space Telescope to find this particular catalog, bringing the total number of candidates found by the orbiting instrument up to 4,034. But only 50 of those are about the size and appropriate distance from their star where liquid water could pool on the surface. This ideal sliver of area, known as the "habitable zone," might have the right conditions to foster life -- and the latest batch adds ten more of these very rare potential planets.

The Kepler telescope didn't just spot this new selection: NASA has been analyzing cosmic images captured by the spacecraft from 2009-2013 and periodically released their results in batches. This latest group's larger occurrence of Earth-size, habitably-zoned planets is a happy accident, and one that illustrates NASA's ultimate goal in processing all the telescope-collected data: To better categorize planets across the universe and improve the search for more potentials Earths.

"The Kepler data set is unique, as it is the only one containing a population of these near Earth-analogs -– planets with roughly the same size and orbit as Earth," said Mario Perez, Kepler program scientist in the Astrophysics Division of NASA's Science Mission Directorate, in a press release. "Understanding their frequency in the galaxy will help inform the design of future NASA missions to directly image another Earth."

In this article: applenews, exoplanet, kepler, nasa, space, SpaceTelescope, tomorrow
All products recommended by Engadget are selected by our editorial team, independent of our parent company. Some of our stories include affiliate links. If you buy something through one of these links, we may earn an affiliate commission.