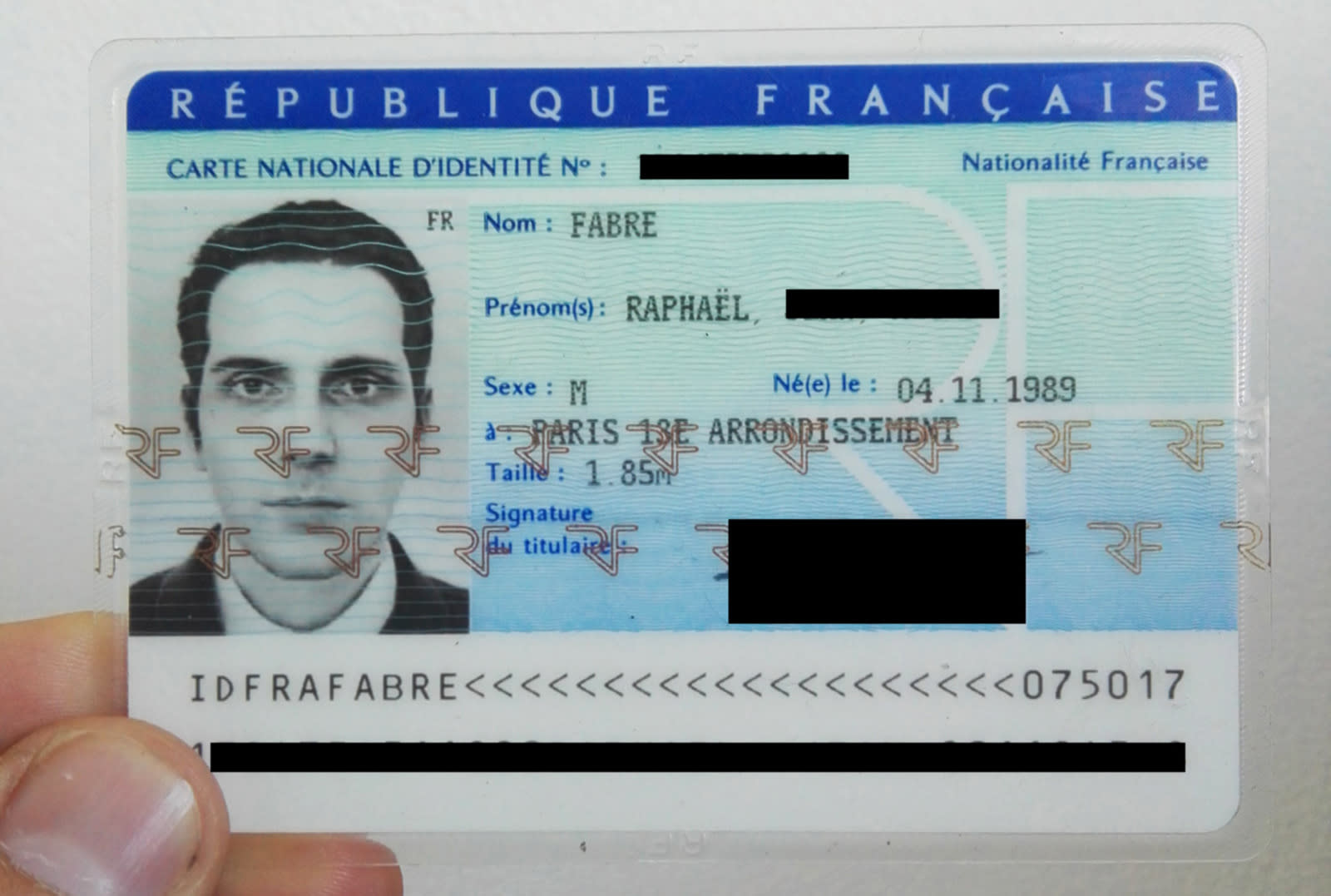 Using a 3D render as a French ID card 'photo'

Everybody wants a decent photo ID, but French artist Raphaël Fabre took the quest to a new level. Rather than just having someone snap him, he built a 3D model of his head and torso, then created a nearly photorealistic rendering of himself for a new project called CNI. He submitted that to the French authorities, who duly issued him a carte nationale identité, never realizing that the image was, as he put it, "practically virtual, a video game version, a fiction."

To create the image, Fabre used "techniques used for special effects in movies and in the video game industry." Specifically, he sculpted his head and torso from a bare cube using the 3D modeling program Blender, then adorned the model with clothing purchased from the Turbosquid 3D marketplace. The model was textured with photos of himself, as is typically done for photorealistic humans, then touched up to correct the lighting and proportions. Fabre said he created around 50 versions of his head before he found one that was believable. When seen at the full render size, you can see tiny faults with the hair, jacket and details on his face. However, at the 32mm official size (about 1.2 inches) it's easy to see why French officials bought it. Unlike with driver's license photos in the US and Canada taken in person, France allows you to submit your own, much as you would with a passport.

Fabre's ID photo does have a point and fits into a larger part of his art. Much of that revolves around the idea of leading viewers into a virtual, "non-existent universe ... the construction of a permanent fiction," he writes on his website. For instance, another project called Opening brings viewers into an installation featuring a fake company, complete with its own Facebook page, logo, promotional materials and website. Actors speak to the visitors, but frustratingly, never respond to them, not unlike chatbots on sites like Facebook.

It's meant to illustrate how our increasing interaction with the digital via VR and 3D is, in effect, placing us more and more often into works of fiction. "The viewer, which is almost the only real thing in this fiction, circulates in the fake scenery, talking to the actors, going on fake websites, and interfering in this virtual world," he said in an email to Engadget.

The photo ID fits perfectly with that idea. "I wanted to put fiction, digital and virtual into the most real object there is," he said. "Since it is a representation, the idea of the identity itself becomes a sham ... a reflection of the world of digital retouching, big data and social media in which we live."