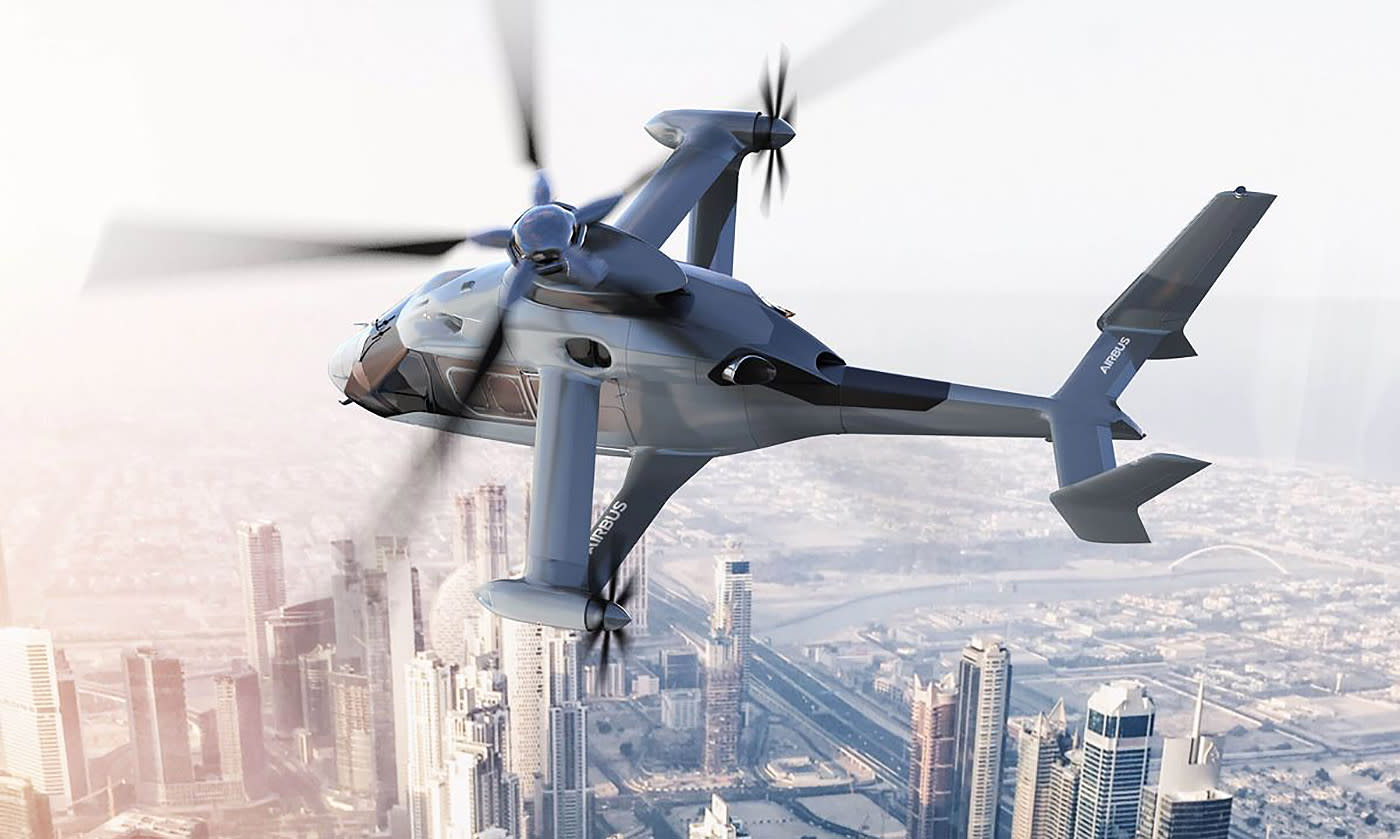 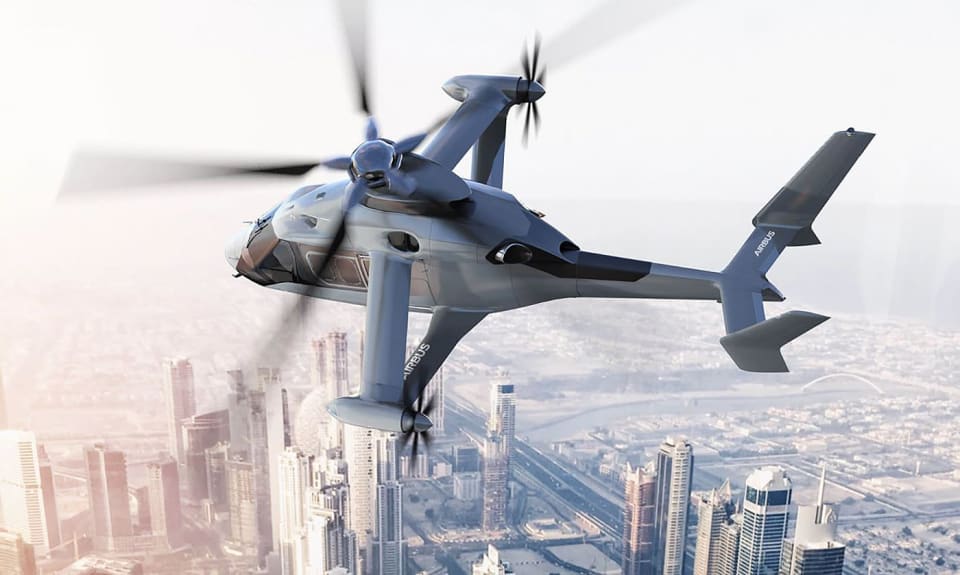 Airbus has showed off a new helicopter concept at the Paris Airshow that could give operators everything they want: speed, versatility and economy. The Racer (rapid and cost-effective rotorcraft) features a main rotor like a regular helicopter, but uses pusher propellers to accelerate it forward and a new "box-wing" system for extra lift. As a result, it'll power along at up to 400 km/h (250 mph) while being able to take off on a dime like a regular chopper.

The Racer is based on Airbus Helicopters' X3 prototype helicopter, which set a helicopter speed record at 255 knots in level flight in 2013. Like that model, it uses the main rotor for STOL take-off capabilities, but once the propellers start pushing forward, the main rotor slows down and the box wings take on some of the lifting chores. As such, it works a bit like a hybrid gyrocopter, though such aircraft use unpowered main rotors and powered pusher props.

It will improve on the X3 in a few areas. It uses a single shaft (with a gearbox) and twin-engine Safran RTM322 engines, making it easier to maintain. The concept also moves the propellers behind the wings, isolating passengers from noise and vibration -- an idea it patented back in 2014.

To further reduce noise and increase speeds, Airbus replaced the rear tail rotor with a simple tail wing. Anti-torque for the main rotor will instead come from the counter-rotating propellers, or "lateral rotors," as Airbus calls them. The aim is to offer 50 percent more speed than a normal helicopter, with just 25 percent more cost, saving operators over 20 percent per mile, per passenger.

Regular helicopters can normally fly up to around just 160 mph, because at cruising speeds, the advancing main rotor blades have a much higher relative speed than the retreating ones. As a result, the retreating blades can approach a "stalled," non-flying condition if the speed is too high, while the advancing blades can be buffeted by shock waves as they hit near-supersonic speeds.

The Airbus X3 and Racer get around this by decreasing the main rotor RPM by around 15 percent at high cruising speeds. The pusher props over the thrusting chores, while the wings can handle as much as 80 percent of the lift, helping the next-gen copters fly faster and more economically. "It will pave the way for new time-sensitive services for 2030 and beyond, setting new benchmarks for high-speed helicopter transportation," said Airbus Helicopters CEO Guillaume Faury in a statement.

In this article: applenews, concept, gear, Gyroplane, Helicopter, ParisAirshow2017, PAS, Racer, tomorrow, transportation, video
All products recommended by Engadget are selected by our editorial team, independent of our parent company. Some of our stories include affiliate links. If you buy something through one of these links, we may earn an affiliate commission.