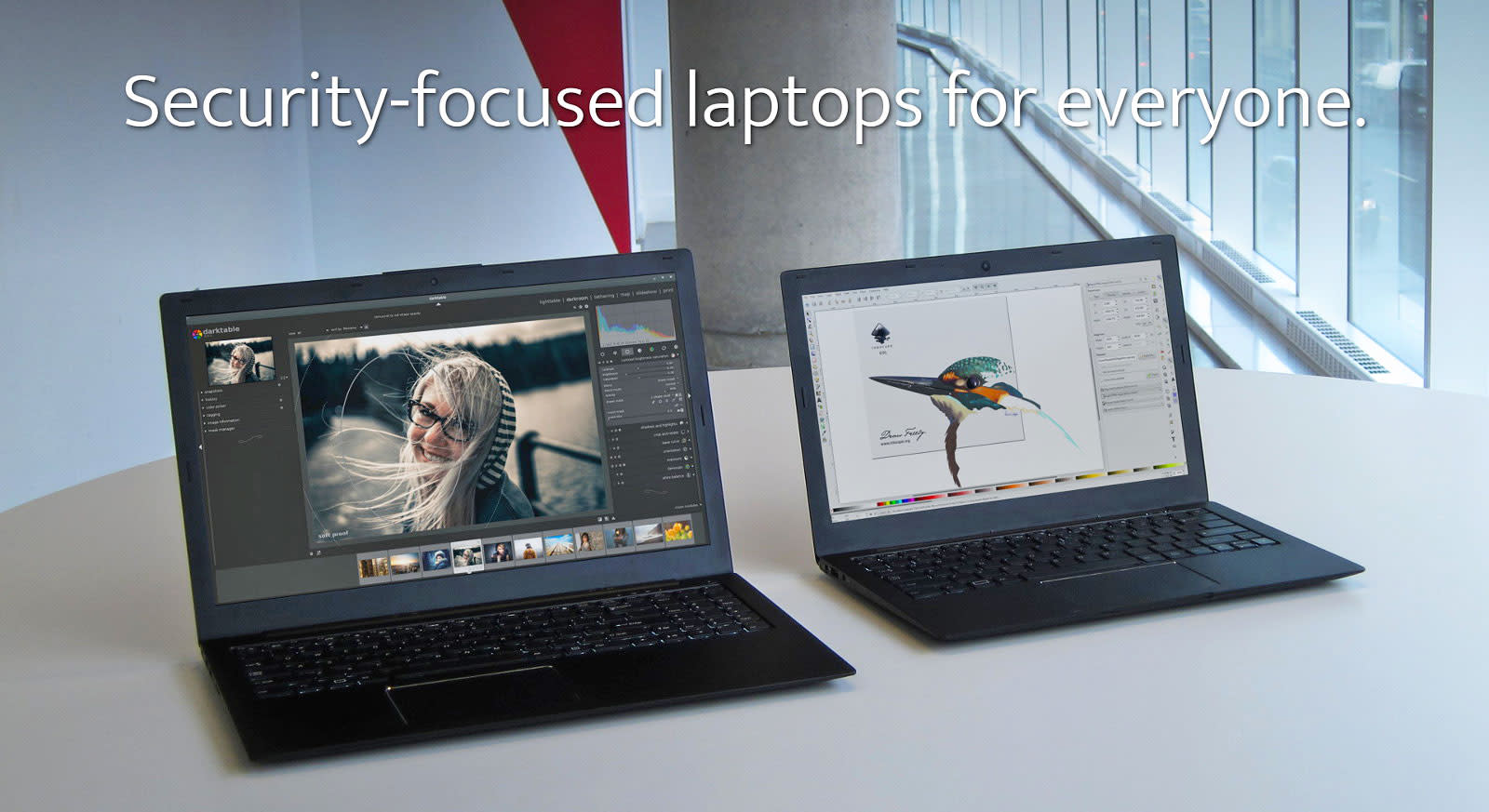 Purism is nowhere near as well-known as other PC makers, but you may want to keep it on your radar if you're becoming increasingly concerned about security and privacy. The company, which only used to sell made-to-order machines, has just announced the general availability of its security-focused Librem 13 and Librem 15 laptops. That means you don't have to wait months in a waiting list just to be able to buy one -- you'll now get your computer within "a few weeks after purchase."

The company says it works with hardware manufacturers to make sure its components can't be used to infiltrate your system. For instance, its laptops have a kill switch that turns off their mic and camera, so you can make sure nobody's spying on you through your webcam, which unfortunately can happen to anyone. Another kill switch disables their WiFi and Bluetooth in an instant to prevent unauthorized connection to your computer in public. Librem 13, 15 and the brand's other computers also run the company's own PureOS that's a derivative of Debian GNU/Linux.

Purism might have decided it's high time to make their computers more accessible now that people are becoming more conscious about the security of their devices. It specifically mentioned the WannaCry ransomware attacks in its announcement post as one of the more recent large-scale security scares. By eliminating the need to wait for months, the buying process becomes much less intimidating for ordinary people or non-security researchers. Take note that the Librem laptops aren't cheap, though: based on what we've seen from the manufacturer's website, the 13-inch laptop will set you back at least $1,699, while the cheapest 15-inch configuration costs $1,999.

In this article: applenews, gear, personal computing, personalcomputing, security
All products recommended by Engadget are selected by our editorial team, independent of our parent company. Some of our stories include affiliate links. If you buy something through one of these links, we may earn an affiliate commission.