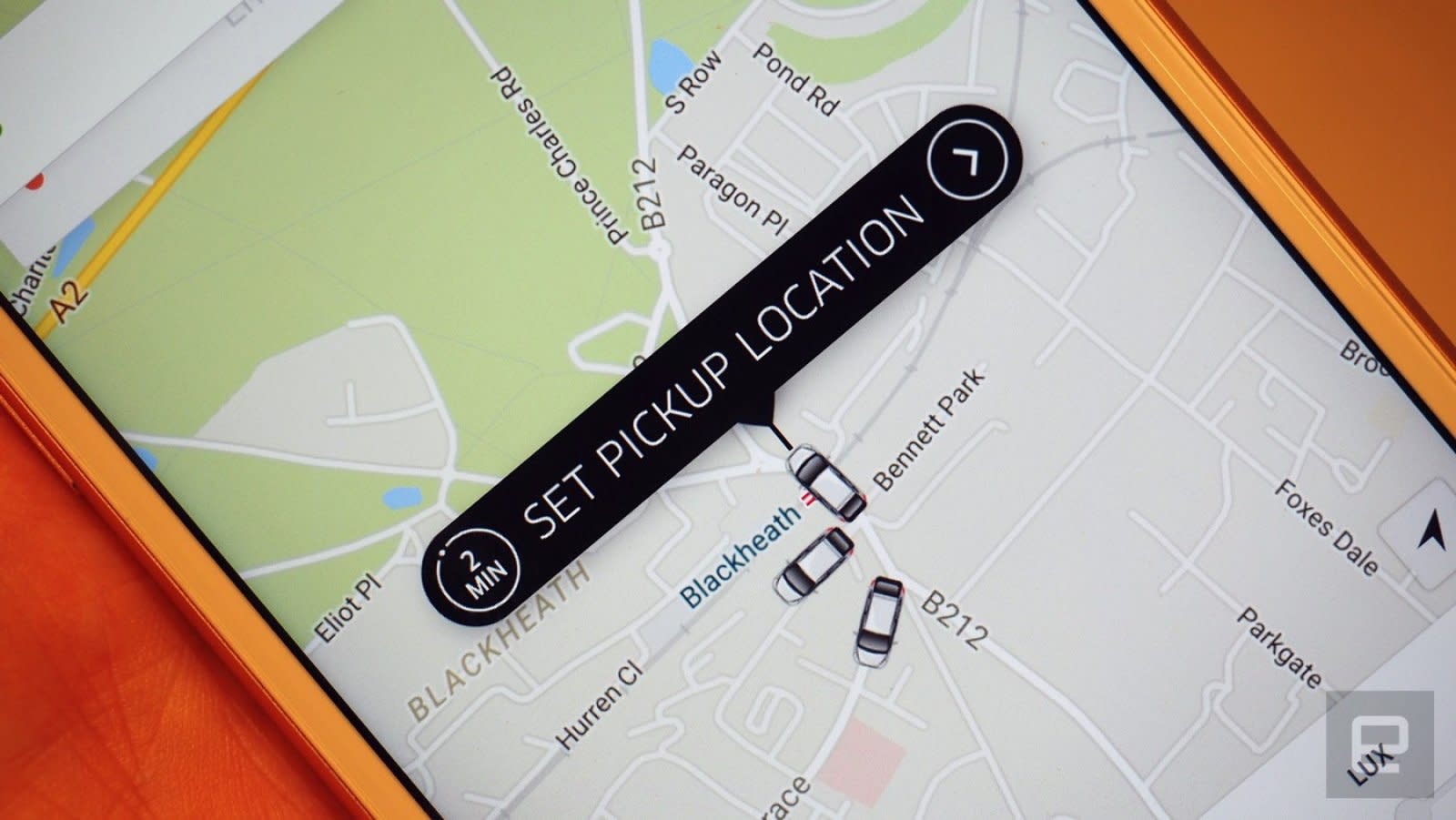 Uber continues to fight against an upcoming rule change that would force London drivers to pass an English language exam. Today, the ride-hailing company has won the right to appeal the requirement, originally proposed by Transport for London in March 2016, that all private hire chauffeurs hold an English GCSE or, if they're from a predominantly non-English speaking country, B1-level qualification. Uber broadly supports the rule change, but thinks the written exam component is unfair. "Writing an essay has nothing to do with communicating with passengers or getting them safely from A to B," Tom Elvidge, Uber's General Manager for London said.

The appeal follows a long legal tussle between the two organisations. The original rule changes announced in 2016 were light in comparison to other European cities (some of which have outright banned Uber), but expansive. Uber took legal action in August, which led to a partial review by the courts. Some of the rules came into effect in October but the English exam requirement — arguably the most critical change — was delayed until March 2017. In February this year, that date was pushed back once more until September to accommodate a High Court ruling in March.

Keeping up? The courts struck down two of Transport for London's proposals in March which would have required Uber to set up a 24-hour call centre and ensure drivers have permanent private hire insurance. It sided with the transport regulator, however, on the matter of the English language qualification, much to Uber's displeasure. The company announced immediately that it would be filing an appeal, which has now been approved by the legal system. "We're pleased to have secured this appeal to defend tens of thousands of drivers who risk losing their livelihoods because they can't pass an essay writing test," Elvidge added.

The hearing isn't until February next year, however. Given the date, Uber is pushing TfL to delay its intended implementation in September. "We urge TfL and the Mayor not to introduce these disproportionate and discriminatory rules before the appeal is heard," Elvidge said. TfL did not immediately comment when contacted by Engadget.

Update: Transport for London has confirmed it will delay the implementation until next April. A spokesperson said: "As the English language requirement for private hire drivers is subject to legal proceedings, we propose to extend the deadline to meet the requirement to 9 April, 2018. We maintain that all licensed drivers must be able to communicate in English at an appropriate level. This is vital for passenger safety and was supported by the High Court. We will continue to robustly defend this position at the appeal."

Uber's goal is to retain, where possible, the relatively open rules that existed when it first launched in London. That legal ambiguity was, in part, what allowed the company to grow at such a tremendous pace, much to the annoyance of the traditional taxi industry. Any additional regulations pose a threat to that growth. Uber's business, after all, ultimately improves if more trips are handled each day. A difficult English language qualification would, most likely, shrink its pool of drivers, which in turn would cap the number of passengers it can ferry around the city. Fewer cars mean lower revenue — a business trend it would rather avoid.

In this article: court, driver, gear, highcourt, london, ridehailing, tfl, transportation, transportforlondon, uber
All products recommended by Engadget are selected by our editorial team, independent of our parent company. Some of our stories include affiliate links. If you buy something through one of these links, we may earn an affiliate commission.