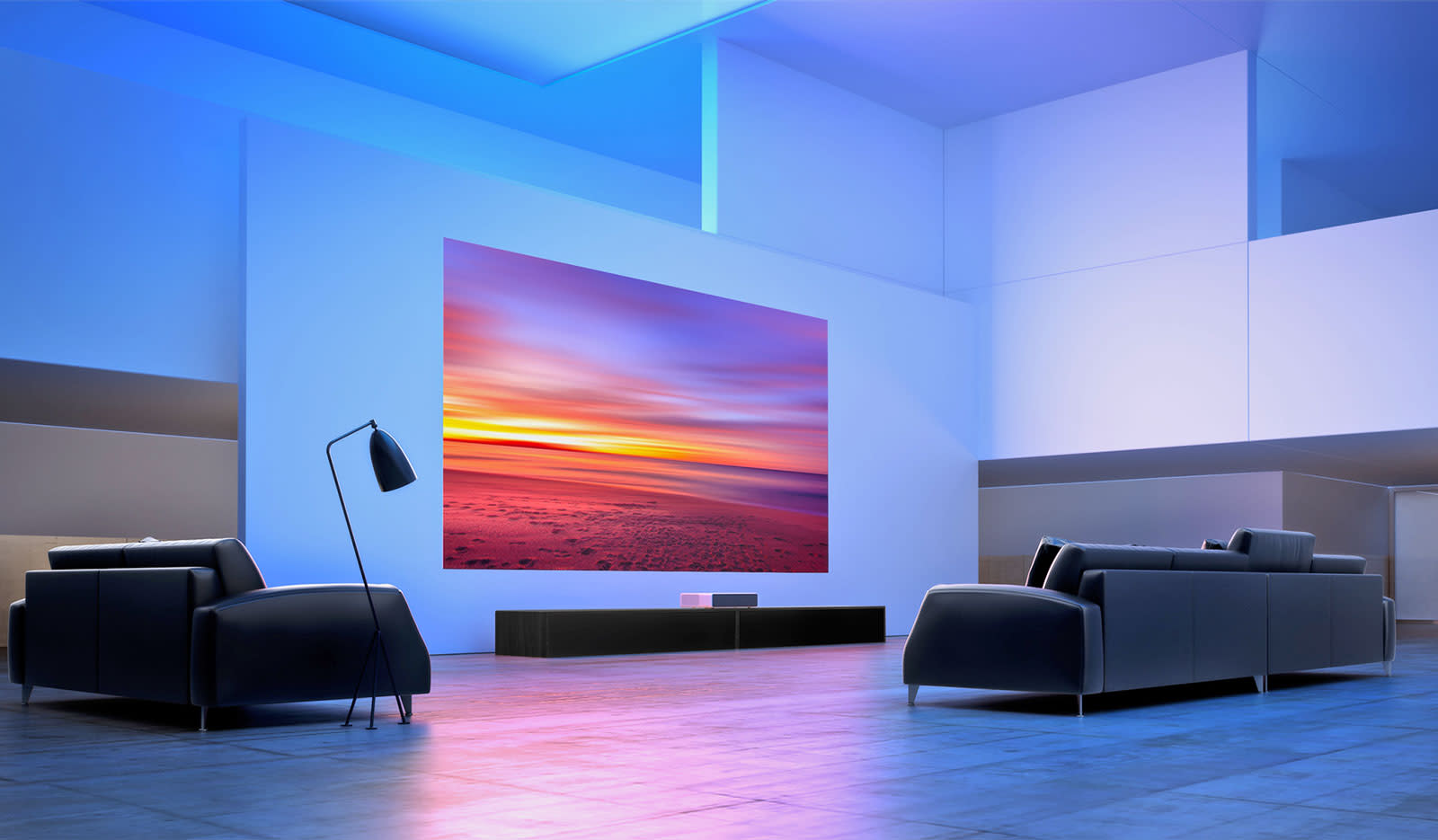 When it comes to home theater setups, high-quality projectors have traditionally been the pricier way to enjoy your movies. Now, however, Chinese tech company Xiaomi is hoping to change that with its new cinema-quality Mi Laser Projector. Priced at a reasonable 9,999 yuan (around $1,470), Xiaomi's latest offering boasts a 150inch display and custom laser tech straight out of movie theaters.

The Mi Laser Projector utilizes ALPD 3.0 laser light source tech developed by Appotronics, the company behind the laser tech in 90 percent of China's movie theaters. Yet, Xiaomi doesn't end its cross-company projector collaboration there, as it also features its own custom digital light processing (or DLP) solution created by Texas Instruments.

In a bid to make the Mi Laser Projector a fully integrated home theater setup, Xiaomi has also included a built in a speaker system and integrated the interface from its recent TV streaming box –- Mi TV.

While laser projectors aren't new, Xiaomi's proposition of bringing the same tech used in cinemas to the home at such a cheap price is definitely tantalizing. Lasers offer the benefit of increased energy efficiency, longer life, faster startup times, better brightness and a wider color gamut.

With its RRP undercutting a lot of the competition, if it can live up to its lofty promises, Xiaomi's latest could certainly turn a few heads. Pre-orders for the Mi Laser Projector go live on July 4th at Xiaomi Mall, and on the company's MIJIA app.

In this article: entertainment, gadgetry, gadgets, LaserProjector, projector, xiaomi
All products recommended by Engadget are selected by our editorial team, independent of our parent company. Some of our stories include affiliate links. If you buy something through one of these links, we may earn an affiliate commission.