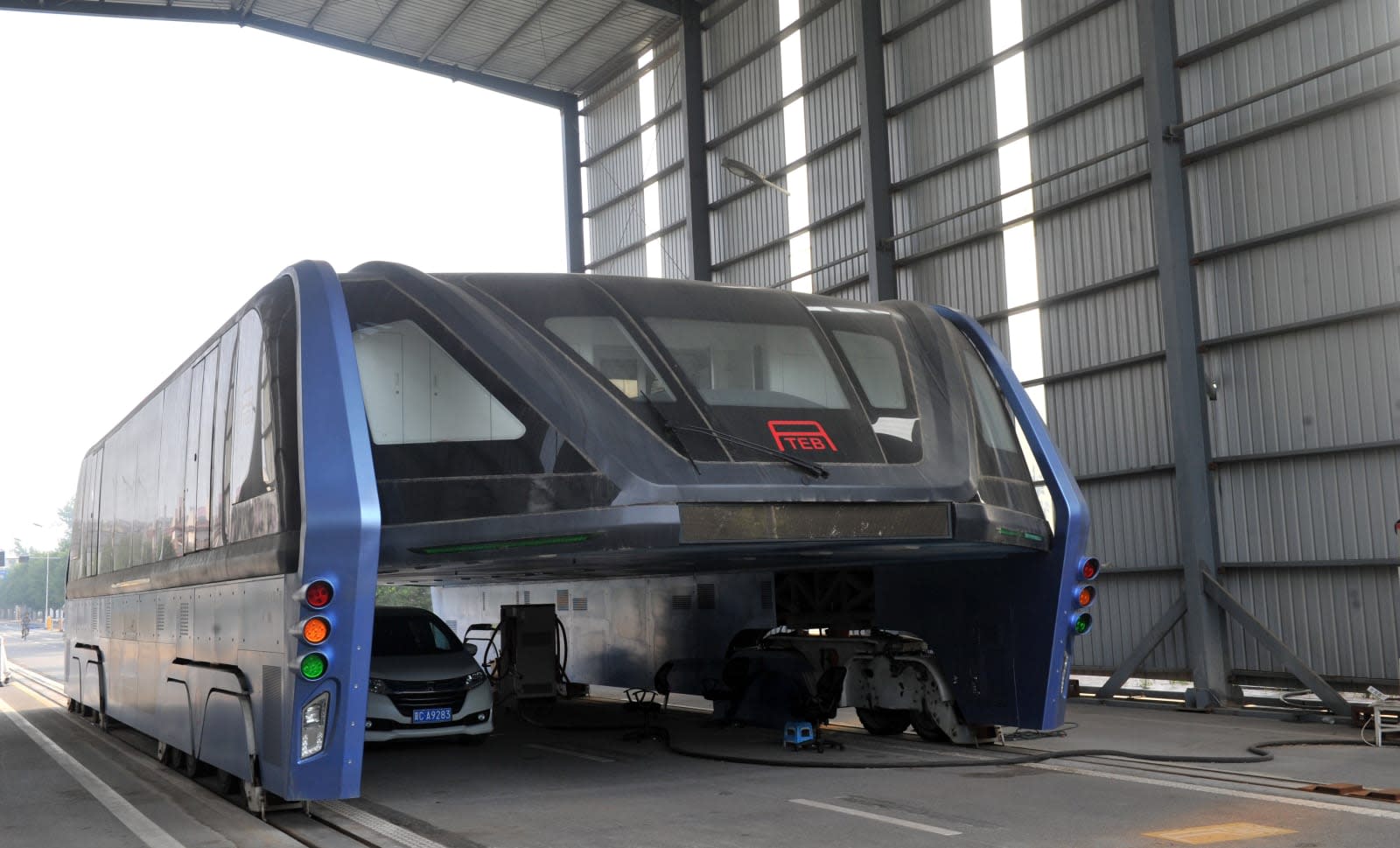 Remember that Chinese public transit experiment running an elevated bus over 300 meters of track along a major roadway? Unfortunately, the test site started gathering dust as "financial problems" and other suspicious setbacks reportedly set in months after the oddball vehicle's unveiling. But now it's official: Chinese authorities believe the whole thing was a scam and have started investigating (and arresting) accordingly.

Yesterday, Beijing police announced they'd opened an investigation for alleged illegal fundraising into the folks behind the Transit Elevated Bus (TEB), as it was called. They're holding over 30 people connected to the capital-raising platform Huaying Kailai, which raised funds from individual investors for the bus. The police are attempting to recover funds from the firm; According to the Southern Metropolis Daily paper, 72 investors have filed suit against the company, which raised 9.1 billion yuan ($1.3 billion) by October 2016, two months after the bus' publicized test debut in the port city of Qinghuangdao.

Suspicions had already been raised even by last year's end. The design firm Autek was still owed millions for its work on the bus, while the test track laid dormant months after its August 31st permit deadline, after which TEB was supposed to pack it up to clear the roadway. Last week, the port city's government decided it had had enough and ordered the tracks demolished and the test bus moved to a nearby parking garage. It seems the dream of an odd elevated bus-tram gliding over commuter traffic is likely at a final, actual end.

In this article: Bus, elevatedbus, Fraud, scam, transitelevatedbus, transportation, hidden:vv_3x4:47bae6a9-1d7b-3fd2-9f83-a0354c262667
All products recommended by Engadget are selected by our editorial team, independent of our parent company. Some of our stories include affiliate links. If you buy something through one of these links, we may earn an affiliate commission.