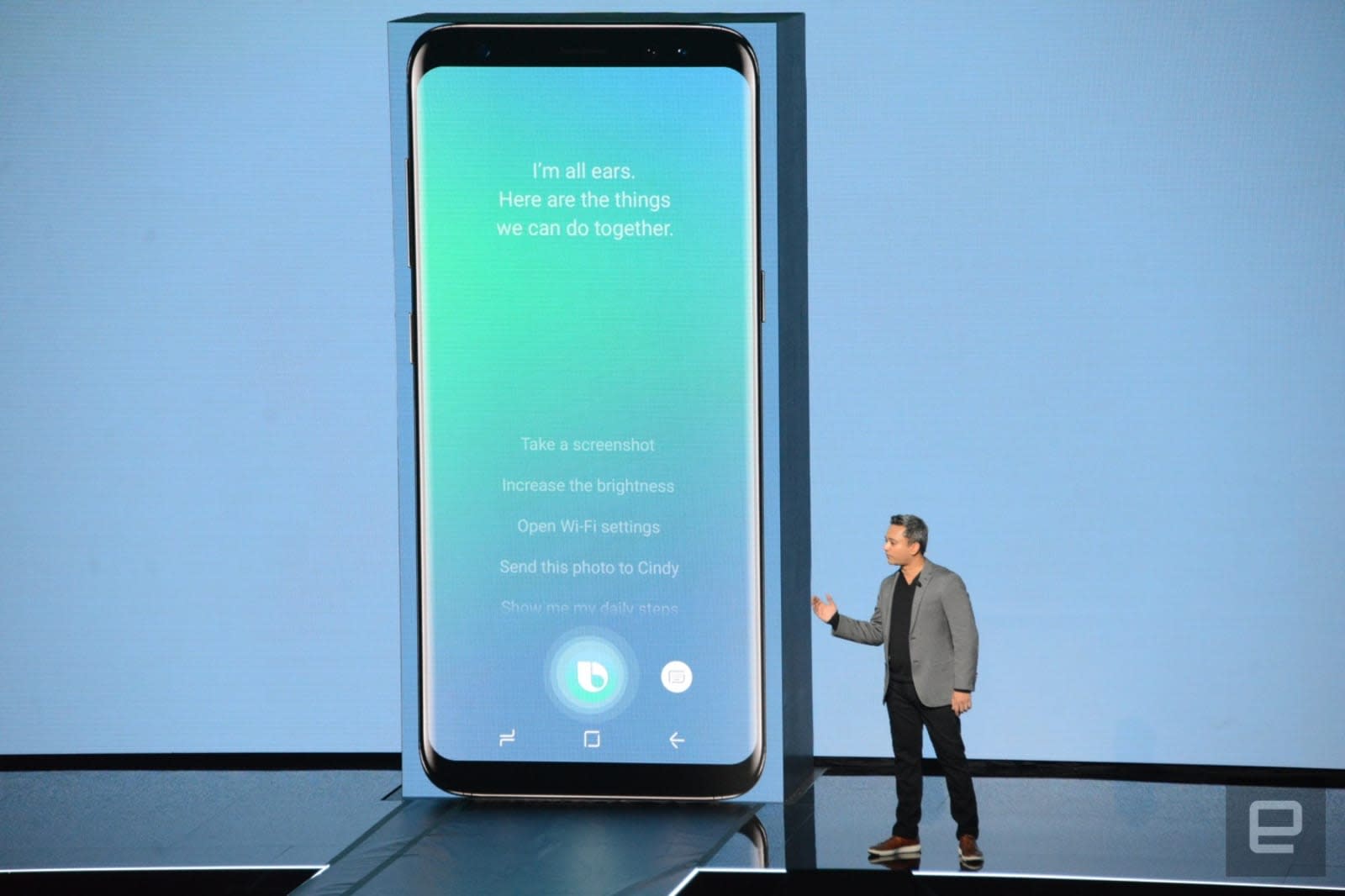 Wondering why Samsung still hasn't enabled Bixby voice features in English despite promising a launch in the spring? Apparently, it's down to a lack of info. A spokesperson tells the Korea Herald that the company just doesn't have enough "big data" to make its AI-powered voice assistant available in languages besides Korean. It needs that extra knowledge to train Bixby's deep learning system, the Herald says. That's borne out by US beta testing: Samsung says there have been some 'unsatisfactory' responses so far.

An unnamed source for the Herald also claims that it's made worse by the geographical and linguistic barriers between Samsung's Korean headquarters and researchers in California. Simply put, it takes much longer to coordinate with an American team than it does in the tech giant's home country. We'd take this with a grain of salt when Samsung hasn't confirmed it, but it makes sense given the work involved in supporting English.

Whatever's at fault, the delay effectively puts Samsung's grand plans for Bixby on hold. It's not just that Galaxy S8 owners are going without a promised tentpole feature -- it's that Samsung can't bring Bixby to other devices properly, or at all, without voice support. What good would that rumored smart speaker be if you couldn't talk to it? Until the assistant is fully functional in numerous countries, it can't be a centerpiece for Samsung's product strategy.

In this article: ai, android, bigdata, bixby, deeplearning, galaxys8, gear, internet, machinelearning, mobile, samsung, smartphone, VoiceControl, VoiceRecognition
All products recommended by Engadget are selected by our editorial team, independent of our parent company. Some of our stories include affiliate links. If you buy something through one of these links, we may earn an affiliate commission.