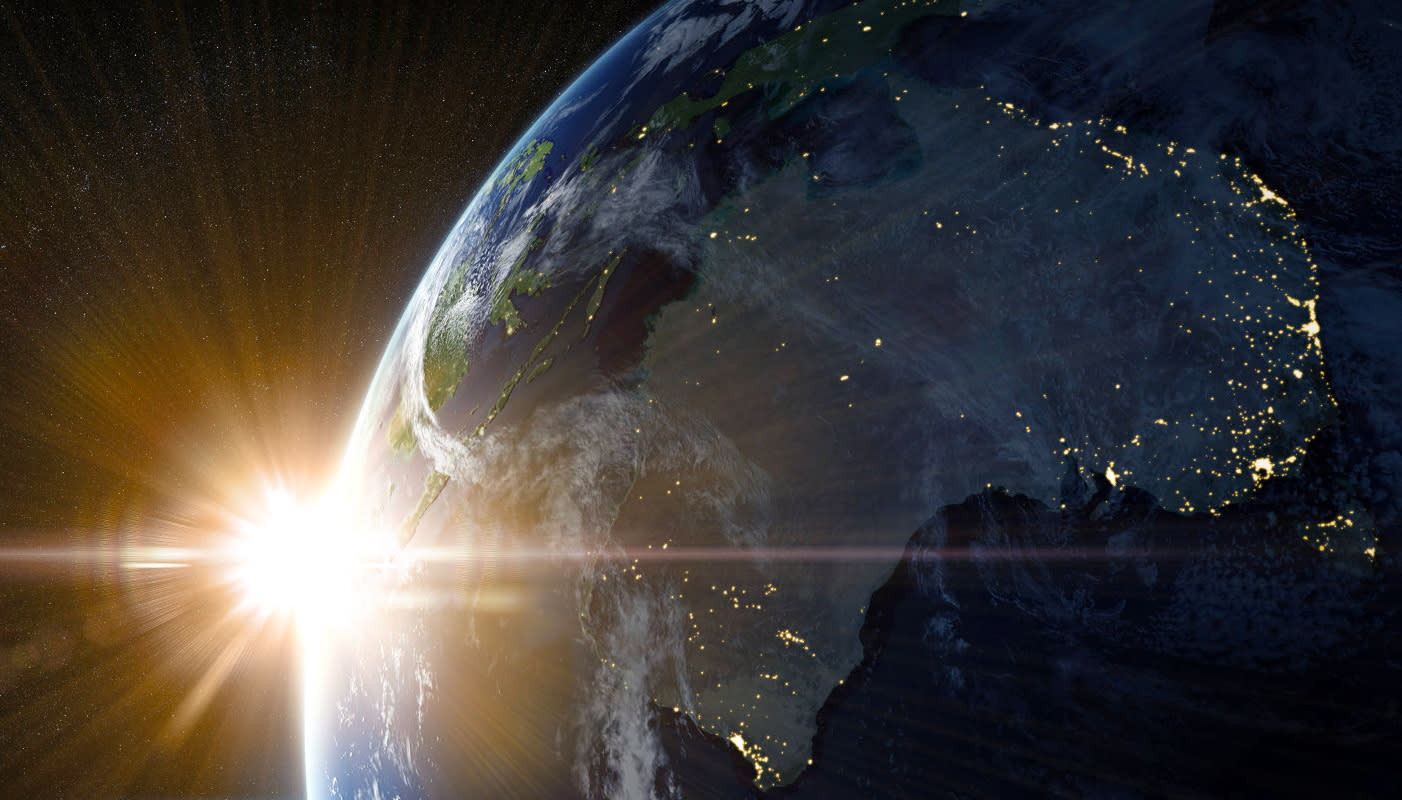 The fastest-moving stars in our galaxy, known as hypervelocity stars, may have a more interesting backstory than scientists first thought, according to new research from Cambridge University.

Astronomers initially believed these super-rare stars -- only 20 have been identified -- had been expelled from the center of the Milky Way by a supermassive black hole, but the study shows that they may have started their breakneck journeys in another galaxy altogether: the Large Magellanic Cloud (LMC).

In a paper published in the journal Monthly Notices of the Royal Astronomical Society, the researchers explain that they wanted to discover why high-speed stars have mainly been recorded in the Northern Hemisphere. If the supermassive black hole theory was correct, the stars would be more evenly-distributed across the sky.

The alternative explanation? The stars are runaways from a binary system. In binary star systems, the closer the two stars are, the faster they orbit one another. If one star explodes as a supernova, it can break up the binary and the remaining star flies off at the speed it was orbiting. The escaping star is known as a runaway.

The LMC is the perfect environment for this, according to the researchers. It's the largest and fastest of the dozens of dwarf galaxies in orbit around the Milky Way -- careening it at around 400 kilometers per second. It only has 10 percent of the mass of the Milky Way, so the fastest runaways born in this dwarf galaxy can easily escape its gravity.

"These stars have just jumped from an express train -- no wonder they're fast," said co-author Rob Izzard, a Rutherford fellow at the Institute of Astronomy. "This also explains their position in the sky, because the fastest runaways are ejected along the orbit of the LMC towards the constellations of Leo and Sextans."

The team is the first to simulate the ejection of runaway stars from the LRC, and will know as soon as next year whether its theory is correct.

"We'll know soon enough whether we're right," said co-author Douglas Boubert. "The European Space Agency's Gaia satellite will report data on billions of stars next year, and there should be a trail of hypervelocity stars across the sky between the Leo and Sextans constellations in the north and the LMC in the South."

In this article: astronomy, blackhole, CambridgeUniversity, ESA, hypervelocity, MilkyWay, runaway, space, stars, tomorrow
All products recommended by Engadget are selected by our editorial team, independent of our parent company. Some of our stories include affiliate links. If you buy something through one of these links, we may earn an affiliate commission.