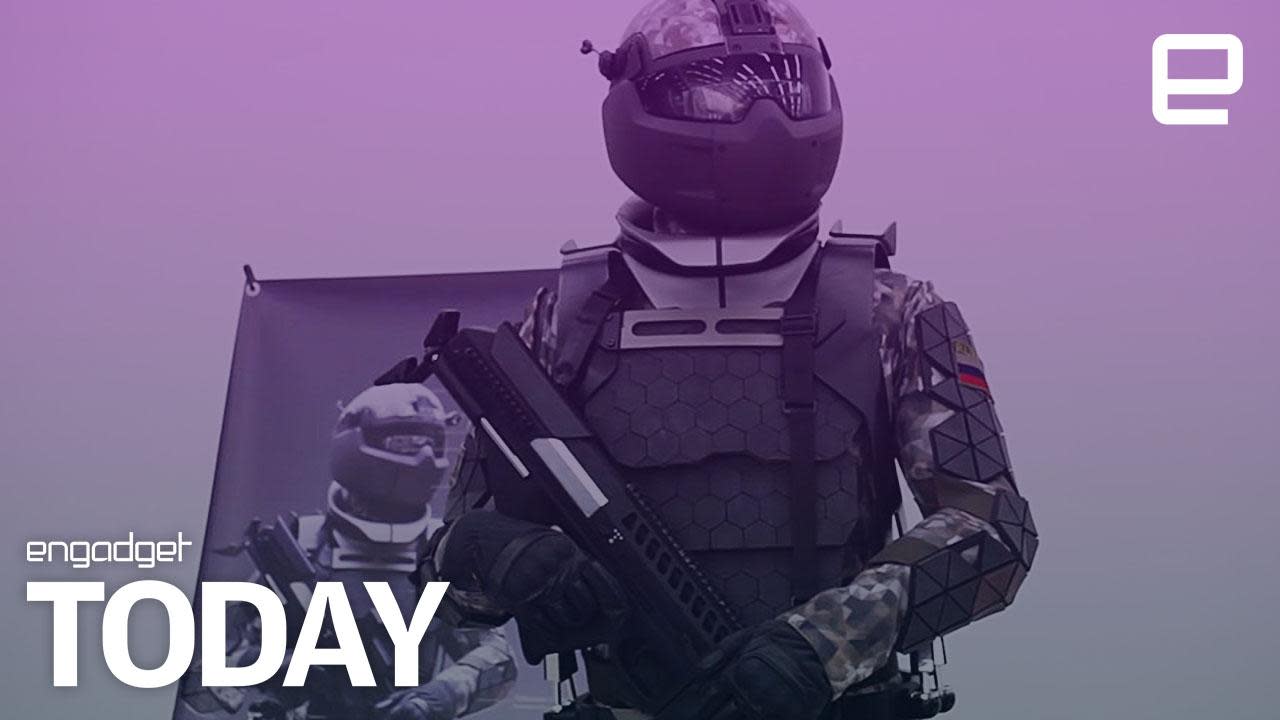 In a bid to make its armed forces look even more intimidating, Russia has taken inspiration from science-fiction to create some futuristic-looking new combat suits. Developed by the state-owned Central Research Institute for Precision Machine Building, this very Star Wars-esque combat armor features a powered exoskeleton, ballistic protection from bullets and shrapnel and a heads-up display. While just a concept at the moment, the suit's designers hope it will enter full production in the next few years.

While they haven't detailed what the heads-up display would be used for, the combat armor's powered exoskeleton helps the wearer carry heavy loads, bearing some of the brunt to lower the soldiers' fatigue. While its designers have clearly spent a lot of time playing video games, we've already seen that Russia's not alone in its bid to create an army of Master Chiefs. Now, taking that idea one step further, a U.S program called Tactical Light Operator Suit (or TALOS) is underway, which is creating an Iron Man-esque suit for American special forces.

With exoskeleton-powered soldiers and flying Volvos on the horizon, at this point we're just patiently waiting for the first real-world superheroes to reveal themselves.

In this article: aoloriginals, armor, dailyshow, Engadget, EngadgetToday, engadgetvideo, entertainment, exoskeleton, KerryDavis, military, robotics, russia, security, tomorrow, video
All products recommended by Engadget are selected by our editorial team, independent of our parent company. Some of our stories include affiliate links. If you buy something through one of these links, we may earn an affiliate commission.