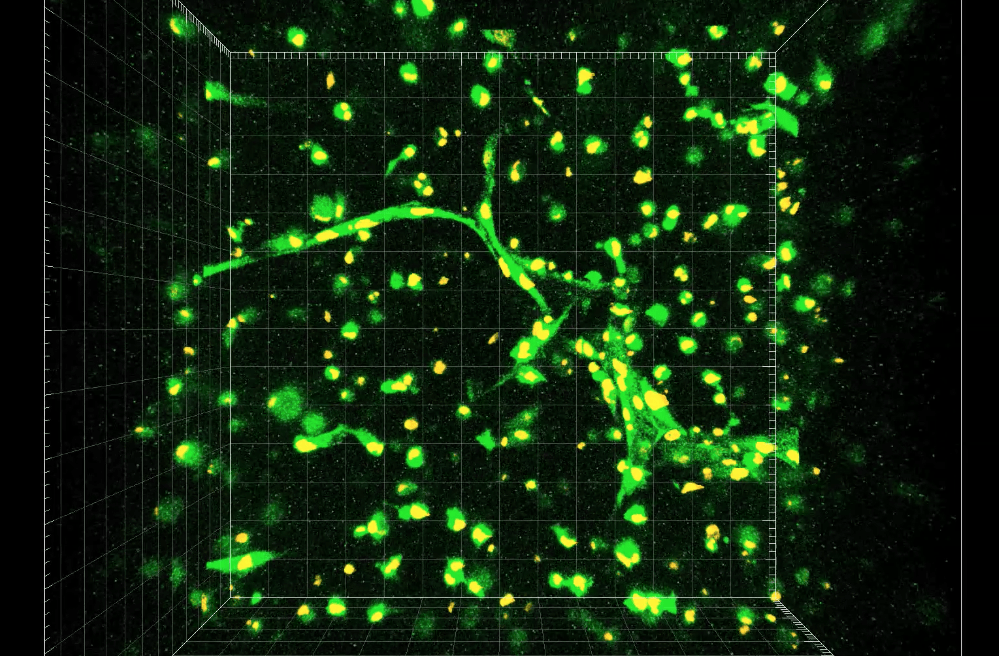 Researchers have brought 3D-printed organ and tissue capabilities a long way, but the technology still faces a few challenges. A major one is how to incorporate blood vessels into bioprinted tissue. Living tissue needs a blood supply nearby because without blood to bring in nutrients and take away waste, biological cells will die. Researchers have been able to print larger blood vessels, but functional small vessels like capillaries have been much harder to create and sustain. However, researchers at Rice University and Baylor College of Medicine have developed a new technique, published in Biomaterials Science, that might make it possible.

"We've confirmed that these cells have the capacity to form capillary-like structures, both in a natural material called fibrin and in a semi-synthetic material called gelatin methacrylate, or GelMA," Gisele Calderon, the lead author of the study, said in a statement, "The GelMA finding is particularly interesting because it is something we can readily 3D print for future tissue-engineering applications."

The benefits of this method over others include cells that can be patient-specific, reducing the risk of immune system complications, and growth environments that are well suited for organ and vasculature growth -- they're reproducible, not likely to induce immune responses and help boost cell growth and vessel development. Along with making 3D-printed organs more viable, this method will also allow for the development of tissue that could make for more effective and efficient drug testing. In a statement, Jordan Miller, whose lab the work was done in, said, "Preclinical human testing of new drugs today is done with flat two-dimensional human tissue cultures. But it is well-known that cells often behave differently in three-dimensional tissues than they do in two-dimensional cultures. There's hope that testing drugs in more realistic three-dimensional cultures will lower overall drug development costs."

You can watch a video of the cells beginning to form tubes here and Calderon explaining her work in the video below.

In this article: 3dPrintedOrgans, 3dPrinting, baylorcollegeofmedicine, biomaterials, BloodVessels, gear, medicine, research, RiceUniversity
All products recommended by Engadget are selected by our editorial team, independent of our parent company. Some of our stories include affiliate links. If you buy something through one of these links, we may earn an affiliate commission.