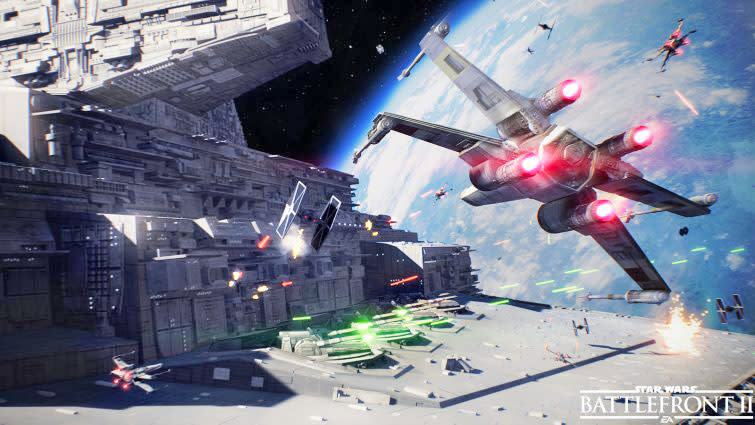 Everything we saw of Star Wars: Battlefront II at E3 this year -- the engrossing single-player solo campaign, the accessible multiplayer with planned-free DLC -- told us the game's developers had listened to feedback from the skimpy first title. You can see for yourself this fall when the game's open beta starts on October 6th, but anyone who pre-orders the game will get a two-day headstart.

The beta includes Galactic Assault on Naboo, the 40-player troops and vehicles brawl shown at E3, which seems to operate in stages like the first game's Walker Assault. But it also features another multiplayer mode that we'd seen teased in the Star Wars: Battlefront II's trailer, Starfighter Assault. Details are scarce, but it will be an "objective-based, multi-stage battle" with an assortment of familiar ships.

In this article: av, beta, dice, ea, gaming, StarWars, starwarsbattlefront2
All products recommended by Engadget are selected by our editorial team, independent of our parent company. Some of our stories include affiliate links. If you buy something through one of these links, we may earn an affiliate commission.