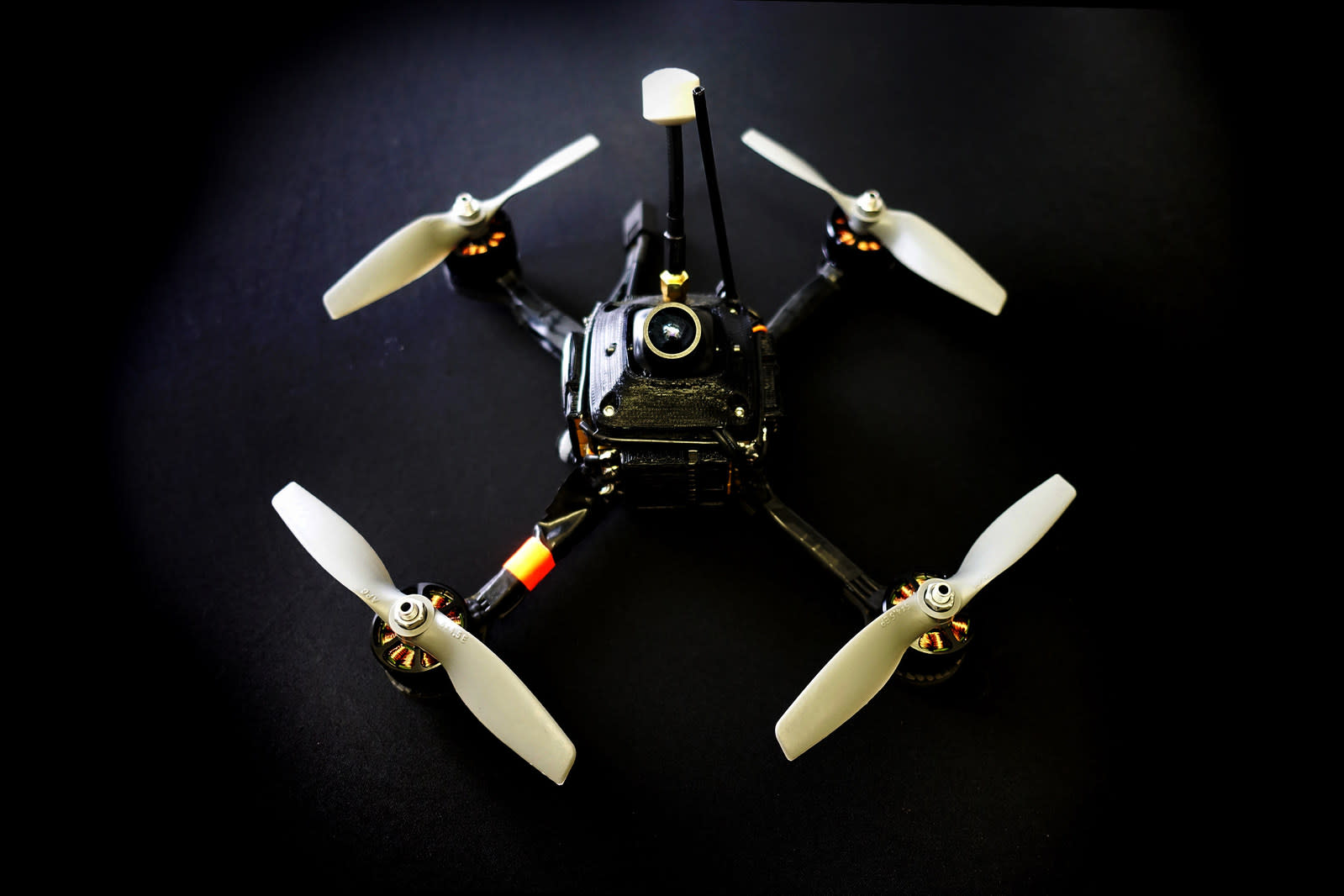 The team behind the Drone Racing League (DRL), which is in the midst of its second aired racing season, have just set a Guinness World Record for the fastest battery-powered remote-controlled quadcopter. The drone earning the title is the DRL RacerX, which was designed and built by Ryan Gury, DRL's director of product, and the company's team of engineers.

The 800 gram drone hit a speed of 179.6MPH, but because the official record is the average top speed of both legs of a back and forth flight, the Guinness entry is 163.5MPH. "The record-setting RacerX represents the culmination of years of technological innovation by our team of world class engineers, and we're very excited to unveil the fastest racing drone on earth," said DRL CEO Nicholas Horbaczewski in a statement. DRL said that earlier versions of the RacerX burst into flames when reaching top acceleration speeds because of how much power was used.

You can catch the tail end of DRL's second season on ESPN now and the London-based finale is set to air on July 28th at 9PM Eastern. You can watch a video of the Guinness World Record flight below.

In this article: drone, droneracingleague, gadgetry, gadgets, gear, GuinnessWorldRecord, quadcopter, video
All products recommended by Engadget are selected by our editorial team, independent of our parent company. Some of our stories include affiliate links. If you buy something through one of these links, we may earn an affiliate commission.