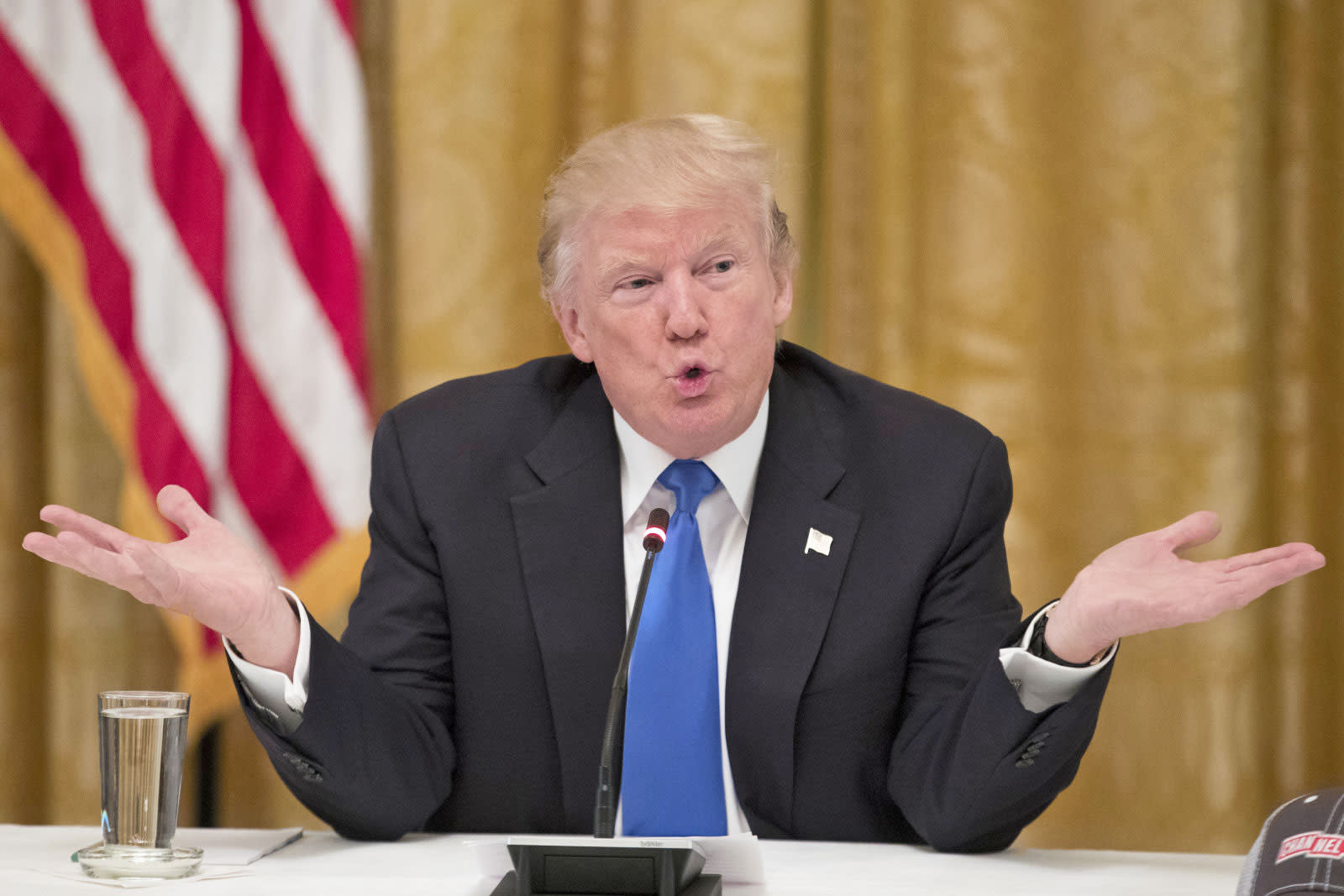 Earlier this week, journalists asked Twitter's VP of Trust and Safety, Del Harvey, whether the company could really treat President Trump's Twitter account the same way it does everyone else's. After first saying that she couldn't discuss individual accounts, which is a response Twitter representatives tend to use, Harvey added, "The rules are the rules, we enforce them the same way for everybody," as reported by Recode.

But it sure seems like some people do get special treatment from Twitter. Just recently, Rob Kardashian tweeted nude photos of Blac Chyna and while Twitter took down the images, Kardashian's account wasn't suspended. And Trump himself posted an old Wrestlemania video of himself doctored to make it look like he was knocking down and punching CNN. His account wasn't touched either. But if anyone else so much as tweets an expletive at a verified account, they could get their account shut off to anyone except their followers for 12 hours.

Plenty of people disapprove of how Trump uses Twitter. Recent polls have shown that the majority of Americans, republicans included, think he either tweets too much or finds his Twitter use inappropriate or dangerous. Some have even called for the president to be banned from Twitter.

"We apply our policies consistently. We have processes in place to deal with whomever the person may be, we try to be as consistent as possible, as scalable as possible, and there's always all sorts of context and other things that come into play that make it impossible to comment on hypotheticals as is," said Harvey. Whether those "other things" include "being famous" isn't clear.

In this article: DonaldTrump, gear, internet, politics, robkardashian, twitter, twitterabuse
All products recommended by Engadget are selected by our editorial team, independent of our parent company. Some of our stories include affiliate links. If you buy something through one of these links, we may earn an affiliate commission.