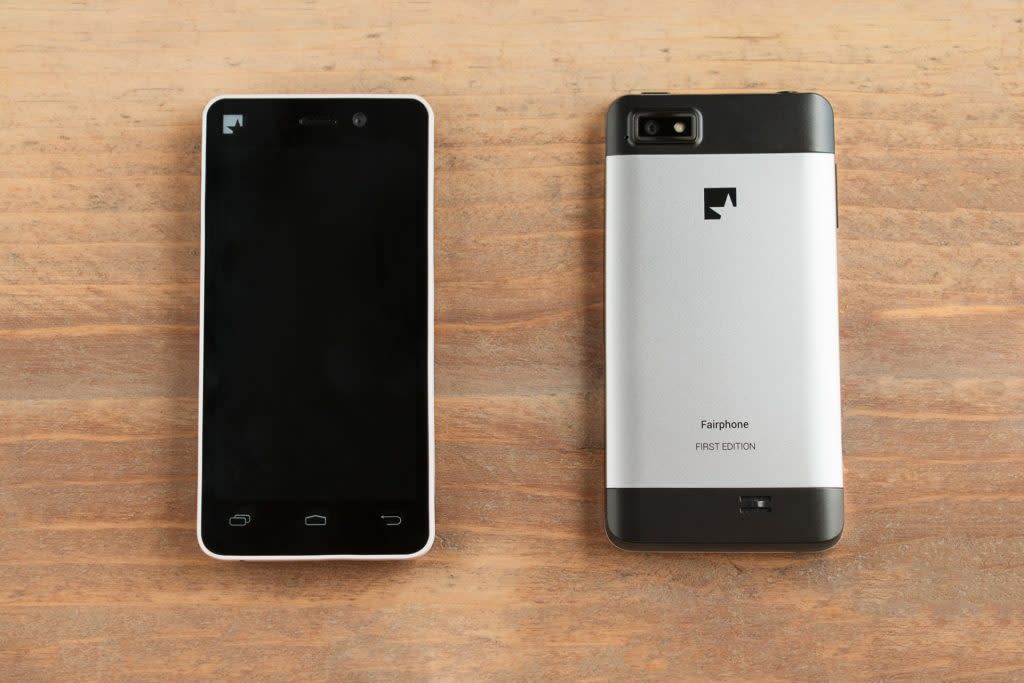 Fairphone has announced that it will no longer be supporting the Fairphone 1, which first hit the market in 2013. That means the company won't be supplying spare parts for the phone any longer and has ceased developing the Android software update.

In a blog post about the decision, Fairphone CEO Bas van Abel said it had a lot to do with sourcing and stocking spare parts. When its manufacturer stopped making phones, Fairphone went directly to the parts suppliers, but as those companies began to stop producing the parts, obtaining and stocking them became more difficult.

Abel said in the post that the company's main focus with the Fairphone 1 was to source conflict-free minerals from conflict-affected countries, adding, "By being the first phone company to offer spare parts in our online shop and working with iFixit to create repair tutorials, we were moving towards longer-lasting devices, but it wasn't our primary objective." But with the Fairphone 2, launched in 2015, the modular, repairable aspect became more of an active target. "We've learned very valuable lessons from our Fairphone 1 spare parts challenges that will help shape our approach going forward," said Abel, "One concrete step is generating more working capital to be able to buy spare parts upfront, so we can continue to have spare parts available for customers in the coming years."

As TechCrunch reports, the news wasn't taken so well by some of Fairphone's customers who expected to be able to hold onto and repair their Fairphone 1 for longer than this decision will allow. But the company sent out maintenance tips to its customers in order to help make them last as long as possible and Abel suggests that some differences in the production of the Fairphone 2 will prevent this sort of issue further down the road. "Owning the design gives us direct access to our suppliers and a better overview of what's happening in our supply chain," he said.

In this article: design, fairphone, fairphone2, gadgetry, gadgets, gear, ifixit, mobile, repairability
All products recommended by Engadget are selected by our editorial team, independent of our parent company. Some of our stories include affiliate links. If you buy something through one of these links, we may earn an affiliate commission.