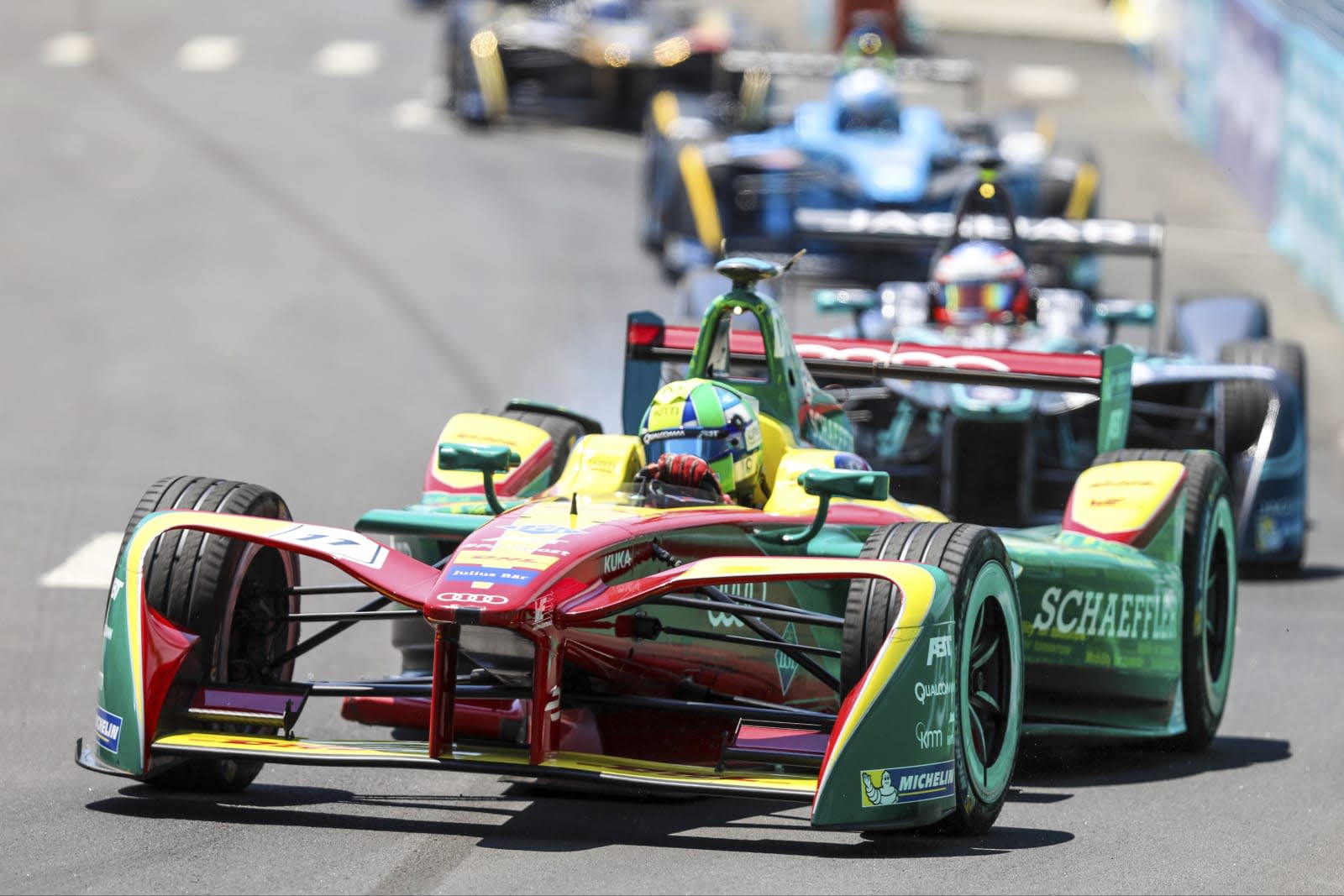 Last October, Mercedes-Benz announced that it had reserved a spot in the Formula E racing championship for the 2018/19 season and today it revealed that it would officially be entering the competition during the 2019/20 season. To do so, the automaker will be leaving another competition, the Deutsche Tourenwagen Masters (DTM), in order to focus on Formula E. In the 18 years it has competed in the DTM, Mercedes-Benz has won a slew of drivers', team and manufacturer titles. "Our years in the DTM will always be held high as a major chapter in the motorsport history of Mercedes," said head of Mercedes-Benz Motorsport Toto Wolff in a statement.

It's not the only company to make such a move. Last year, Audi ended its participation with the FIA World Endurance Championship, including the 24-hour Le Mans races, in order to concentrate on Formula E. And Jaguar and BMW have also recently joined the Formula E fold.

Participating in Formula E gives automakers a fairly novel way of both testing out their electric vehicle components against the competition and showing off what they've developed to the public. "Formula E is like an exciting start-up venture — it offers a brand new format, combining racing with a strong event character, in order to promote current and future technologies," said Wolff, "Electrification is happening in the road car world and Formula E offers manufacturers an interesting platform to bring this technology to a new audience — and to do so with a completely new kind of racing, different to any other series."

Delaying its entry into Formula E by one season was done to make sure the company had fully prepared for the competition. "This gives us time to properly understand the series and to prepare for our entry in the right way," said Wolff.

In this article: audi, bmw, Daimler, design, formulae, gear, jaguar, LeMans, mercedes-benz, transportation, WorldEnduranceChampionship
All products recommended by Engadget are selected by our editorial team, independent of our parent company. Some of our stories include affiliate links. If you buy something through one of these links, we may earn an affiliate commission.