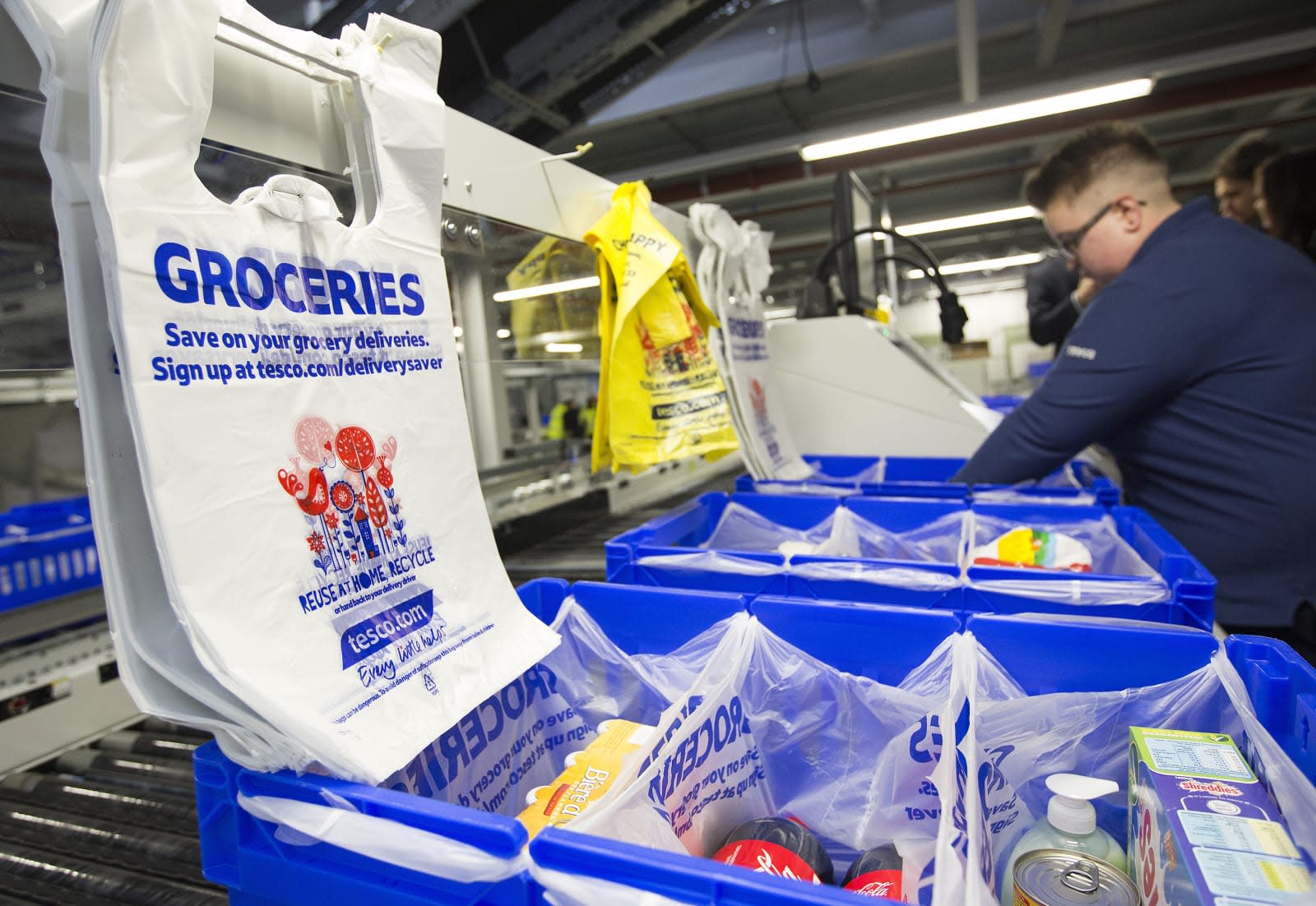 Tesco is today claiming a win over supermarket rivals and the logistical magicians at Amazon after kicking off the expansion of same-day grocery deliveries to cover the whole of the UK -- or 99 percent of households, at least. More than 300 stores are preparing to ship your weekly shop that very evening, provided you order before 1PM that is. There's no item limit, though the delivery fee can range from £3 to £8 unless you're a Delivery Saver member, who can enjoy the service free for a limited time.

In London and South East England, where Tesco first began offering same-day deliveries back in 2014, they're available any day of the week. In other regions, though, where the option will be available by the end of August (at the latest), Sundays will be the delivery drivers' day of rest.

Like many retailers, Tesco is working towards making its deliveries more convenient and immediate. The supermarket launched one-hour deliveries for up to 20 items in London last month, drawing level with Amazon and Sainsbury's in the capital. Amazon's Prime Now service offers a large number of products, including groceries, for one-hour delivery in several major UK cities and their surrounding areas. This complements Amazon Fresh, a separate service for the same-day delivery of food and other essentials, but this isn't available nationwide either.

Tesco isn't the first competitor to beat Amazon to the punch, mind. In 2015, Argos achieved something of a first by offering UK-wide, same-day deliveries on tens of thousands of its products, showing that Amazon's dominance in online shopping doesn't mean it can't still learn a thing or two from high-street mainstays.

In this article: amazon, deliveries, delivery, food and drink, food-and-drink, foodanddrink, gear, supermarket, tesco
All products recommended by Engadget are selected by our editorial team, independent of our parent company. Some of our stories include affiliate links. If you buy something through one of these links, we may earn an affiliate commission.