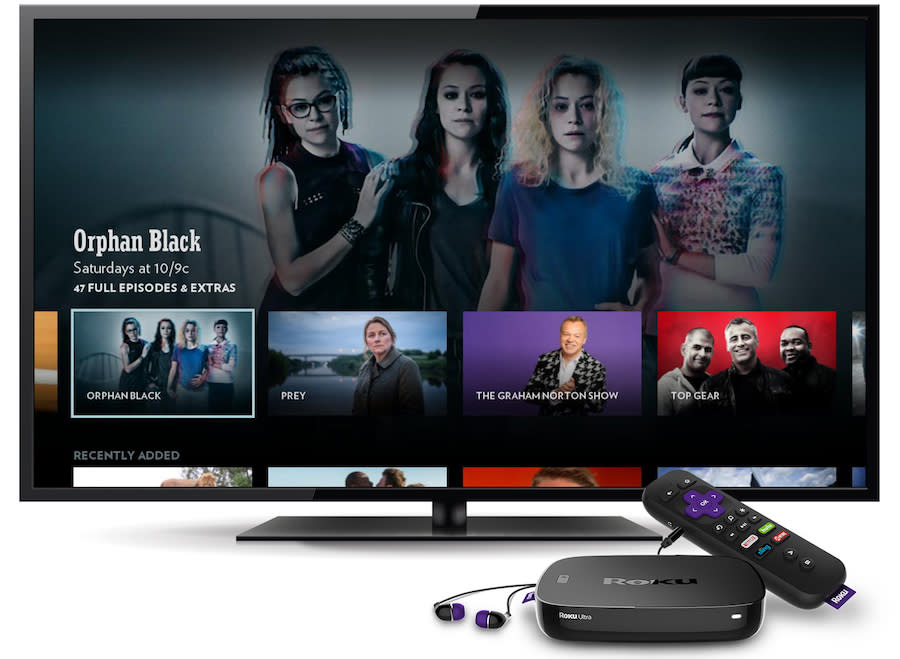 Roku has been adding a slew of new content to its streaming service lately. Recent additions include DirecTV Now, Univision, TBS, TNT and even Sling TV to the diminutive square box. If you're a fan of BBC America, you can now get Dr. Who and the world premiere of Top Gear America on your Roku as well.

BBC America is also available as a live stream on Sling TV, PlayStation Vue and DirecTV Now. It can also be found on-demand at Amazon Prime Video and as an Apple TV, iOS and Google Play app, though you'll need a cable subscription to access it. You can get the BBC America channel directly from the Roku channel store in the Movies & TV category.

The new US-based Top Gear show has eight new episodes and three new presenters, including actor William Fichtner, drag racer Antron Brown and journalist Tom "Wookie" Ford. If you want to watch it on Roku, you'll need to login via your cable or satellite provider as per usual. New episodes are typically shown a day after their broadcast on their respective networks.