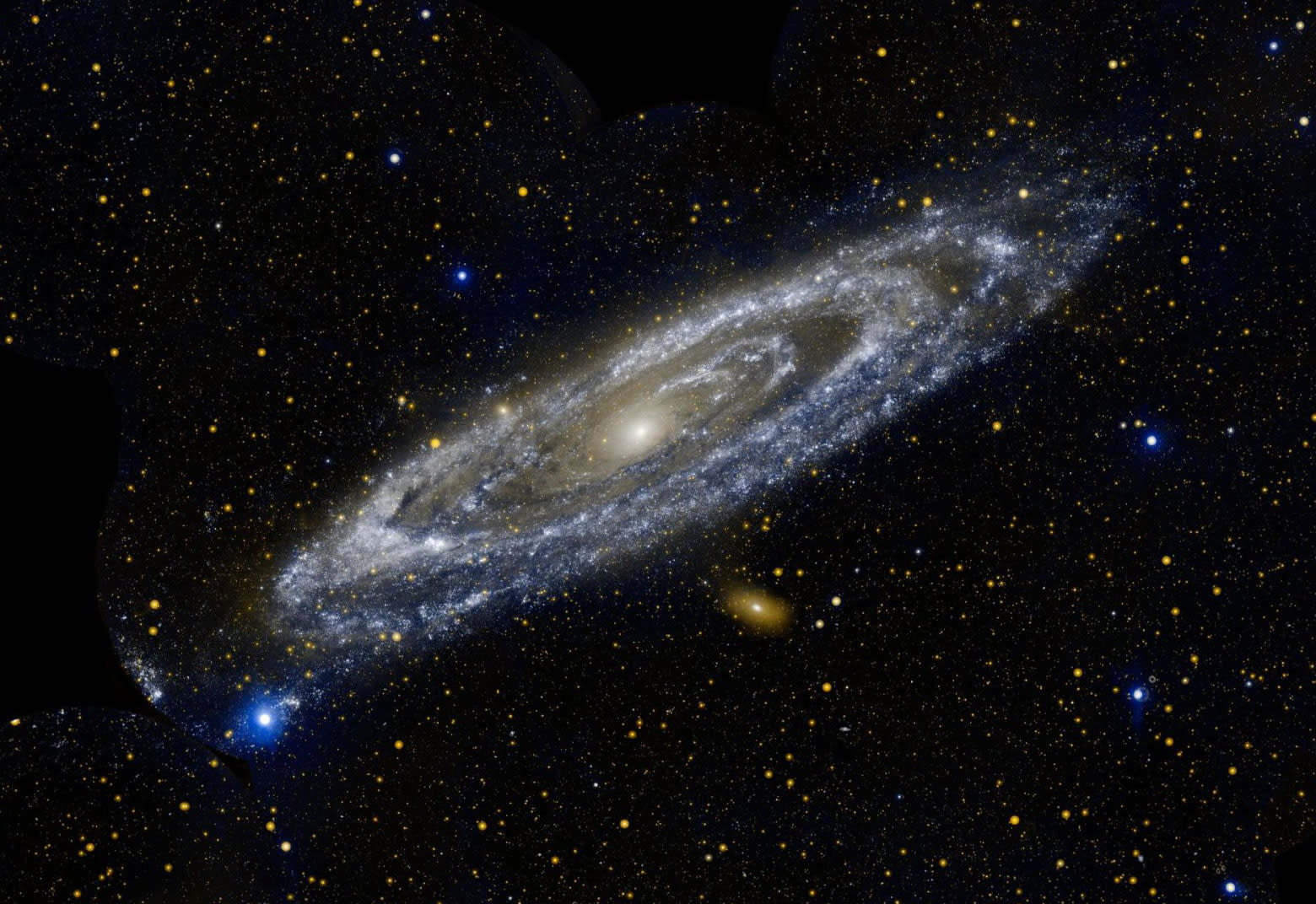 For a long time, the prevailing theory of sources of matter was that it was mostly local; the atoms that make up our planet and our bodies were from pretty close by. But now, researchers at Northwestern University have cast doubt on this hypothesis. Their research indicates that up to half of the matter in the Milky Way comes from far-flung galaxies.

Their study, published in the Monthly Notices of the Royal Astronomical Society, used a supercomputer to simulate how galaxies are formed. They took a look at different sources of matter that would contribute to galaxy growth. Specifically, the team looked at the stars in our galaxy and determined where the matter that created them originated.

Their findings indicated that while the birth of stars fueled the growth of early galaxies, it was intergalactic transfer that was responsible for later increases in mass, primarily through galactic wind. "What this new mode implies is that up to one-half of the atoms around us -- including in the solar system, on Earth and in each one of us -- comes not from our own galaxy but from other galaxies, up to one million light-years away," says Claude-André Faucher-Giguère, one of the authors of the article.

Galactic winds are fast-moving charged particles that are fueled by active galactic nuclei (more commonly known as supermassive black holes) and supernovae. They travel through intergalactic space at speeds of several hundred kilometers per second. Over billions of years, galactic wind has moved gas from far-flung galaxies to more local ones.

It's always interesting to learn more about where we came from and how our universe formed, and thanks to this study, we now know the important role that galactic wind played in our origins. This study can also tell us more about the Big Bang itself. It's a big step forward for theories about galaxy formation; the team hopes to further refine it by using the Hubble Space Telescope to test their simulated findings.

In this article: galacticwind, space
All products recommended by Engadget are selected by our editorial team, independent of our parent company. Some of our stories include affiliate links. If you buy something through one of these links, we may earn an affiliate commission.