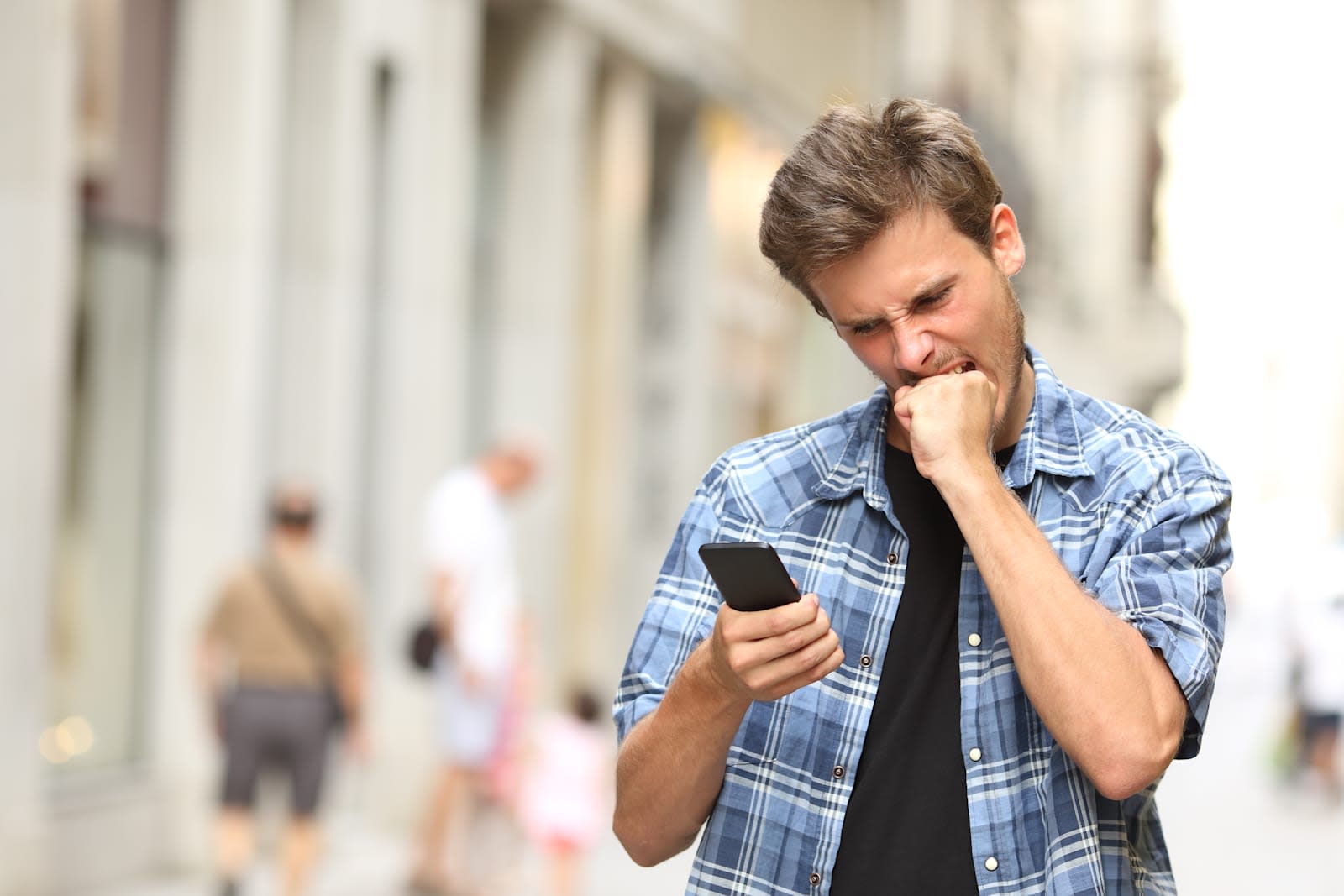 On June 15th, mobile roaming was more or less abolished across the EU. Great news for anyone wanting to drum up Instagram envy with their holiday snaps, but it's easy to forget the technical challenges -- all of a sudden, cell towers have to deal with domestic traffic and countless non-native phones vying for an uplink. It's something O2 seems ill-prepared for, having recently been caught throttling the life out of roaming connections in Dublin, Ireland.

One O2 customer took it upon himself to investigate -- pretty thoroughly, we should add -- roaming performance at various Dublin locations. Not only did he discover a 3G connection was as good as it got, but also that O2 was imposing a download speed limit of around 0.5 Mbps. What's more, an O2 pay-as-you-go SIM wasn't subject to the same throttling as his contract SIM. It's worth noting that Three and a few MVNOs were also guilty of a few bum results, depending on location.

Not all roaming agreements are equal, and you might find your 4G phone can only pick up a 3G signal in some parts of Europe. Actively throttling connections is a different matter, and could be the doing of either network on the two sides of a roaming contract. In this instance, caught with its pants down, O2 has had little choice but to own up to the practice:

We've put in temporary measures to protect the service experience for customers. We're working to remove these in coming weeks.

In other words, O2 is saying its Dublin network is struggling to accommodate the uptick in roaming connections, so "temporary measures" are necessary to keep everyone online. O2 isn't the only provider having roaming issues, mind, with some Virgin Media customers reporting they're having trouble accessing data networks abroad.

Flipping the switch on free EU roaming was always going to increase the likelihood of technical hiccups, so it's almost surprising we haven't seen a flood of teething problems. Still, it's not a good look for O2, which has known for several years -- as all providers have -- that free roaming was kicking in this summer. And what's worse than secretly throttling connections and giving customers a poor level of service is being caught red-handed. Cue an Ofcom investigation and fine in three... two...

"Data roaming surpassed all expectations we therefore have put temporary measures in place to protect the service experience for customers roaming in our Europe Zone. These firewalls are temporary and we are working to have these controls removed within the coming weeks."

In this article: eu, europe, europeanunion, gear, mobile, o2, roaming, throttling, wireless
All products recommended by Engadget are selected by our editorial team, independent of our parent company. Some of our stories include affiliate links. If you buy something through one of these links, we may earn an affiliate commission.