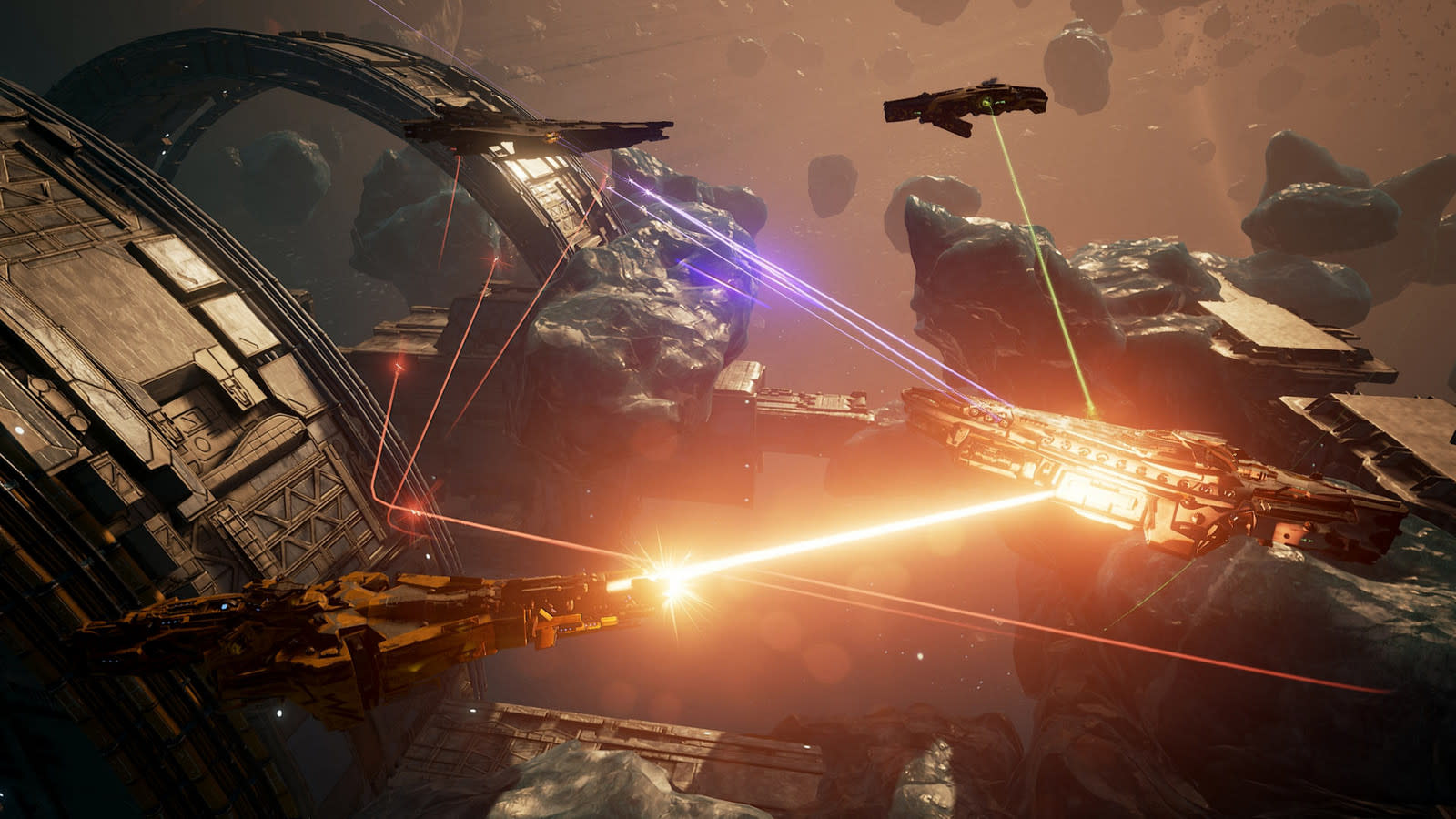 Ever dreamed of commanding a whole fleet of giant spaceships? You now have your chance. Six Foot, Yager and Grey Box have launched the PS4 open beta for Dreadnought, their long-in-the-making tactical space battler. The test expands on the long-running closed tests on PC and PS4 by giving everyone access to eight new maps, a new vessel (the Trident Hero Ship), an in-game friends list, squads and a slew of PS4-specific additions like PS4 Pro support and Remote Play. An expanded beta like this wouldn't normally garner so much attention, but the closed betas (and the open beta on PC) have racked up some positive buzz -- this is a game concept that appears to work well in practice.

To recap, Dreadnought is a free-to-play, team-based title that has players choosing just the right ships (which you can customize, we'd add) to fight in harmony. In some ways, it's a slower-paced, spaceborne equivalent to class-based shooters like Team Fortress 2 or Overwatch, where you might have to serve in a support role. One player can have the game's namesake Dreadnought dealing heavy damage while Tactical Cruisers keep it in top shape, for example. And like a classic sea battle, positioning and overall strategy sometimes matter more than your moment-to-moment decisions.

The game is due to reach both PS4 and Windows PCs sometime later in the year, and the beta will no doubt help influence that timing. It's too soon to say if it'll be a breakout hit, but its combination of cerebral gameplay and eye-catching visuals (this is basically the spaceship battle you envisioned as a kid) might give it a chance.

In this article: av, beta, dreadnought, freetoplay, games, gaming, greybox, playstation, ps4, sixfoot, video, videogames, yager
All products recommended by Engadget are selected by our editorial team, independent of our parent company. Some of our stories include affiliate links. If you buy something through one of these links, we may earn an affiliate commission.