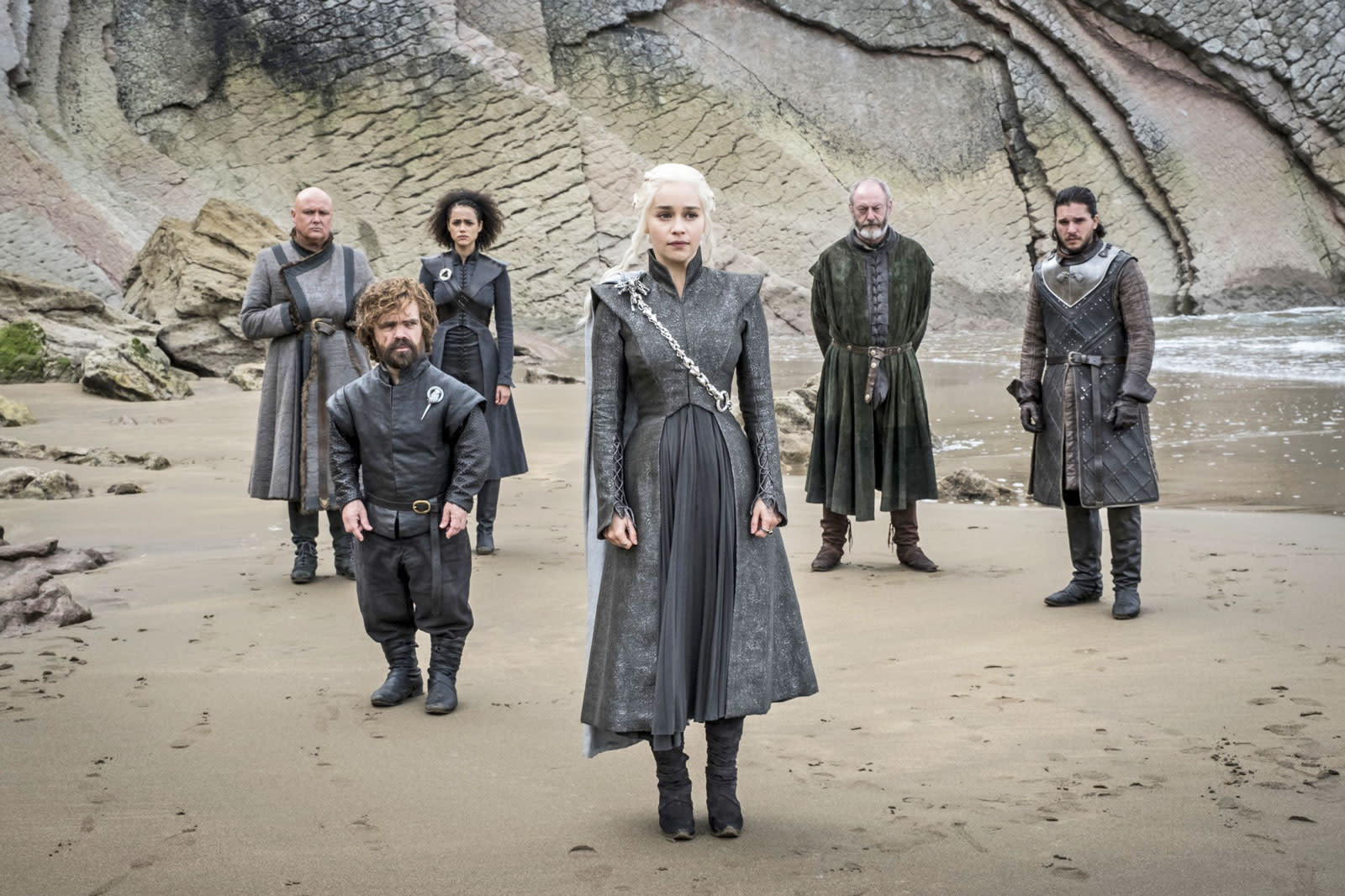 Once again a Game of Thrones episode has leaked before its intended release. The fourth part of season seven was shared online through a Google Drive link, and we can confirm it's authentic. The source is unconfirmed but it's likely part of the HBO hack reported on Monday, which included episodes of Ballers, Room 104 and Insecure, as well as thousands of company documents. Game of Thrones is, of course, HBO's crown jewel and any leaks are particularly damaging, both financially and for its public image. It's a feeling the company will be used to, however; back in 2015, four episodes of season five leaked before its series premiere.

Game of Thrones is one of the most popular TV shows on the planet, especially as it nears its final season. That level of demand, unsurprisingly, makes it a prime target for leaks. HBO has tried to combat the practice by abolishing advance screeners for reviewers. Clearly, that hasn't stopped the cybercriminals who somehow managed to weasel their way into HBO's network this week. To protect (arguably) the best show in the world, the company now needs the best security in the world too. We've reached out to HBO for comment and will update this article if they respond.

Update: According to The Verge, the leaked episode isn't related to the HBO hack from Monday. Instead, it came from one of HBO's distribution partners, Star India. While that's good news for HBO's security team, it's still a pain for everyone involved with Game of Thrones.

In this article: av, cybersecurity, entertainment, gameofthrones, hack, hacking, hbo, leak, security
All products recommended by Engadget are selected by our editorial team, independent of our parent company. Some of our stories include affiliate links. If you buy something through one of these links, we may earn an affiliate commission.