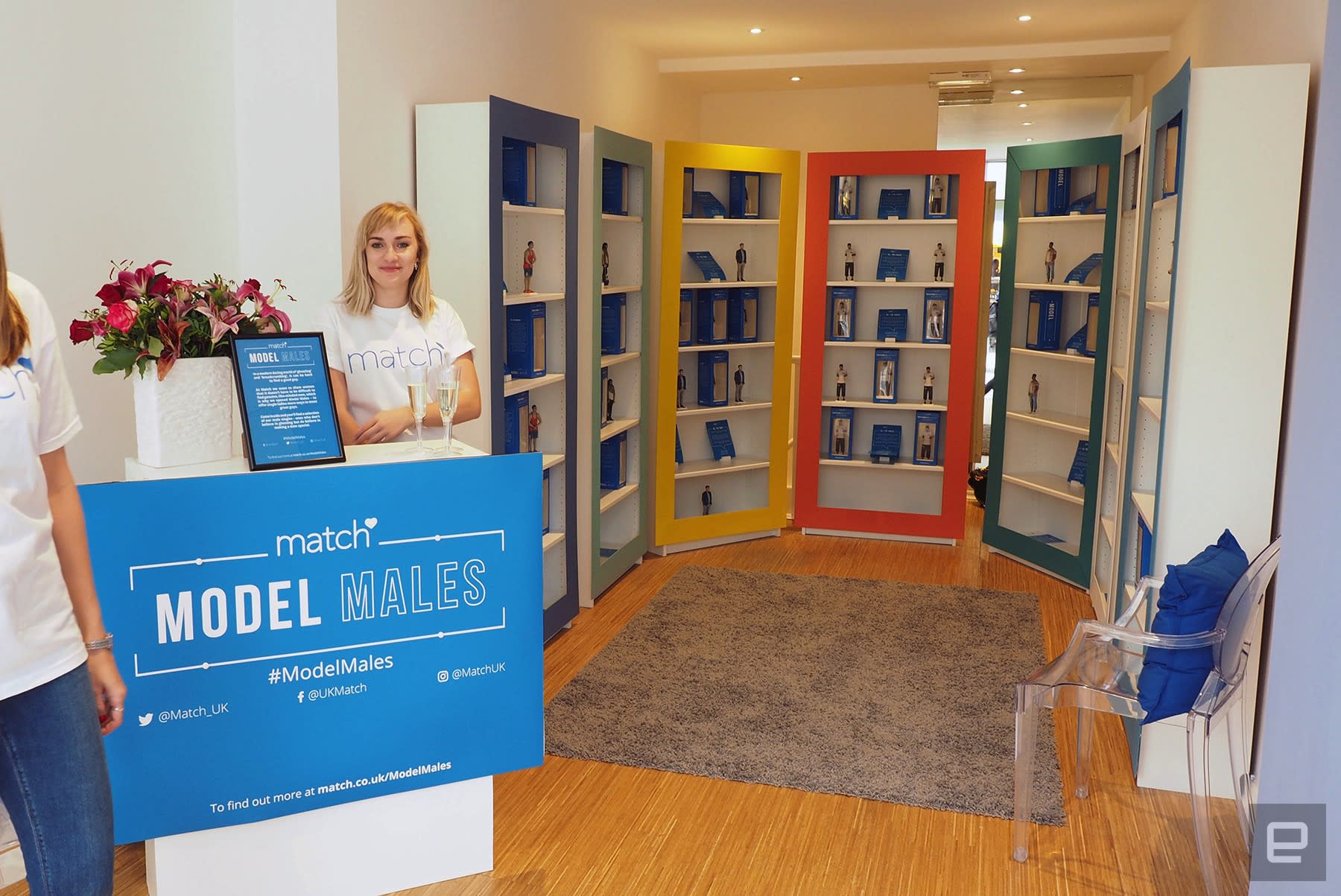 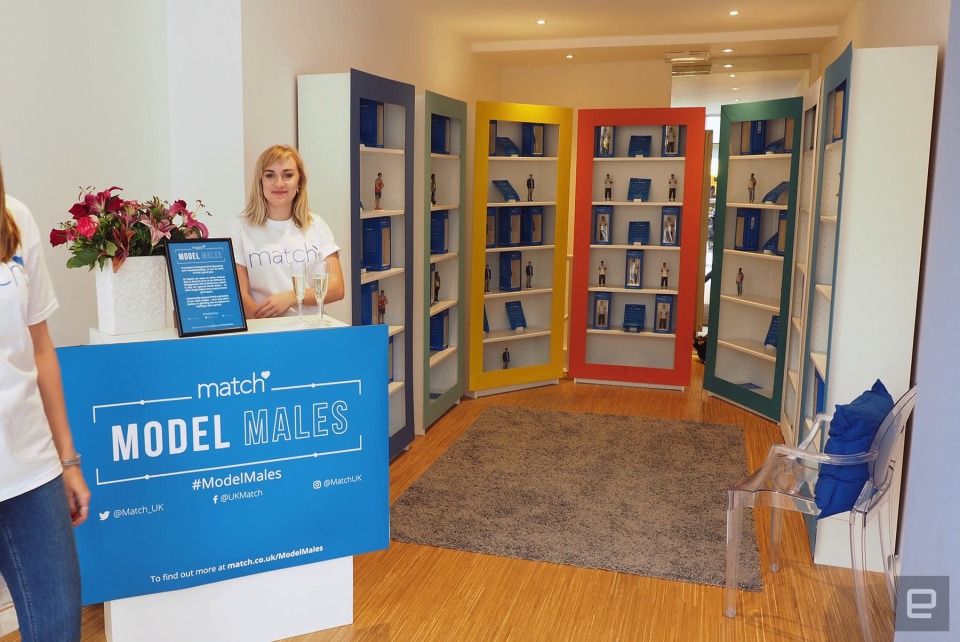 Match.com is as synonymous with online dating as Tinder is with casual bonking, but even an established platform needs a good PR push occasionally. In a campaign that would've almost certainly become national news if genders had been reversed, Match.com and PR agency Brands2Life set up a pop-up shop in London's swanky Marylebone area this week, offering free dolls modelled (literally) on the site's most eligible bachelors. Check out the gallery for totally legit bios of the short-statured singletons.

After downing the welcome gift of a glass of bubbly, single females are encouraged to browse the shelves and take away a free figurine. Not to perform voodoo rituals on, of course, but as a reminder to contact the life-sized, animate version at their leisure. There are only seven different chaps to choose from, mind. Perhaps the countless other fellas signed up to the dating service aren't attractive enough to be made into lo-fi, 3D-printed models, or they're just obviously married.

The "Model Males" pop-up shop was only open in London for a couple of days this week, but there is the potential that clones could appear in other UK cities. (Surely it's easier to just go on the website from the comfort of your own sofa? You don't have to get dressed if you're just chillin' on the sofa.) Conveniently -- from a PR perspective, I mean -- the launch of the pop-up shop coincided with the publication of important research that concluded chivalry is dead.

Apparently, men either don't text women enough, or spend too much time on their phones, or don't offer their phones to their dates with dead-batteried phones. A lot of it revolves around phones, for some reason, and doesn't include stats such as what men like and don't like about dating. Still, it's the best live marketing exercise I've had the pleasure of visiting since Vodafone's "1984G Street."

In this article: 3dPrinting, brand2life, dating, DatingApps, gear, internet, match, match.com, modelmales, onlinedating, sex
All products recommended by Engadget are selected by our editorial team, independent of our parent company. Some of our stories include affiliate links. If you buy something through one of these links, we may earn an affiliate commission.