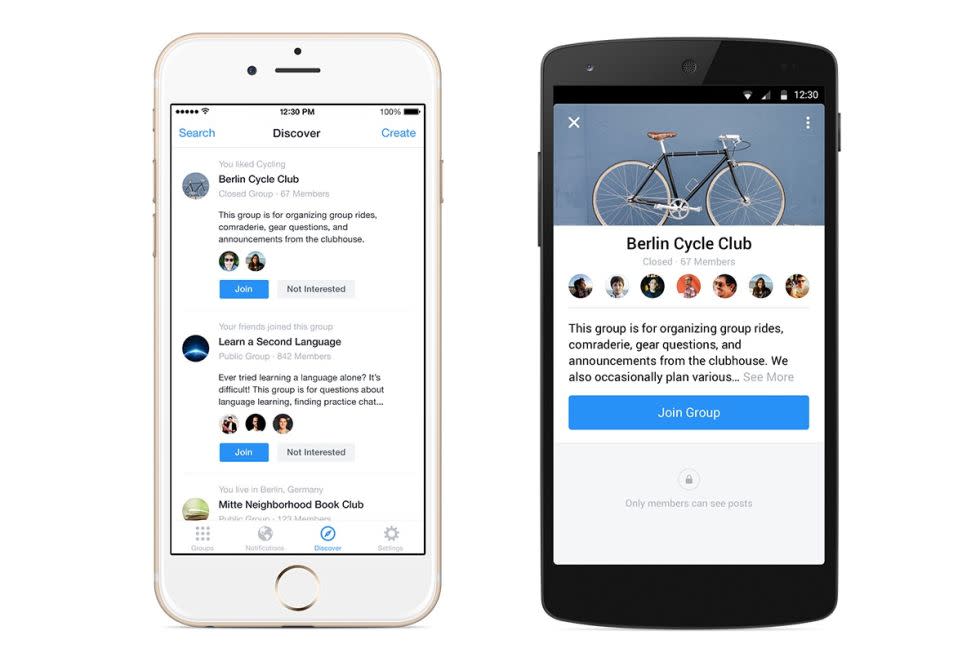 Facebook seems to be clearing out some of its app clutter. It just ended support for its high school-geared app Lifestage earlier this week and today it announced that its standalone Facebook Groups app will be discontinued as well.

Launched in 2014, Facebook Groups let users manage and interact with groups they were members of as well as more easily find new groups to join or create their own. All of these things could still be done in the main Facebook app or through the website, but separating groups from all of the other Facebook features streamlined things a bit and was particularly useful for people in a bunch of different groups.

In a statement, Facebook said, "The groups team has been working on additional tools to improve the overall groups experience and we've found that we can do more with and for the community by investing in the main Facebook app." It says community-building is still a major focus of the site.

Starting September 1st, you'll no longer be able to log into the Facebook Groups app, but all of your groups will still be accessible through the main app or the desktop site.

In this article: av, facebook, FacebookApp, FacebookGroups, gear, internet, lifestage
All products recommended by Engadget are selected by our editorial team, independent of our parent company. Some of our stories include affiliate links. If you buy something through one of these links, we may earn an affiliate commission.