'Are Aligned' turns VR into a party game anyone can enjoy

It's one way that virtual reality games can become a group experience.

There's no doubt that VR can be an isolating experience. When you've got a headset and headphones on, you're effectively blocked out from the world. That's something developer Danny Dang wants to fix with Are Aligned, a virtual reality party game he developed during Viacom Next's Music + VR Fellowship. He's hoping to recapture the magic of a party mainstay like Twister by merging together VR with a game anyone can hop into on a whim.

The concept is simple: One player wears an HTC Vive, while up to four others hold plastic balls in different colors (which contain small Vive Tracker accessories). The person in the Vive, who can see where all of those players are in VR, then has to direct everyone to place their toy balls in specific locations, represented by large floating orbs in virtual space. As you can imagine, hilarity ensues.

Like any great party game, Are Aligned is all about communication. The VR wearer has to be incredibly clear about where everyone needs to go; just pointing people to a specific spot isn't enough. Meanwhile, the players have to pay attention to all of the instructions, hold their toys in place, and avoid colliding with each other. It never gets to a point where you have to balance your limbs precariously, like Twister, but there is plenty of running around, especially when the key location ends up in an odd spot, like along a floor.

Are Aligned shares something else with beloved party games: It's incredibly easy to pick up. It takes a few minutes to get the hang of things when you're the VR lead, but for everyone else, it's just a matter of holding their toy balls and following instructions. I saw several groups run through the game while having a blast during Viacom's demo day, with little downtime to learn the ropes.

During my own play-through, I was struck by just how polished the game was. Its graphics were simplistic, but clear enough for me to understand what I needed to do while wearing the VR headset. It also handled motion tracking very well; it's a great example of the unique experiences developers can build with HTC's Vive Tracker. On the non-VR side, I thought it was clever how the plastic ball mould housed the tracker. It feels like a toy, not a piece of high-tech equipment, which is key to getting players comfortable with the game. 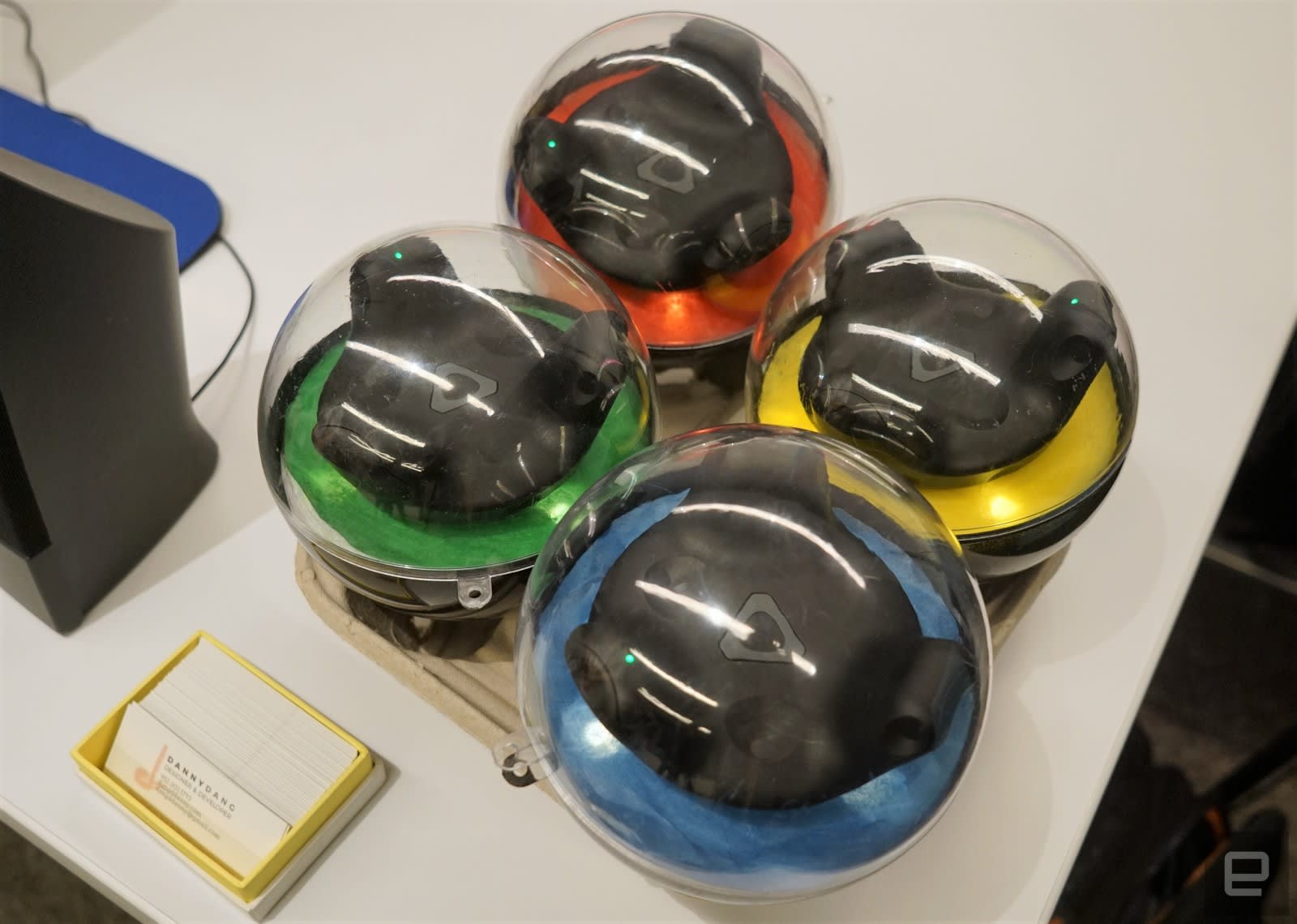 As he was developing the game, Dang says he learned to kill his darlings. "Don't settle for the first working version," he said during his demo presentation. "Keep pushing until it breaks, then bring it back." The game's polish came from plenty of experimenting. Originally, he had the non-VR players wear wrist straps that held the Vive Trackers, but he quickly realized that was a bit cumbersome. It made more sense to make the trackers more toy-like and approachable.

Looking ahead, Dang doesn't have any plans to release the game publicly. The game's audience is fairly small at the moment, since you'd need a Vive and several trackers to experience it. As it is, Are Aligned is an intriguing demo that shows off the potential for multiplayer VR to move out of headsets.