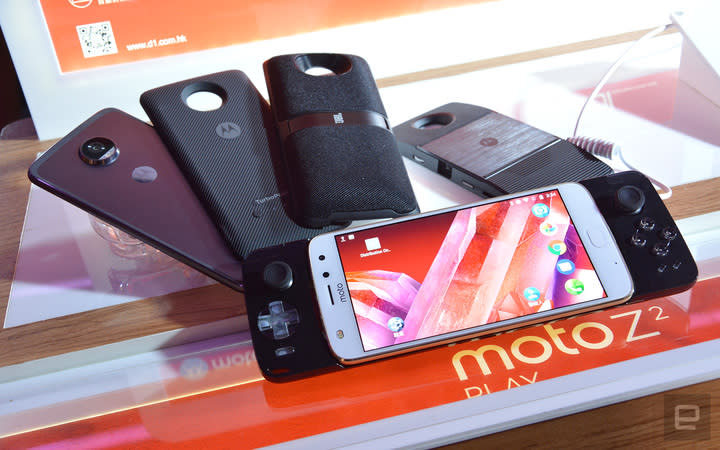 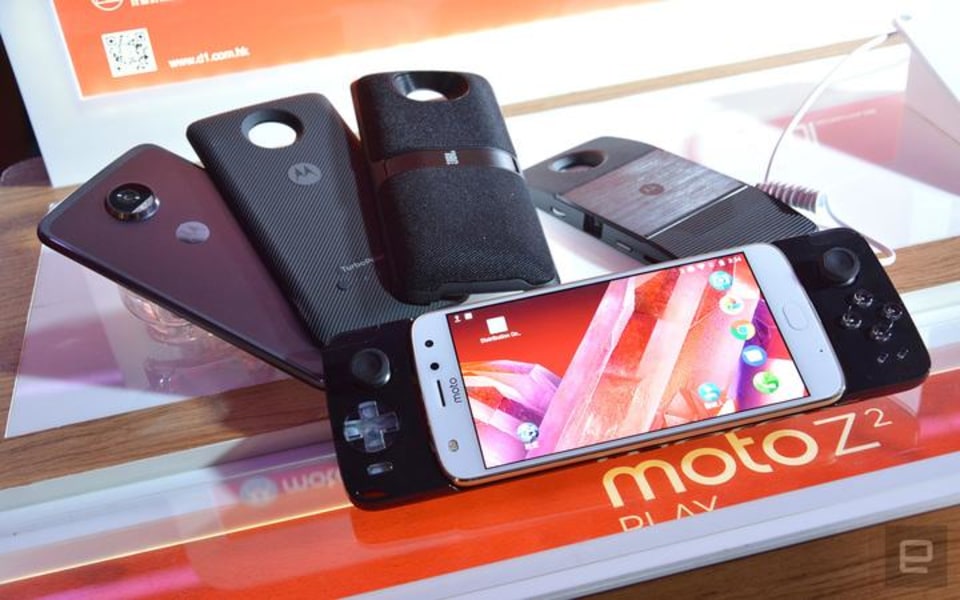 Motorola has announced the release date and price of its gamepad Moto Mod. On sale August 25th, the attachment costs $80 and is only available through Verizon.

The gamepad has dual control sticks, a D-pad, four physical action buttons and shoulder buttons. It also packs a 1,035 mAh battery that the company claims can give your phone up to eight hours of additional charge. Because it connects directly to the phone and not through Bluetooth, users shouldn't experience any gaming lag and it's compatible with the Moto Z line of phones including the Moto Z2 Force and Z2 Play. However, at approximately nine inches wide and an inch deep, it's a little on the bulky side.

Motorola also just recently launched its $300 360-degree camera mod and is working on an Alexa mod. Other planned attachments include a battery extender, a charging adapter for mods and a wireless charging back.

The gamepad is available for preorder through Verizon now.

In this article: av, gadgetry, gadgets, gamepad, gaming, gear, lenovo, mobile, moto, motomod, MotoMods, Motorola, motoz, verizon
All products recommended by Engadget are selected by our editorial team, independent of our parent company. Some of our stories include affiliate links. If you buy something through one of these links, we may earn an affiliate commission.