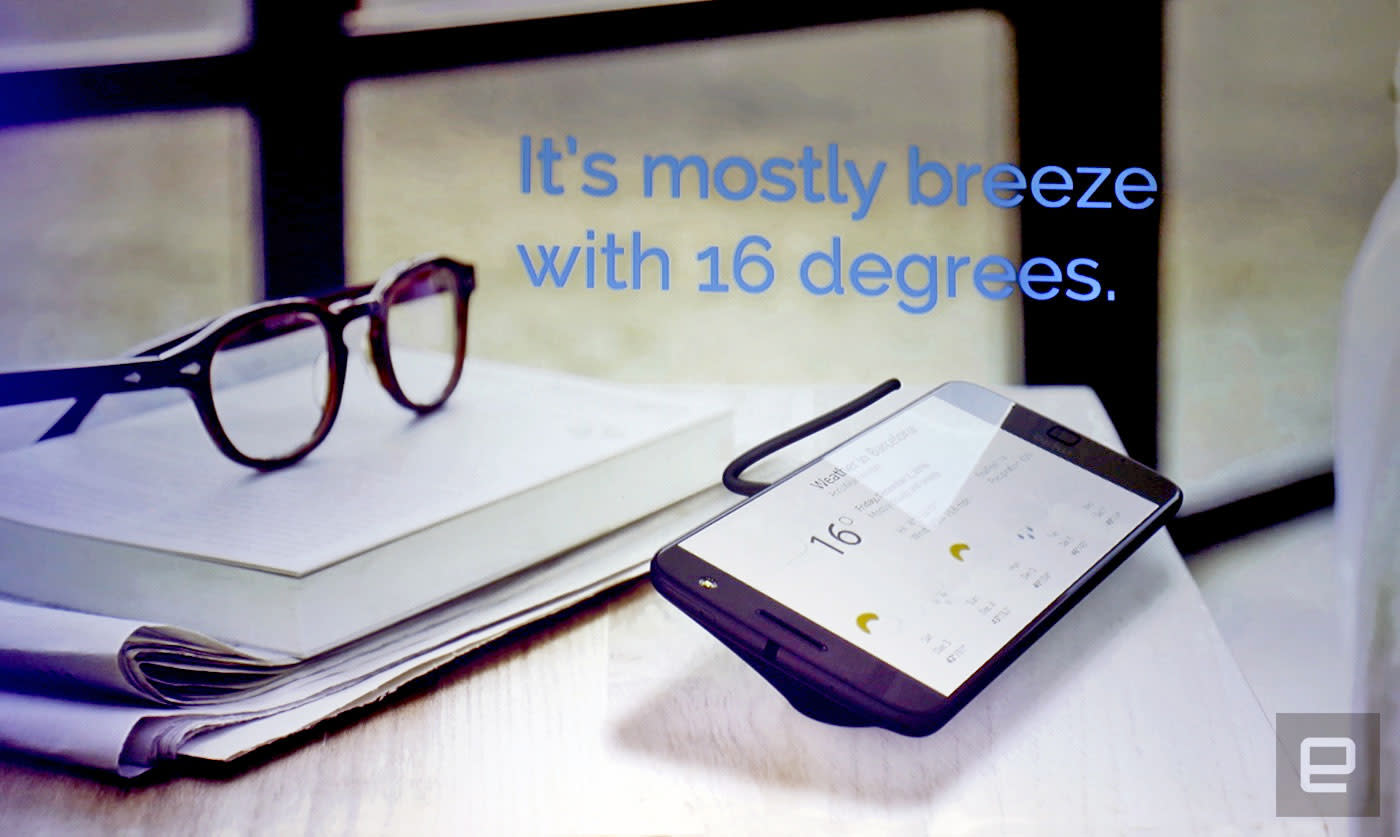 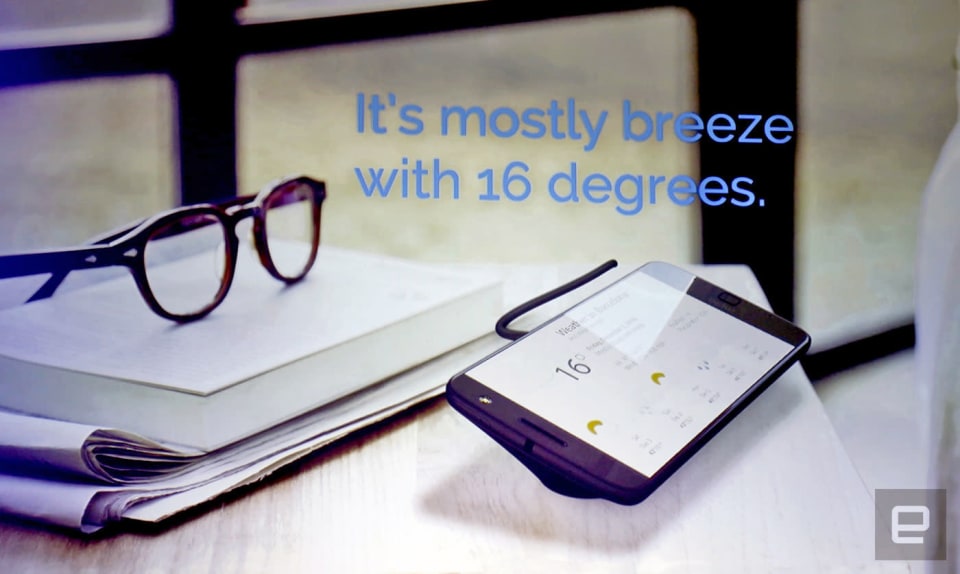 Motorola might have lured people to its MWC press conference with the promise of new phones, but the real talking point came toward the end of the event. After hyping a pair of midrange devices and some fun Moto Mod concepts, the company confirmed that it's working with Amazon to bring Alexa to Moto phones. While the first steps of Motorola's Alexa partnership are now well-known, it's the stuff that Motorola later told Engadget about its plans that seems most exciting.

Let's start from the beginning. Our first taste of this Amazon/Motorola mash-up will come in the form of an Alexa-powered Moto Mod. It was the star of an all-too-short teaser video that suggested the accessory would be made by Harman Kardon. Dan Dery, vice president of products at Motorola, then hinted that the Mod might launch alongside whatever new flagship the company releases later this year. Remember, Motorola's first Moto Z launched in June 2016, so we might not have to wait too long.

As it turns out, developing that modular add-on might be the easy bit. Despite being part of an industry that thrives on secrecy, Dery was candid about the experience Motorola wants to build with Alexa. Part of its vision includes the typical stuff: using Alexa wake-up words to ask the assistant questions and tapping into Alexa's 10,000 skills. Make no mistake, though, while this is in some ways table stakes for having Alexa on a phone, it requires plenty of work.

The other, more ambitious part of Moto's plan is to offer a deeper integration in which Alexa -- and perhaps other assistants -- can interpret data about you straight from the phone. Dery admits this is further down Motorola's road map, but it's crucial to giving users a truly valuable experience with mobile AI.

"Today when you talk to Alexa, [your commands] basically always go to services that they have in the cloud," said Dery. "But there is no proper, deep integration with the device." He used a common example to illustrate his point: He can't tell Alexa to book a table at a restaurant his colleague mentioned in an email. All of that context, stored on phones and in different apps, often exists in silos where services like Alexa can't easily gain access.

Companies like Apple and Google don't have to worry about the problem quite as much, since their own virtual assistants can access information from their own, first-party apps. For companies trying to integrate AI from their partners, though, figuring out how to fetch a user's data into realms assistants like Alexa can interpret is crucial.

"The only personal device that can really start to represent you as a user to those services is the phone," Dery said. "There is a wall between the Alexa world and my world as a user. So this is exactly what we're trying to break."

Even with Alexa onboard future devices, Motorola won't force its customers to use it. Motorola's goal, as far as Dery is concerned, is to serve users in an "agnostic way"; forcing a choice wouldn't be a winning strategy. He wouldn't confirm exactly what existing Motorola devices would gain access to Alexa down the road but noted that Motorola considers Alexa and assistants like it part of its Moto Experiences and will soon formalize backward and forward compatibility rules for those features.

For now, it's unclear whether Motorola's approach to Alexa integration is an exception or a rule. Huawei announced a similar deal earlier this year at CES, where new Mate 9 smartphones would come with Alexa on board and models in the wild would get an update. Beyond that, Huawei has been quiet about exactly how this partnership will work. A trusted, anonymous source points to an integration deeper than just plopping an Alexa icon on the home screen, adding that Alexa will likely become available on Mate 9s in March.

Still, the AI push is a pronounced one across the industry. Apple and Google have Siri and Google Assistant, respectively. (The latter, by the way, is now widely available.) Huawei is using machine learning algorithms to optimize its phones' performance. HTC's flagship U Ultra has a second screen where its HTC Companion is supposed to live. The race is on to see who can achieve the best blend of AI and features that feed into it, and we'll all benefit from the outcome.

In this article: ai, alexa, amazon, assistant, editorial, gear, machinelearning, mobile, mobileworldcongress, motorola, motoz, mwc, mwc2017, virtualassistant
All products recommended by Engadget are selected by our editorial team, independent of our parent company. Some of our stories include affiliate links. If you buy something through one of these links, we may earn an affiliate commission.