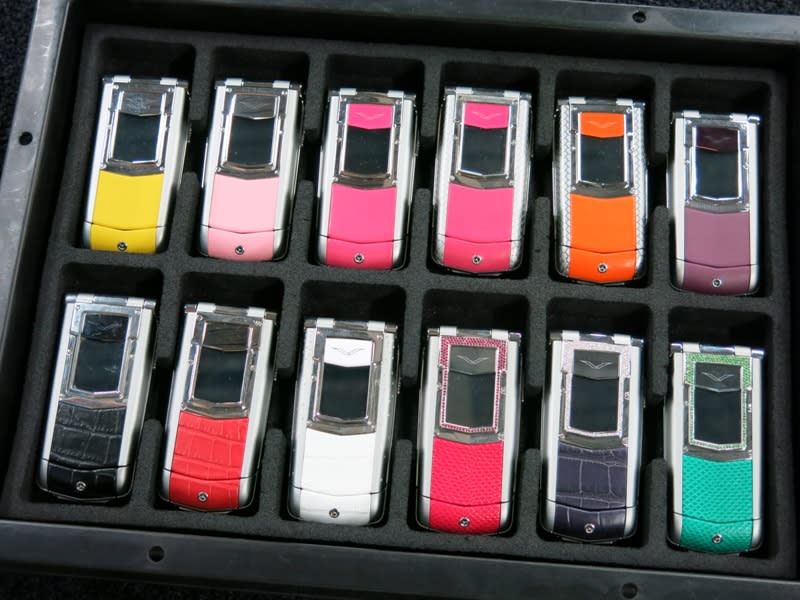 Last month, we reported that British luxury phone maker Vertu was closing up shop due to financial difficulties. Now, the company is auctioning off pretty much everything in its warehouses. If you ever wanted to snag a Vertu phone on the cheap, this is your chance.

The company is liquidating the contents of its UK factory, which included a Vertu museum. That means that a lot of the company's older phones (and newer as well) are available for grabs. Personally I think that spending 1,000 GBP (about $1,300, starting bid) for a phone that still has number keys (even if it's made of 18-karat gold and alligator leather and has a ruby key) is ridiculous, but who knows what people enjoy collecting. If you're in the market for multiple phones, the auction has those as well, with sets of archive collection Vertu phones. If you need to outfit your gang with the most stylish (and probably most outdated) matching phones, you can pick up a set of 37 Vertu Constellation Ayxta flip phones for a starting bid of 2,150 GBP (roughly $3,000). It's not just phones you can grab from this auction though. Have a hankering for a large bronze sculpture of a guy on a horse holding the Vertu logo? How about a wooden letter rack that plays the Vertu signature tune? These can be yours as well. Vertu was a respected name in the phone world, even if their phones were ridiculously expensive, so it's sad to see them come to this. And it's terrible that so many people lost their jobs. But that doesn't mean it isn't fun to poke through the auction catalog and see what exactly you can get from the now-defunct company.

In this article: auction, business, vertu
All products recommended by Engadget are selected by our editorial team, independent of our parent company. Some of our stories include affiliate links. If you buy something through one of these links, we may earn an affiliate commission.