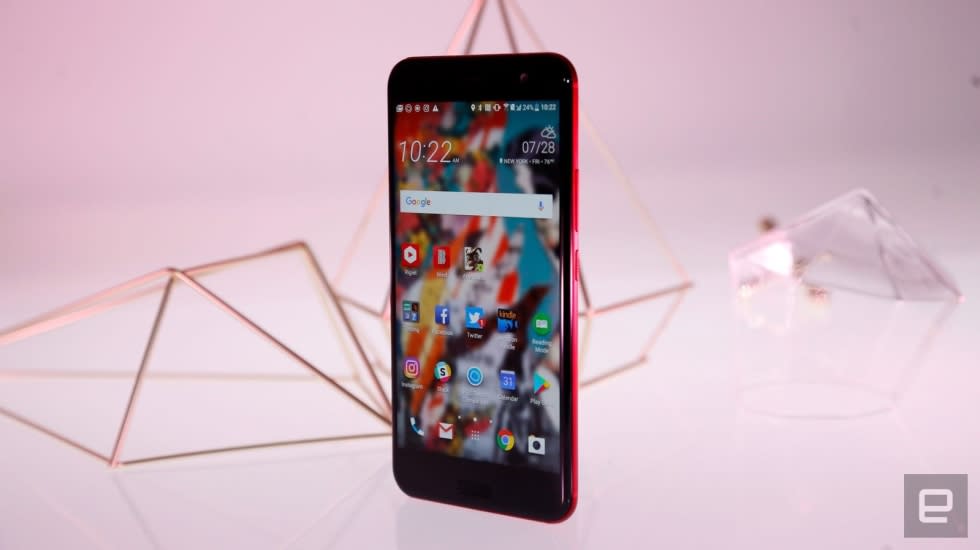 HTC's U11 surprised us when we reviewed it -- most of the company's phones have been hit-or-miss for a few years now. But the U11 is a solid Android option, and HTC just announced it'll be a little more future-proof now, as the device just received certification for Bluetooth 5.0. It's one of only a few phones on the market with the feature (including the Galaxy S8), so it's worth noting that the U11 will be able to take advantage of the much faster speeds the standard offers.

U11 owners should be aware that even though the device has been certified for Bluetooth 5.0, it won't actually be able to take advantage of these enhanced features until Android O launches a little later this year. But when it does, the U11 will be one of the better devices out there to work with smart appliances as well as smart watches -- with the bottleneck of slow Bluetooth speeds removed, those devices should work a lot better.

Unfortunately, according to Android Central, the U11 won't support transmitting over greater distances, one of the most notable features of Bluetooth 5.0. The site notes that not all of Bluetooth 5.0's features have to be supported to receive certification -- it's a bit confusing, but at the very least U11 owners can look forward to faster data transmission speeds when Android O arrives.

In this article: androidO, bluetooth, bluetooth5.0, gear, htc, mobile, U11
All products recommended by Engadget are selected by our editorial team, independent of our parent company. Some of our stories include affiliate links. If you buy something through one of these links, we may earn an affiliate commission.