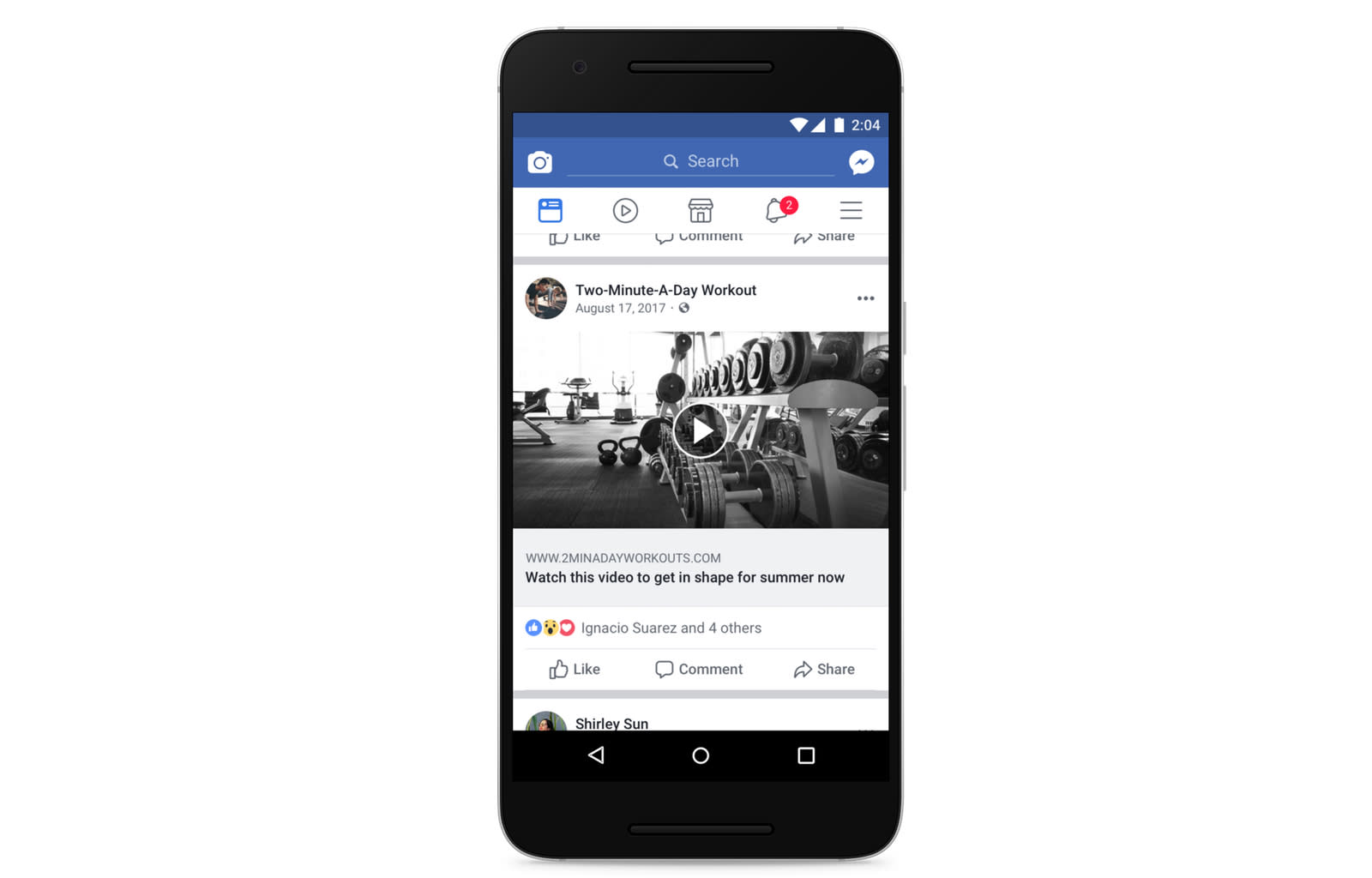 In a bid to promote "authentic communication," Facebook will now demote clickbait stories that present static images as video along with images with fake playback buttons in them. While the former practice just ends up confusing users, the latter actually tricks people into clicking through to a website. Both techniques are frowned upon by the social network, which says it wants to "improve the integrity of information on Facebook."

Facebook has been working to halt the spread of hate speech and fake news for a while now. It shut down an internal forum for harassment earlier today, recently started using AI to detect fake ads, began adding facts to fake news shares, acquired a startup's technology to fight video piracy, disabled modified link previews, and added a set of educational guides to counter fake news. The company has had its missteps, of course, like when it shut down a black activists account for posting threats that she herself had received.

In this article: clickbait, facebook, fakenews, gear, internet, posts, scammers
All products recommended by Engadget are selected by our editorial team, independent of our parent company. Some of our stories include affiliate links. If you buy something through one of these links, we may earn an affiliate commission.