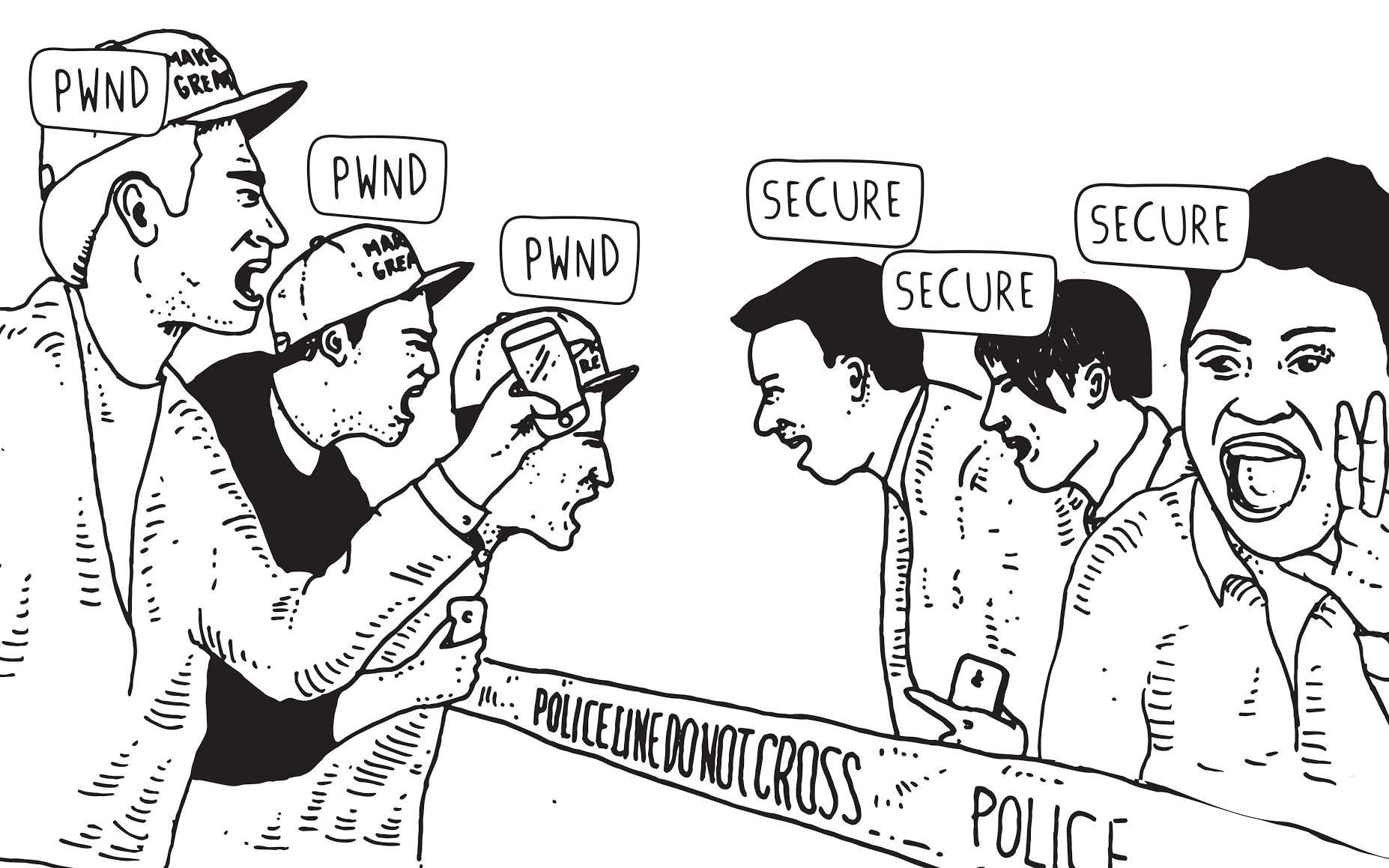 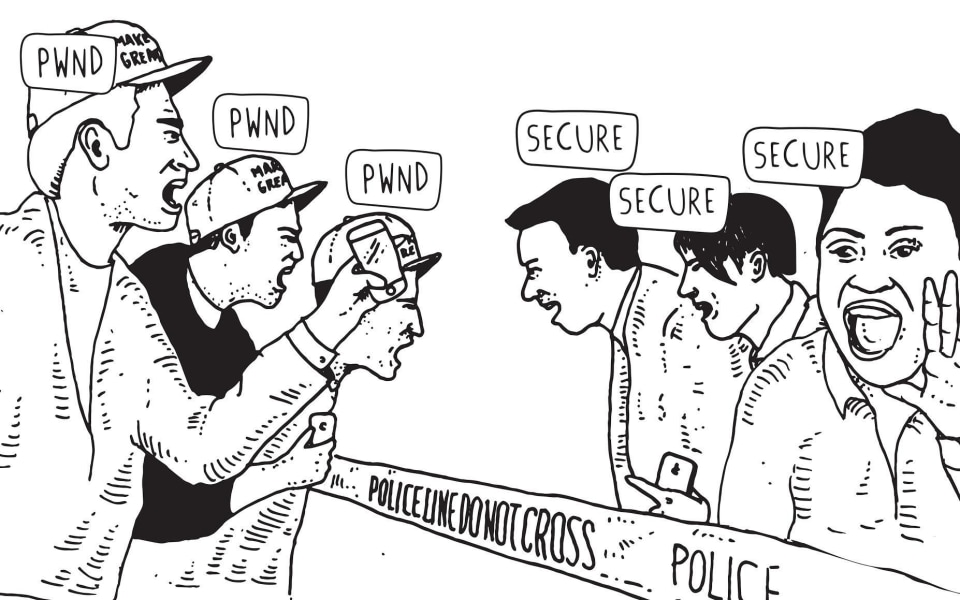 On Wednesday, alt-right group Patriot Prayer got its permit for a weekend rally on federal land inside San Francisco. It was issued despite strong opposition from Mayor Ed Lee and city officials, state lawmakers and House Democratic leader Nancy Pelosi.

This hate group circumvented the city and state because it chose a location on federal land -- a situation of concern to every community that doesn't want a Charlottesville on its doorstep. And because we don't have a choice, we're getting ready. That doesn't just mean counterprotests, but our entire police force will be on guard -- and because we're a city of technophiles and hackers, citizens will be paying particular attention to our phones and networks.

Like every city in America, we don't want out-of-control dudes with tiki torches cosplaying Nazi Trump or murdering people with their cars. We especially don't want to be making a "safe space" for Patriot Prayer, the same organization that nursed the Portland hate-crime murderer. To top it off, The San Francisco Examiner reported that militia group Oath Keepers said it'll be at the rally too, which is planned for Saturday, August 26, at Crissy Field in San Francisco.

During the Wednesday press conference at City Hall, Mayor Lee, Supervisor London Breed and SFPD Chief William Scott explained the permit's tight restrictions for Saturday. Along with no firearms (and a long list of other things) the police chief said tech like drones and large cameras won't be allowed either.

This means everyone will be using their phones for everything, stretching cell-tower networks to their limit. If you're nearby, expect your phone to constantly be looking for signal and, in turn, for that to run your battery down fast. Data will be slow, if not brought to a shuddering standstill. If you're attending, plan to communicate with friends via text message (preferably an encrypted-text app like Signal) because DMs probably won't work.

Featured Patriot Prayer guests are telling their "warriors" to "suit up and boot" for a fight in San Francisco. They should probably care more about the security of their phones than the insecurity of their nationalist masculinity, though.

In case they haven't noticed, hackers have declared "open season" on Patriot Prayer-style enthusiasts: Getting confrontational MAGAs all in one spot with phones in hand is a hacker's dream come true.

The same goes for the authorities. Police and law enforcement will absolutely be monitoring social media and intercepting traffic for threats, changes in plans, and anything they can use to find crime. Police can target specific areas with tools like Media Sonar that simultaneously monitor posts on Facebook, YouTube, Instagram, Vine, Periscope and Flickr, among others.

In addition, authorities are more frequently using fake base stations, also called "IMSI catchers" or "stingrays" to track the activities and locations of citizens at protests and to intercept their communications. They're used by police and the federal government in the U.S. for what's called "lawful surveillance." The "lawful" part is up for debate, according to digital-civil-liberties groups. In countries outside the U.S., this practice has been commonplace for quite some time. Basically, if you're going to any of the weekend's events in San Francisco, or any other city for that matter, prep your phone for being in a crowd, being surveilled, and in case things get weird.

Android, iPhone, Blackberry ... whichever phone you have, there are a few things you'll want to do to it before you go anywhere near neighborhoods that might have a rally, march or protest coming by. What matters most is that you know how to best use the phone you have, and find out any limitations in function, form or in securing your privacy before you use it.

It might feel like our phones are being used against us, but our devices are where we find power and leverage as citizens -- so leaving them at home is never an option.

Ultra-cautious Android users will want to check out apps like SnoopSnitch. This app collects and analyzes mobile radio data to make you aware of your mobile-network security. It warns about threats like fake base stations (the above-mentioned IMSI catchers), user tracking and other red flags like unexpected over-the-air updates.

You can counteract data collection, malicious hacking, potential government spying and stalkers by following a few best practices. Turn off Bluetooth and don't let your phone join open Wi-Fi networks: This will prevent a significant number of hacking attacks. Put your phone in "airplane" mode until you need to use it, both to reduce your surveillance risks from fake cell towers and to save your battery.

Log out of all nonessential accounts and apps when you go to any event like a march or protest. This will also reduce your surveillance risks and any risk you'll face if you get hacked. Essential apps to stay logged-into are the ones you use to share the event (and media associated with it) and communicate with your group. Use encrypted apps, like Threema, Signal or even WhatsApp for this.

You may hear people telling you to get or use a "burner" phone for the protests; this is a phone you use when you leave your actual phone at home, and you can make it as anonymous as you like. If you want to learn more in detail and find technical instructions for everything described in this article, like burner phones, I talk about it in extensive detail in How to Be a Digital Revolutionary.

Keep your phone PIN or password protected in case it falls into someone else's hands. Avoid using the fingerprint unlock for your phone too: It's legally less protected than your password or PIN. Also, your finger can be used to unlock the phone without your consent, and authorities have been reported doing this. To this end, the timing of San Francisco's Nazi invasion is good for those who have access to a certain new Apple feature. This week news hit of what people are calling the iPhone's "cop button."

An iOS 11 trick, currently in beta, allows the user to quickly disable the fingerprint-passcode-entry feature Touch ID when the power button is pressed five times in quick succession. An option to dial 911 pops up on the screen, but Touch ID is disabled unless the user enters her passcode (which is harder for law enforcement to oblige you to do).

To get your phone ready for action

You should definitely do a quick inventory of the apps you use for taking photos, recording video, posting status updates and communicating with your community. Make sure they're easy to access. Some phones will let you assign a key or make a shortcut for taking photos or video; set that up so you're always ready.

Lastly, put a few files on your phone that you can access without having to use WiFi. Make one a map of the areas you'll be in. Consider including a file of emergency contacts, like your family, an attorney or a legal hotline. On the ACLU's Know Your Rights page, you'll find a variety of docs that list your rights in different situations. These are great because it's hard to focus when you're under stress. Examples of things you may want to keep with you include "Demonstrations and Protests," "If You're Stopped by Police," "Photographers" and "LGBT High School Students."

As a lifelong San Francisco resident, I can tell you that Patriot Prayer has no clue who they're dealing with. Like many, the only San Francisco they know is that of an outsider; one who thinks that only recently transplanted techie jerks live here. That's partly true, but it's not actually who we are. Even if idiot techies who've flocked to carpet-bag on our shores are too ignorant of history to spot the hypocrisy of "free speech" Nazi Facebook groups, we San Franciscans can see their bullshit coming from a galaxy away. 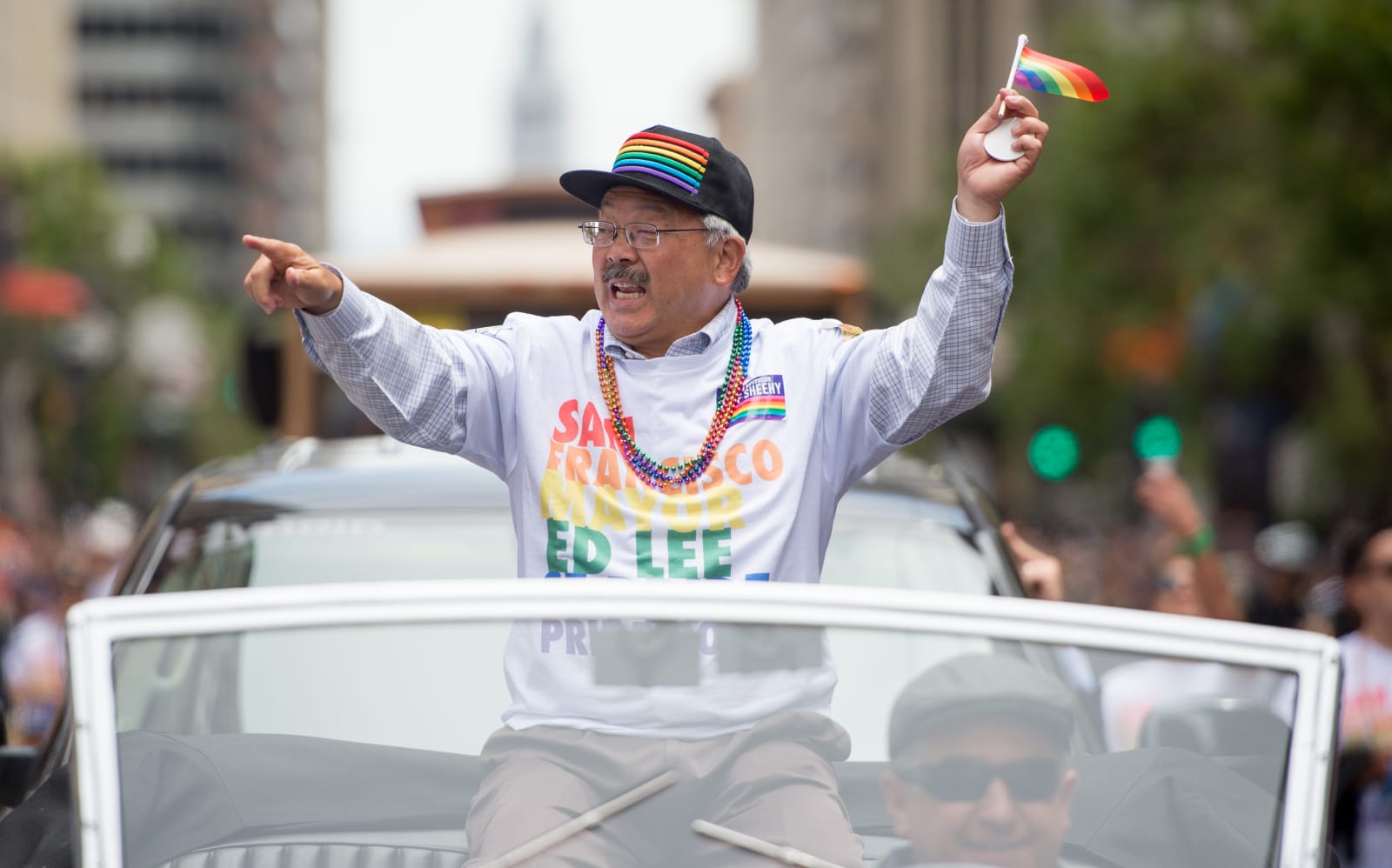 My city is a place that knows the deadliness of fascist rhetoric and ideals like theirs. The first diagnosis of Kaposi's sarcoma occurred here on April 9, 1981; San Franciscans then lived through the horror of an entire population nearly eradicated by AIDS that was hastened by Republican neglect comparable to Hurricane Katrina. Unlike Trump and his extremist Nazi followers, we have triumphed over genuine discrimination and life-threatening adversity, and we have the brains to think through the egregiously harmful eventualities of their childish, selfish and hypocritical worldviews.

We are a colorful, tough city of fighters and survivors. Our capacity for love and acceptance is as fierce and immovable as our strength and resilience to fight for what's right: These things are immutable to us. Our city is not only diverse, it is considered a "gay mecca" -- a place where people of all genders and orientations are welcome, and we will tear down the sky to protect you.

So, you know. Patriot Prayer's little nudge-nudge-wink "we're not violent" hypocrisy "free speech" roadshow will come here and get their little kicks, then move on to the next town that doesn't want them. In the meantime, everyone please secure your devices and do be safe while Reddit is in town.

In this article: ACLU, badpassword, column, EdLee, ImsiCatcher, mobile, MobileSecurity, opinion, PatriotPrayerRally, personal computing, personalcomputing, politics, SanFrancisco, security, services, SnoopSnitch, stringray
All products recommended by Engadget are selected by our editorial team, independent of our parent company. Some of our stories include affiliate links. If you buy something through one of these links, we may earn an affiliate commission.
Share
Tweet
Share